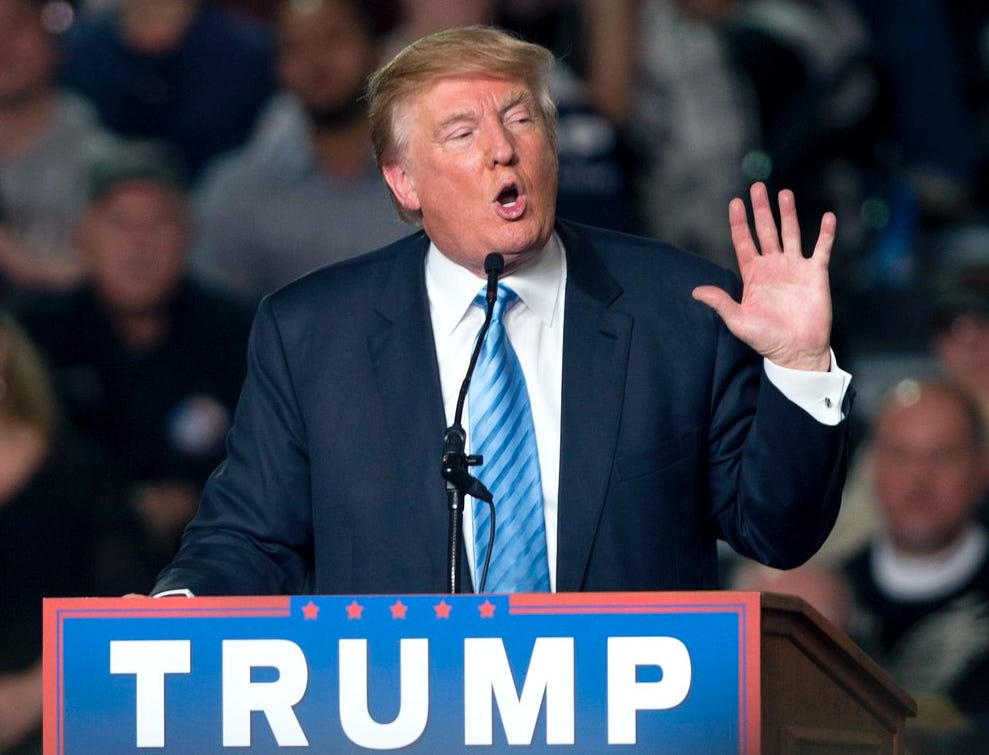 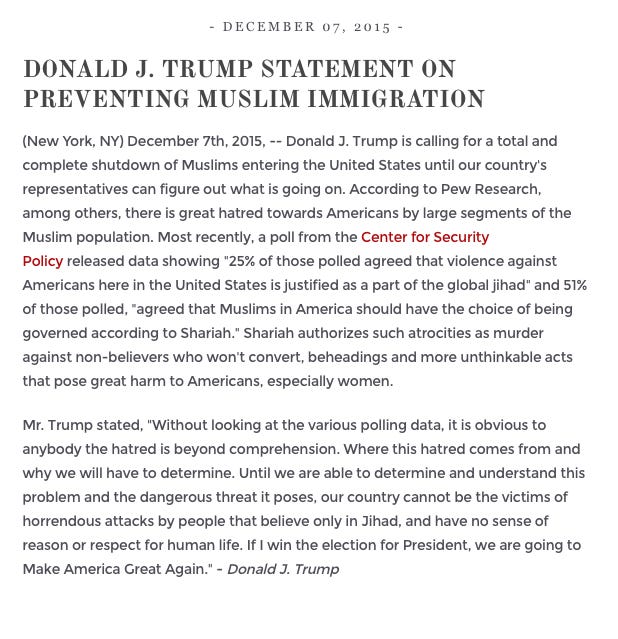 And there he goes, Donald Trump, the craziest man to walk this earth. Listen I don’t want to get political here but that’s the thing, this isn’t even politics anymore, it’s a show, it’s a circus act. Nothing Trump says is real, nothing is practical or sensible or has any possibility of working. I laugh because he’s funny and his face is absurd and he puts people down like a middle school bully, but the actual meat and bones of everything he says makes ZERO real sense. It’s all just absolutes and crazy talk. Kick out all the Mexicans, build a giant beautiful wall, stop all the Muslims from being Muslim, more Mountain Dew in the vending machine and chocolate milk will come out of the water fountains, America will win! Those are legit all of his policies, it’s banana land.

But that’s not the point of this blog, the point of this blog is to say that I know exactly what Donald Trump is doing and in a way, it’s genius. I think anyone with half a brain knew Trump was never serious about being President. He’s a career narcissist desperately searching to quench his bottomless ego. Look at what happened after he said stop all Muslims from coming into America. 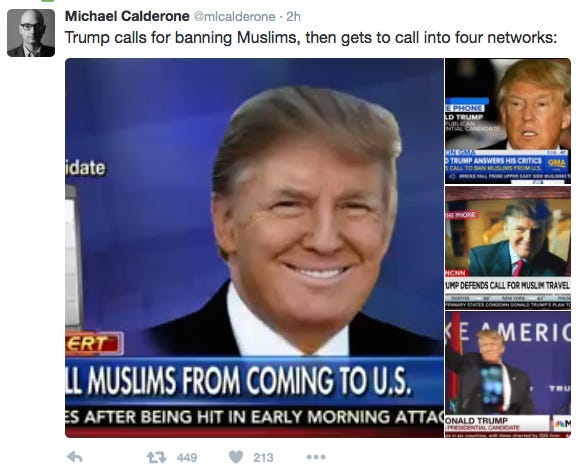 Mission accomplished. Say something crazy, have everyone talk about your craziness, go on TV to double down on crazy, rinse and repeat. But what Trump is doing now is the smart part. He knows this all has to end soon, he knows Marco Rubio is a legitimate candidate and the Republican party will most likely nominate him. So how does this all end? Basically by saying the craziest things possible until he’s forced to withdraw, thus keeping all his “street cred” and ending the charade. It’s like when you want to break up with a girl and you’re young and immature. So instead of outright saying “I’m done”, you act like a dick and make her break up with you. Ignore her texts, say dickish things, force her to start hating your relationship. Then after she breaks up with you, the possibility of a hook up is still there because technically she’s the one who ended it not you. That’s what Trump is doing. He wants America and the Republican Party to break up with him so that he can save face and possibly fake run again in 4 years. Like I said, it’s genius. He may be a walking talking buffoon, but he’s a god damn savvy one.

Real Talk, to all the diehard Republican stoolies out there (and contrary to popular belief I’m not registered to either party but I’m sure the 18 year old’s who just started following politics will yell at me that I’m libcat). Aren’t you embarrassed by this guy? Like the Republican party should stand up to him and do something, because he’s dragging all the other candidates through the mud and making this a gutter war. I actually have a buddy who works in politics in Washington and he’s convinced Trump (who was a lifelong Democrat up until recently, something a lot of people just don’t ever talk about) is a Clinton mole sent to fuck up the entire Republican Party. Think about how crazy that theory is and then realize it’s actually not that crazy. I mean Marco Rubio, while I’m not a huge fan, is a legit candidate, yet all anyone talks about is Trump and his antics. I don’t know, if I were a diehard true republican I’d be fucking pissed that this thing has gone on so long. Yeah it’s funny and we all get a kick out of it but at some point enough is enough and you need to close up the circus right?

Step 1. Stop Trump for doing everything.

Step 3. Make it a real race