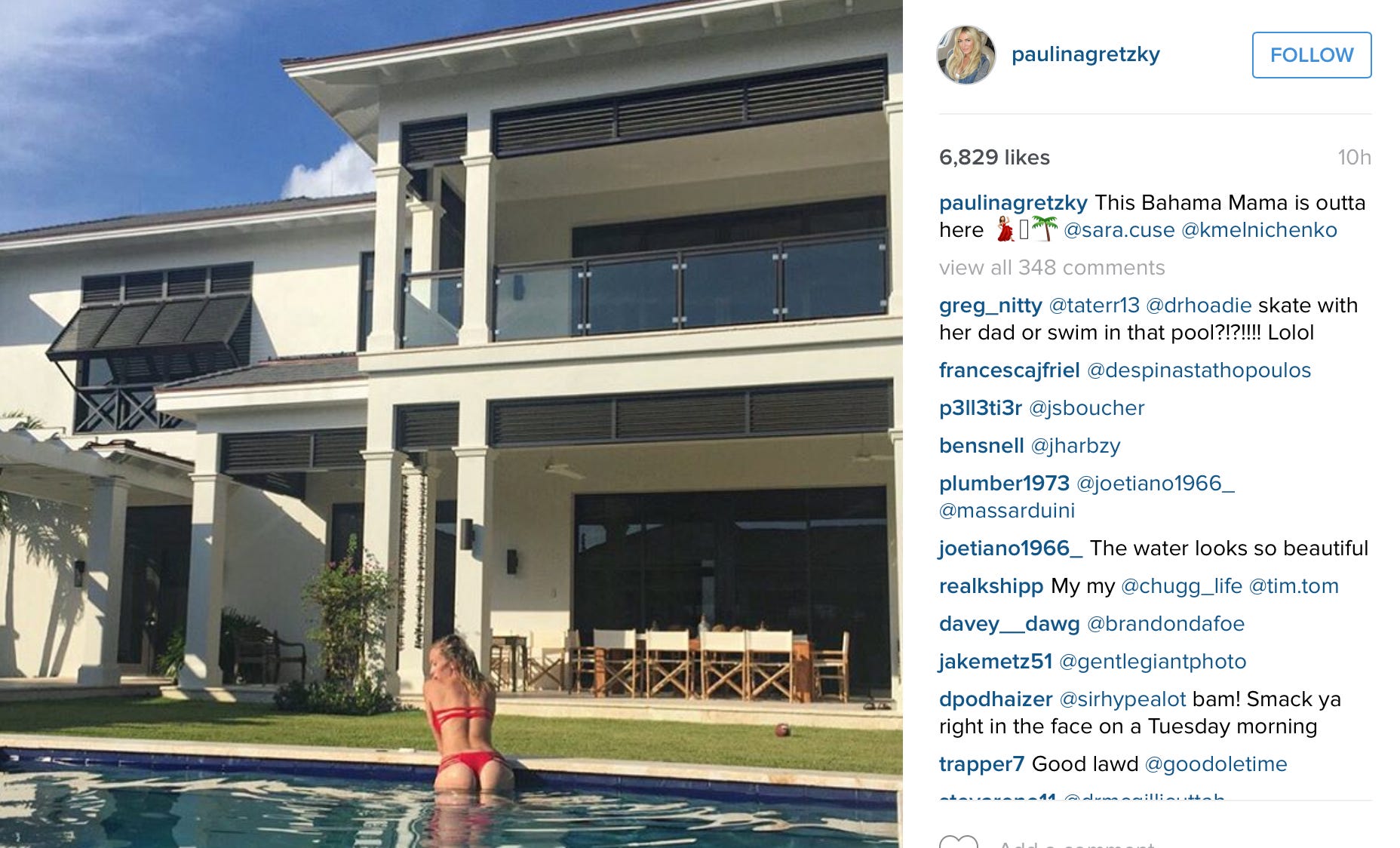 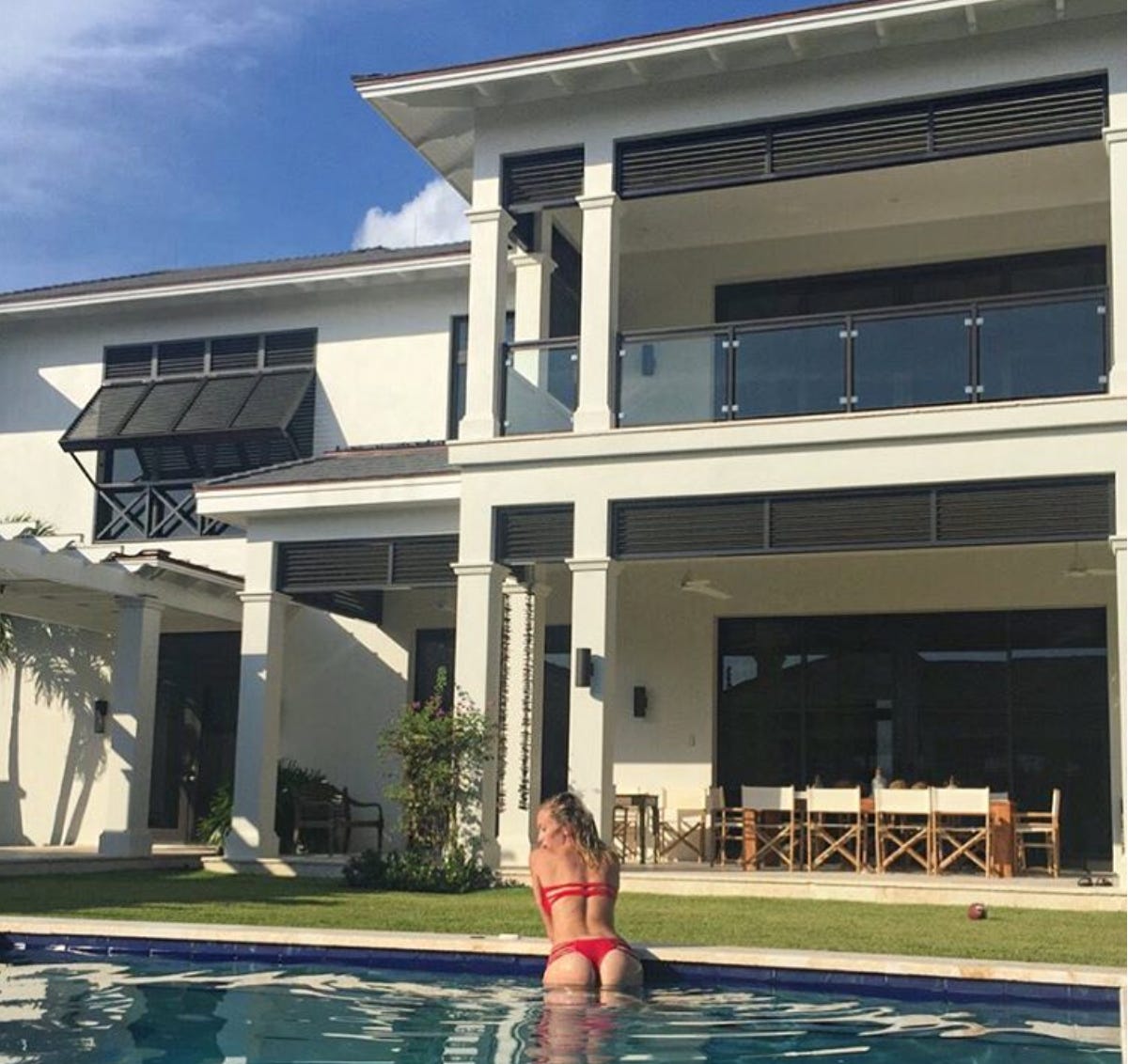 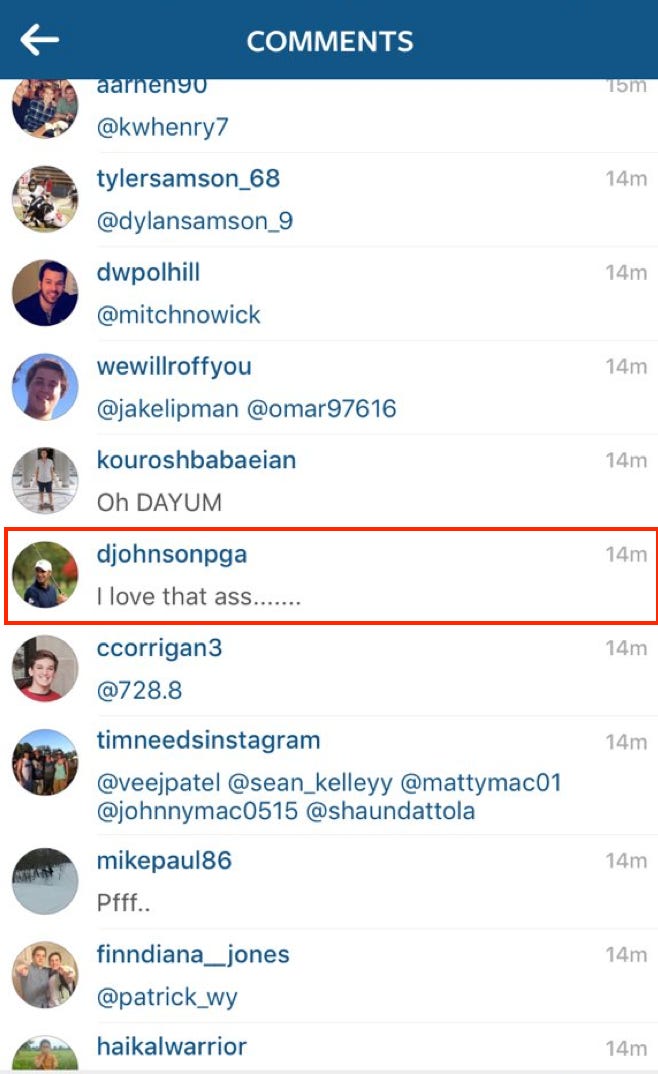 Dustin you horn dog you!  Just casually commenting on his wife’s Instagram picture about how much he loves her ass.  Can’t blame him.  That’s a fantastic ass indeed.  This isn’t the first time DJ has commented on one of Paulina’s sexy pictures.

This was about a month ago 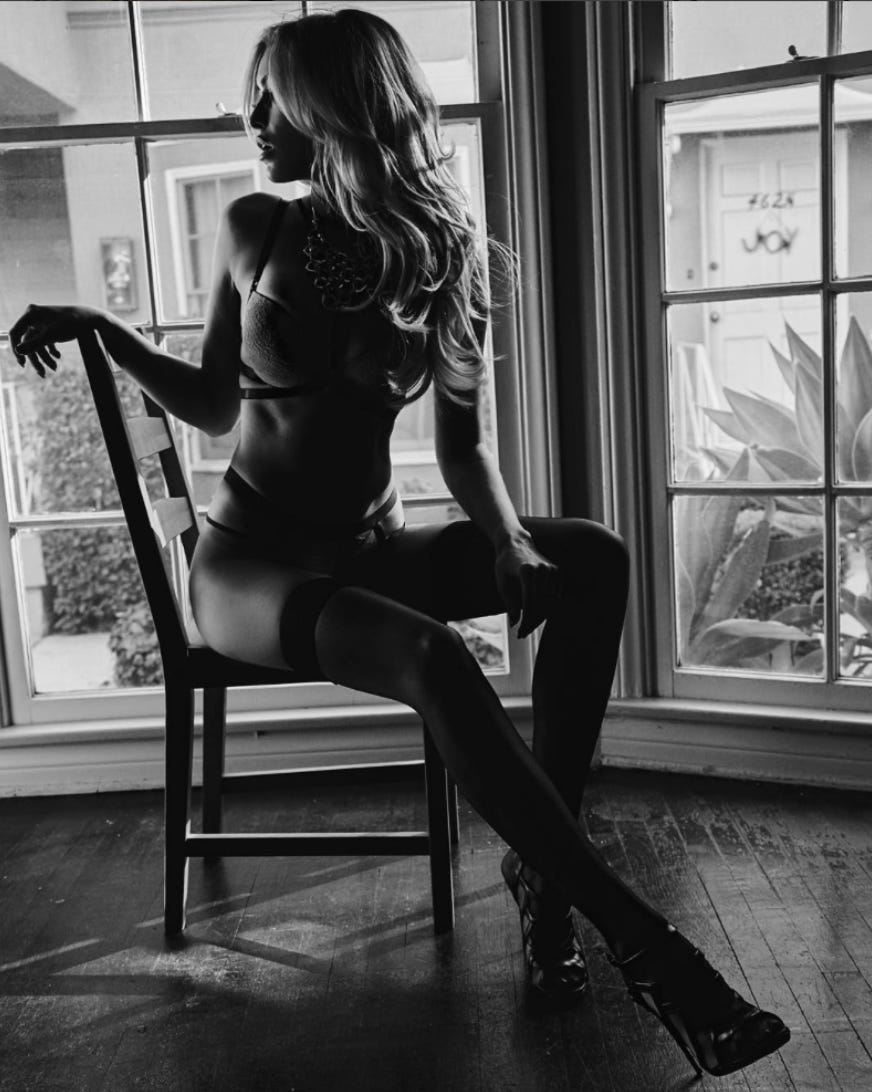 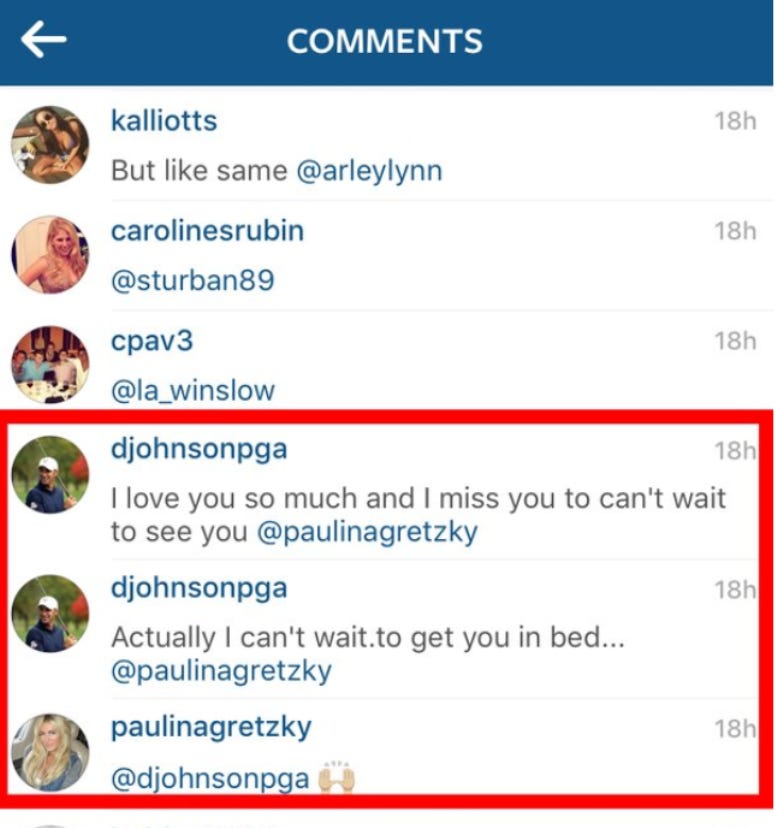 My first thought after seeing comments like this was, don’t these two text? They’re like the annoying couple on Facebook who seemingly only communicate through Facebook. Leaving each other sweet little messages so the world can see them and know they’re the best couple ever.  Couldn’t Dustin just text these things to Paulina instead of flaunting it in our faces that his wife is a smoke with a great ass? But then I realized that’s exactly the point. What’s the point of having a smoking hot wife like Paulina if you can’t brag about fucking her and how much you love her ass?  All of us would do the same thing. I know I would. That ass is a 12 outta 10. Might as well let the world know how you feel about it. And the lesson as always is you are not allowed to feel bad for Dustin Johnson.  I like the guy a lot, I’m rooting for him to finally break through and get a major (he will eventually, I’d bet my life on it) and he has let some slip through his fingers in heart-wrenching fashion but at the end of the day, this is what he gets to go home to 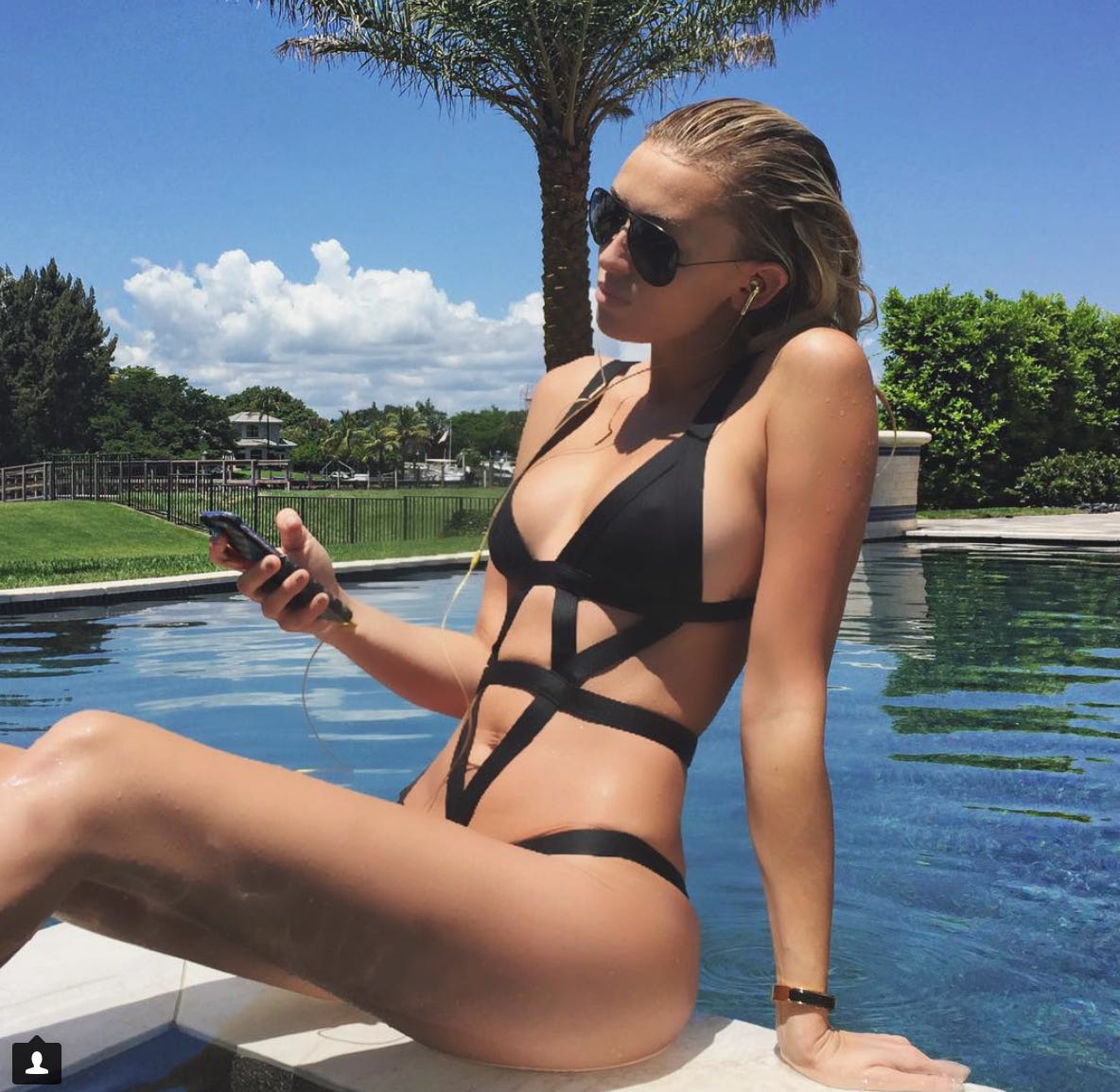 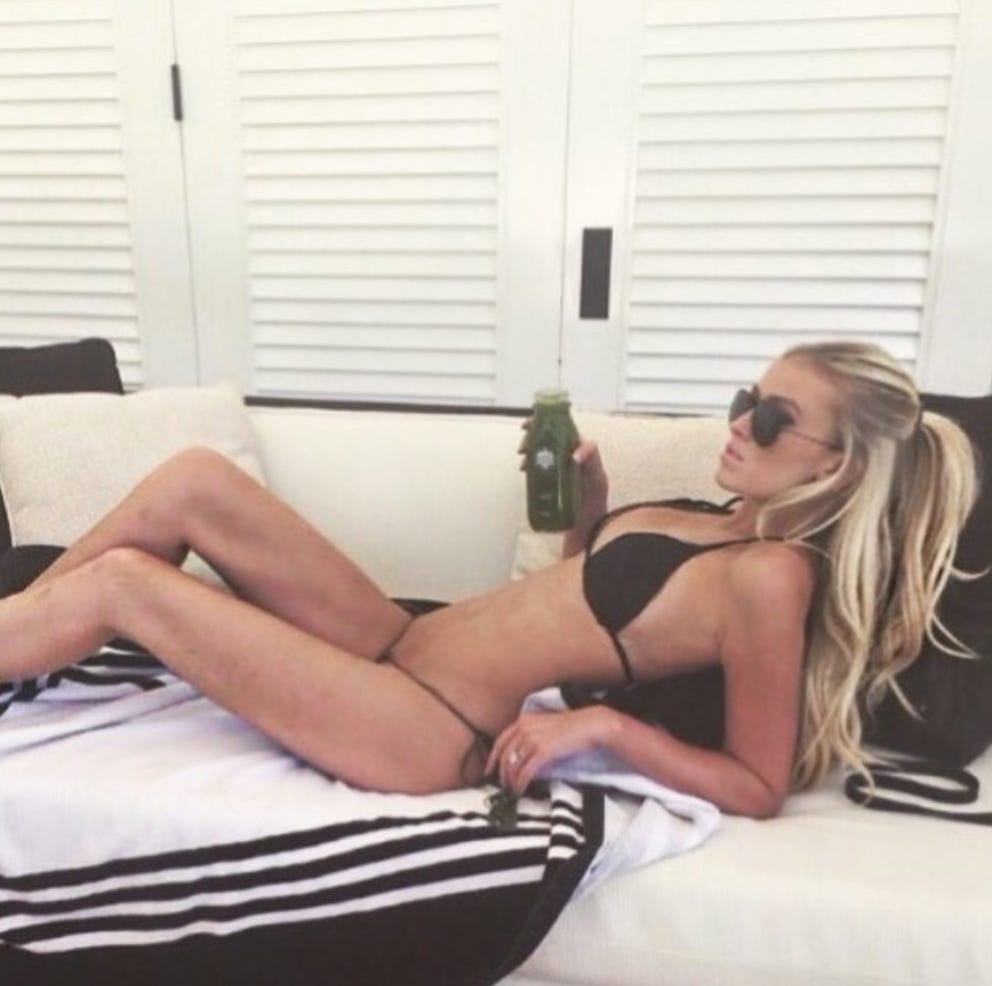 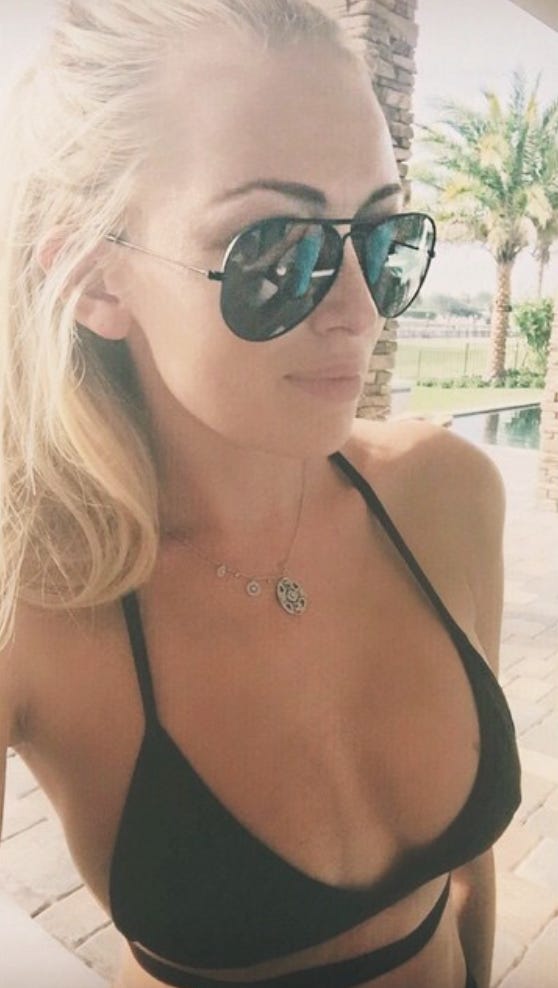 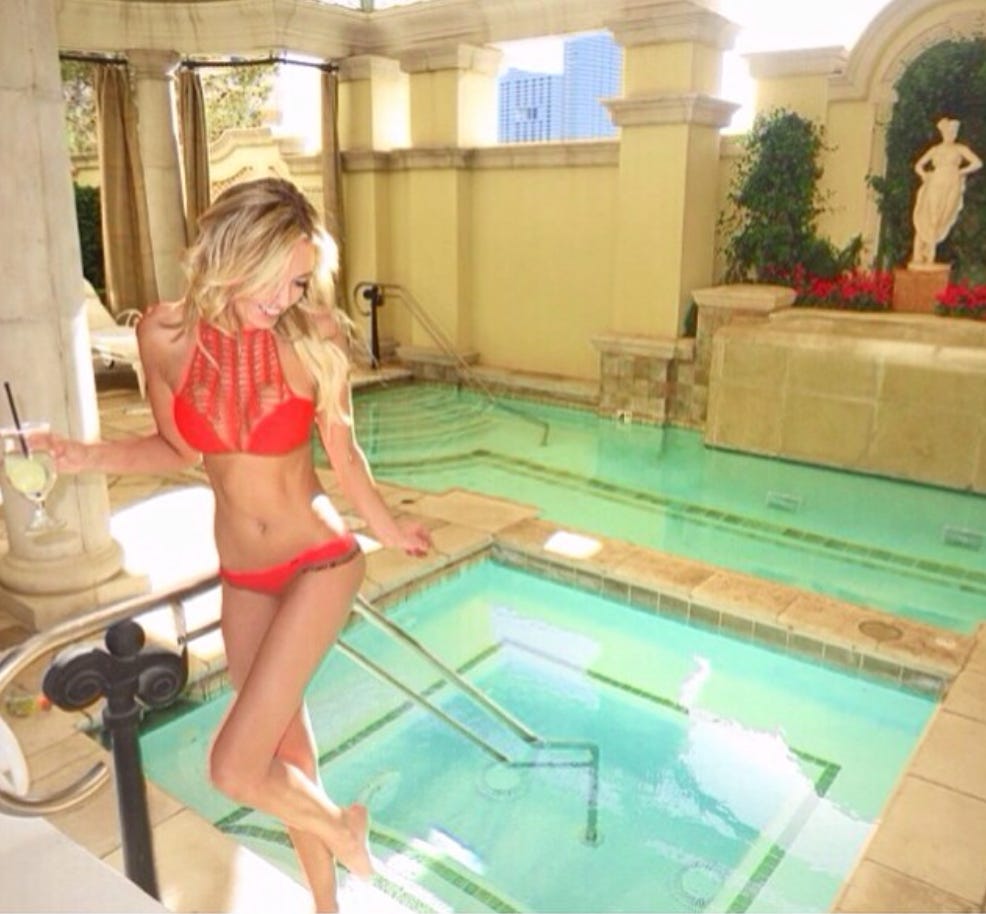