Imagine going to your first basketball game and thinking that watching Westbrook and Durant ball would be the highlight of your night. Oh no no no. Instead, Creepy Five Michael Jacksons Guy comes out of the rafters like Sting and steals the show by weirding out the entire Chesapeake Energy Arena with a bluster never before seen in Oklahoma City. People at the Big Chesapeake were probably fainting like people did when they watched the real Michael Jackson perform, which is still bananas to me. Like how does this happen in real life for a musician, regardless of who it is.

I also love that those five Michael Jacksons didn’t even incorporate all of Jackson’s personas.  We had young Jackson Five Michael, Black and White Michael, Early 2000s Michael (when shit realllly started going off the rails) and then Nose Falling Off Face Michael. 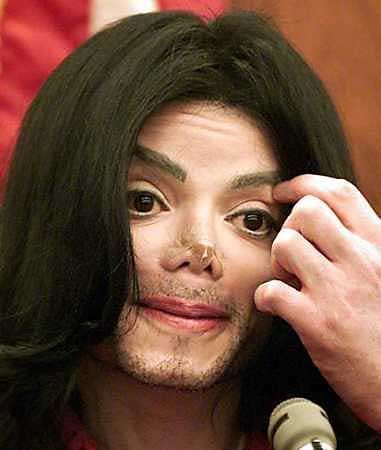 What a legend the King of Pop was.  Maybe the GOAT musician and weirdo.  Kind of like how Ted Williams was a legendary baseball player and fighter pilot.  So much talent for one man to have.

That being said, I have seen a pair of ELECTRIC halftime shows at the last two Giants games I have been to:

1. Monkey riding dogs during last season’s game against the Texans.  This was especially wild since I saw the dogs escape from the truck transporting them as we tailgated after the game.  Luckily, their handlers were able to track them down so they can continue to entertain the world. When push comes to shove, this is THE best halftime show on the planet.

2. The Baha Men. I had no idea heading into the game I would get to watch the Giants beat the Cowboys AND the Baha Men. That could have become a lyric if I ever wanted to make a modern remake of “It Was A Good Day” by Ice Cube.  People were just so fucking pumped in the stadium. And by people I mean the few that weren’t buying beer or taking a piss during halftime. But still, electric nonetheless.