Jordie’s Note: I wrote this blog at like 8:30 this morning so anyone who cries about this now being a reblog is just a Grinch with zero Christmas spirit. Because something so awesome like this should be blogged about twice anyway. 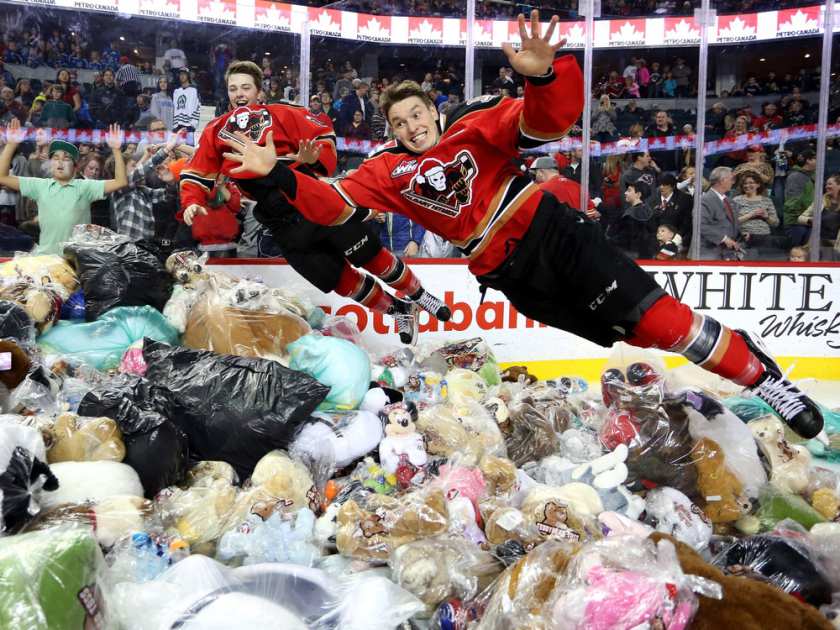 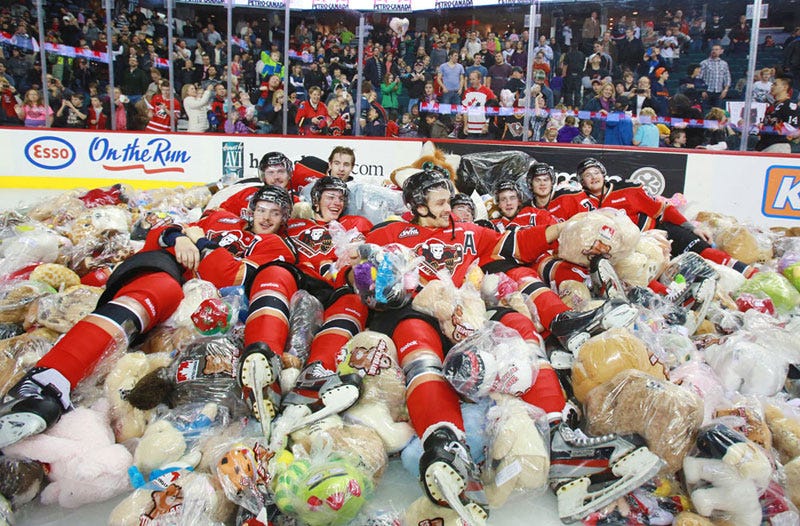 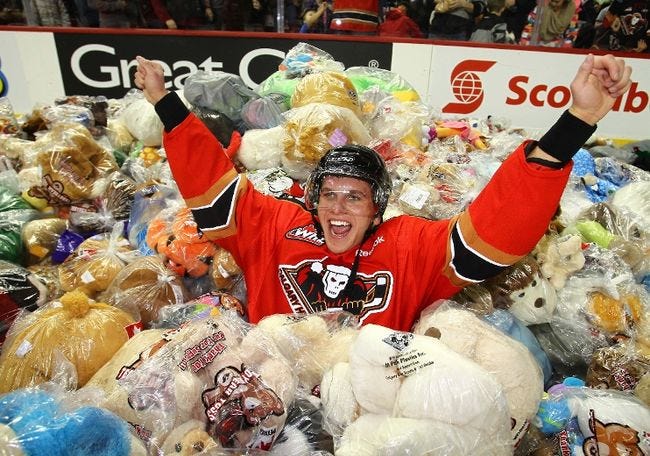 Every year around the holiday season, plenty of minor league and junior hockey teams take part in the annual Teddy Bear Toss. A tradition like no other where fans flood the ice with stuffed teddy bears after the home teams’ first goal and all the teddy bears are then donated to charity for kids who are in need this Christmas. And this year, the Calgary Hitmen and their fans set a new world record by launching 28,815 teddy bears onto the ice after Jordy Stallard scored off a beautiful set up from Flyers prospect Travis Sanheim. The Hitmen ended up winning the game after play resumed in overtime 2-1 so not a bad little night at the Saddledome.

The Teddy Bear Toss is always a great tradition. Sometimes it goes perfectly like it did here in Calgary yesterday. And sometimes it goes a little poorly like it did last week in Kingston after fans prematurely threw the stuffed animals out on the ice on a disallowed goal for the Frontenacs.

Either way, it’s all for an awesome cause so good for the people of Kingston a well even though they shot their load a little too quickly. No big deal though. Show me someone who hasn’t had that problem before and I’ll show you a liar.