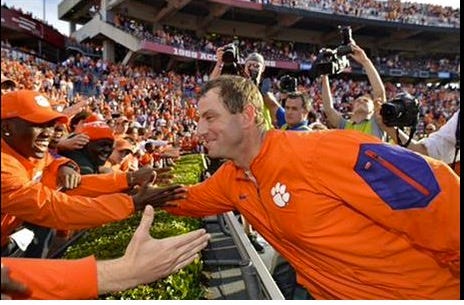 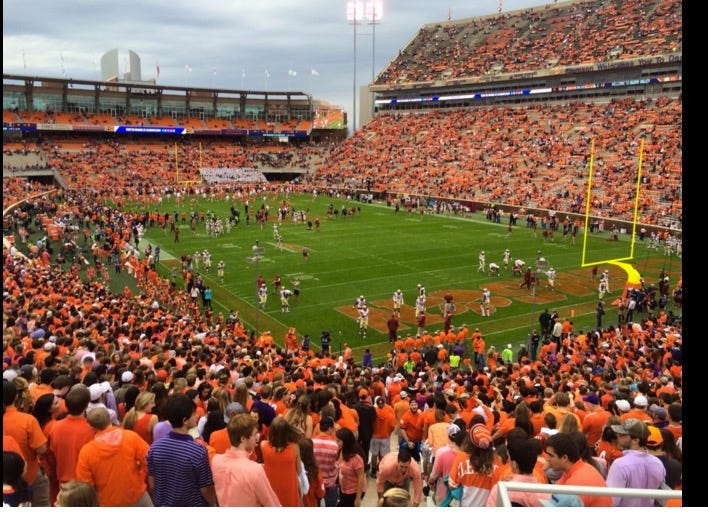 CBS – Clemson coach Dabo Swinney thought it would be cool to throw a big pizza party for all of Tiger nation. It was just an idea, but once Papa John’s got involved and the team completed its goal of winning the ACC Championship, it came time for Dabo to back up his promise and throw the coolest pizza party in pizza party history.

Whatever birthday party you may nominate for that honor is smashed by Dabo and Clemson hosting a crowd reportedly 20,000-30,000 strong and serving up 2,500 Papa John’s pepperoni pizzas cut into eight slices each. According to ESPN, which broadcast clips of the party and interviewed Swinney, there were 10 different Papa John’s franchises from five different towns that contributed to the feast.

Classic Dabo, a man of his word. He promised Clemson fans a pizza party if they made the College Football Playoff, he delivered a pizza party. Would you expect anything less?

Word is Dabo spent a little over $35K out of pocket.