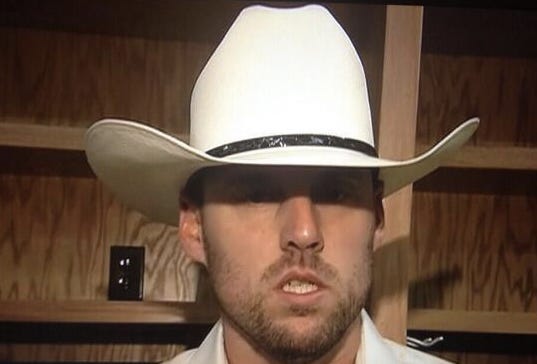 CHICAGO – The Cubs have agreed with free-agent pitcher John Lackey on a two-year contract, according to a source familiar with the situation. A source told ESPN’s Buster Olney that the total value of the contract is $32 million. The team has yet to confirm the deal, which is contingent on Lackey’s passing a physical.

In signing Lackey, the Cubs forfeit their first-round pick because he was given a qualifying offer by the Cardinals before departing via free agency. Fox Sports first reported the signing. Cubs president of baseball operations Theo Epstein “guessed” earlier on Friday that his team would sign a free-agent pitcher and also trade for one this offseason.

I finally am back from Detroit, putting the pieces of my life back together and ready to talk some John Lackey. Ready? Let’s Go. 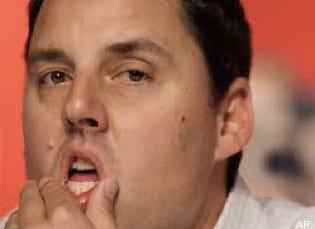 I get the feeling a lot of people are underwhelmed with the Cubs offseason thus far and I’m not exactly sure why. David Price was never going to happen and neither was Zach Greinke. I know the season ended in a bad and embarrassing way but you can’t let 4 games completely cloud your judgement and the makeup of this team. They won 97 games, their pitching staff that everyone says is complete garbage? 3rd in MLB in ERA, first in BAA. Now obviously a lot of that has to do with Arrieta’s historic run but the point remains, this isn’t a team that needed some drastic overhaul at any particular spot, more than anything the rotation needed innings and dependability. The front office has been upfront with their goals this off-season, sign a 3 starter, trade one of your assets for a cost controlled arm and figure out the center field position, that’s the list. Well John Lackey checks a piece off that list. Yeah he’s is old, and yeah he’s maybe had some questionable things in his past (I’m sure Red Sox fans can attest to this), but if John Lackey is the Cubs Game 3 starter next October I will be perfectly content. All you need from Lackey next year is somewhere north of 180 innings pitched, an ERA around mid 3, and that gamer mentality we saw in Game 1 of the ALDS. He’s the perfect fit for what this team is trying to accomplish next year. He’s a guy we can trust, and a rotation of Arrieta, Lester, Lackey, Hendricks, Player to be named later, looks damn good to me. A good mix of veteran workhorses and guys you can hopefully bring along and shape into what you need for years to come.  I’ll have Carl break it down more in depth this week with a detailed scouting report but I’m happy with this signing, the Cubs are right on track.

PS
Upset of the century is me not saying anything brutally mean about Lackey in October. Kind of shocked myself on that one. It’s like I subconsciously knew he was going to be a Cub.