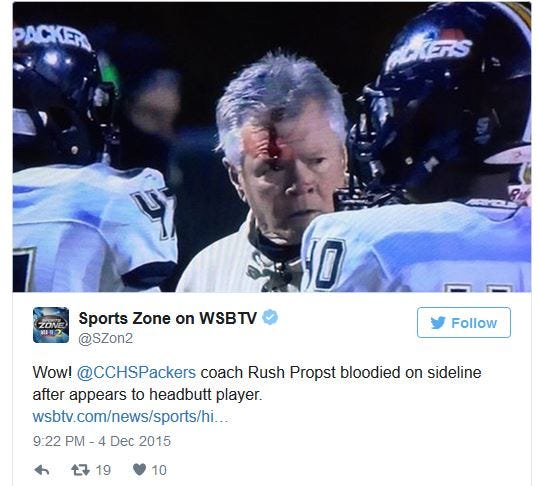 The dumbest thing MTV ever did was stop Two A Days. Or at the very least they should have kept following Rush Probst wherever he went. Guy is electric television. Affairs, championships, head butting his players. He’s like Friday Night Lights for real. Love this fucking guy. The craziest part of this article is I don’t even think he got in trouble for this? You can’t even swear at players nowadays but Rush Probst is getting away with headbutting them and cutting his own head wide open. Just like that was a “dad gum intense football game so I started headbutting people!” That’s America folks! In fact I’ve been thinking lately who would be on my dream team to destroy ISIS and I think Rush Probst would be on it. So far I got these guys…

PS – I’d love to do a “Where are they know” with Britney “Freaky Hot” Benton. She may be the first quick I legit fell in love with doing Barstool. She’s probably like 45 now and has 8 kids. Dang you’re old Pres. 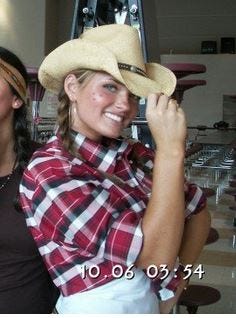