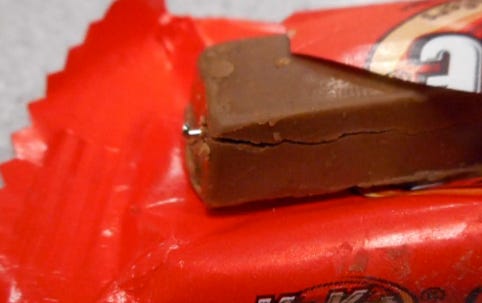 Fox 5 - A Maryland mother has confessed to placing sewing needles in candy that her 5-year-old daughter had received while trick-or-treating, Maryland State Police said. Holly Waters told FOX 5 in November that she discovered the needles when her daughter asked for a piece of candy the day after Halloween. “I don’t know how anybody could do that,” Waters said. “It just baffles me and just makes me really upset. Why would you do that? I just don’t get it.” At the time, police went to the neighborhood in Prince Frederick and checked for any similar incidents, but found none. The motive is not clear, and there is a pending misdemeanor charge against the mother. 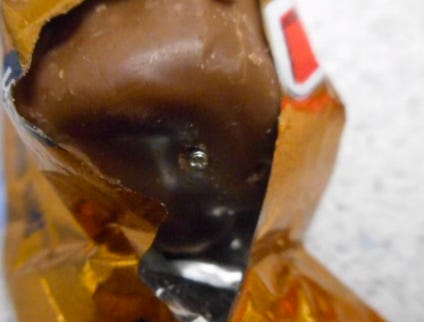 Fascinating story. In November this mother goes on the news in tears, crying about how someone put needles in her daughter’s Halloween candy. 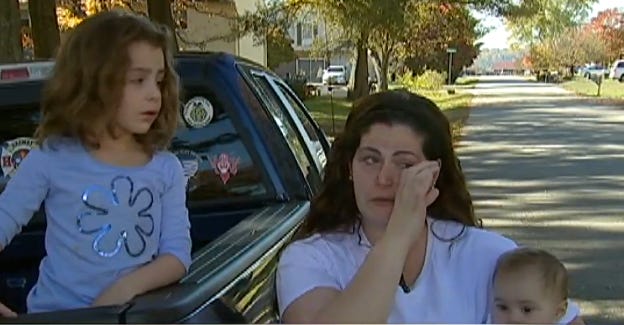 What sort of monster would do such a thing? 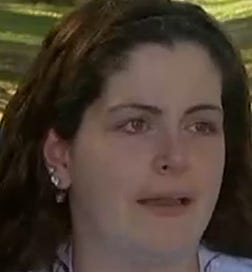 Who would want to harm such an innocent child for life by putting needles in their candy?

What type of person would lie to the police about this?

Insanity. After nobody else in the neighborhood was found with needles in their candy, the police were like wait, this bitch did it herself. To her own kid. And she confessed. What a dumb hoe. I guess in her dumb head now that all the candy was gone, it wouldn’t matter if she confessed. Like “oh yea, I guess I did put the needles in there myself, my bad”. Yea, your bad, bitch. Probably put the needles in there to scare her daughter from eating any of the candy so she could have it all for herself. Probably sent Jimmy Kimmel a video of the whole thing too. But this dumb broad was thinking way too short term. She totally scared her daughter from ever trick or treating again. There won’t be any Halloween candy next year. Probably also won’t have her children next year either, they’ll enter the system because this fat fuck is too unstable to raise them herself. Her children will then pop out little fuckups of their own, and round and round we’ll go. In 20 years we’ll read a story called “woman puts dynamite in her daughter’s Easter basket”, and we’ll know exactly who it was.