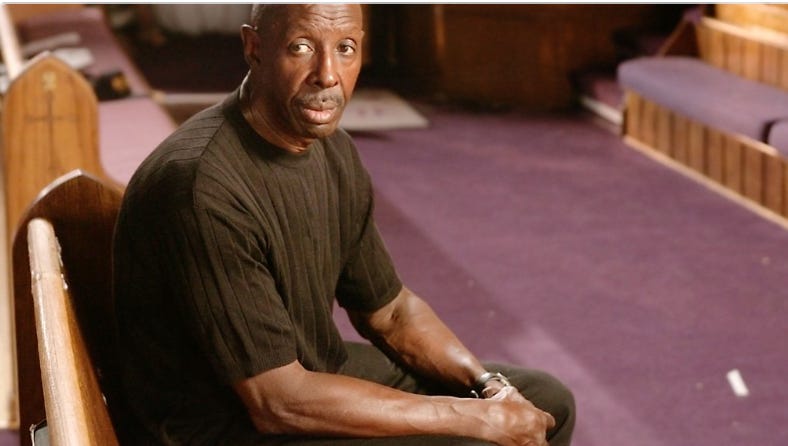 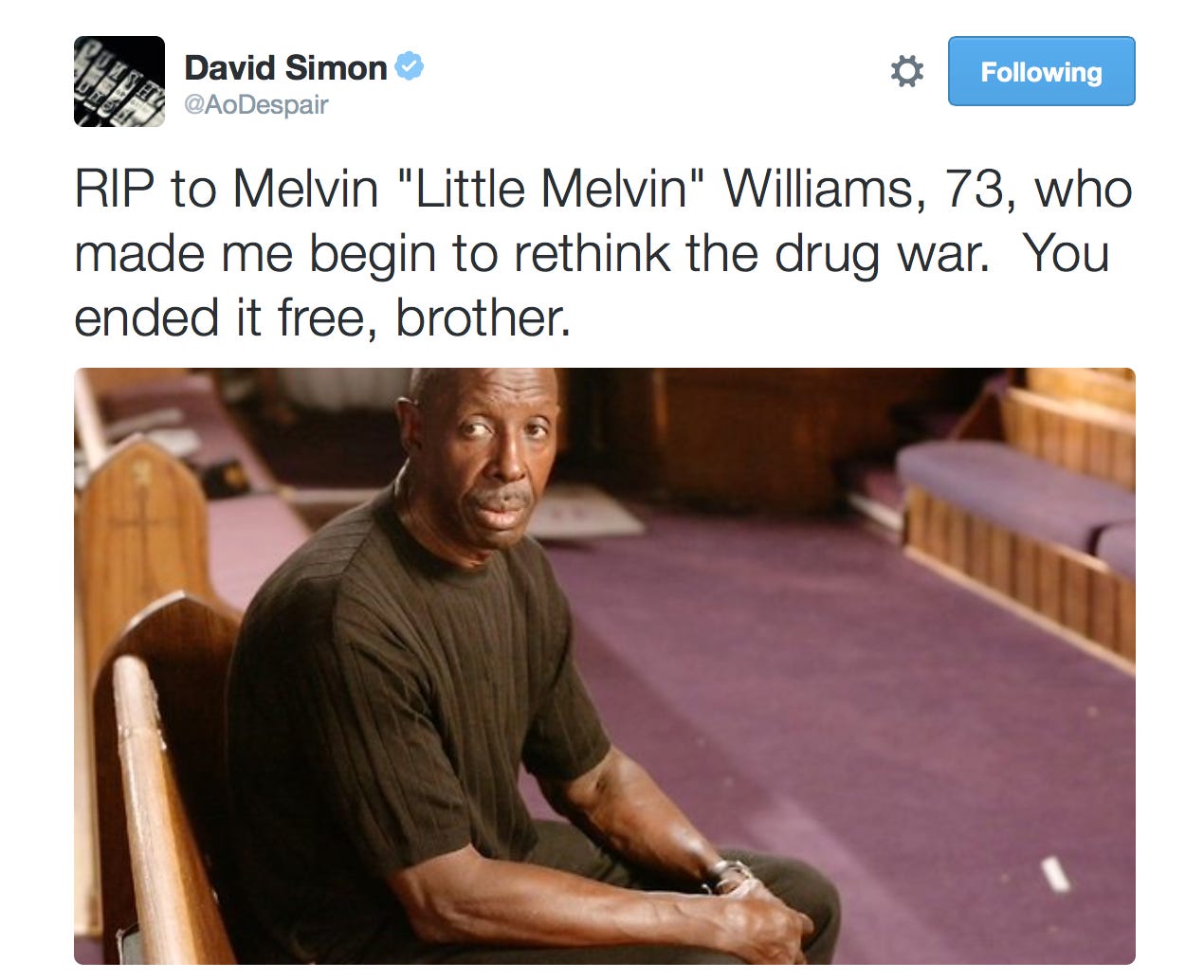 NYDN- Melvin Williams, a former Baltimore drug lord who helped inspire HBO’s popular drama series “The Wire” and later appeared on the show has died.He was 73. The man best known as “Little Melvin” before the recurring role of Deacon in the show’s later season seasons died Thursday morning in a University of Maryland hospital, the Baltimore Sun is reporting. A cause of his death has not yet been released. Williams was a notorious drug kingpin who revolutionized the underground industry in West Baltimore in the ’60s by selling large quantities of heroin, according to the newspaper. He later served a lengthy jail sentence, only to reemerge a changed man who dedicated his life to working with local pastors in Baltimore after being released. “The Wire’s” co-creator, David Simon, has credited Williams as being an inspiration for the show, which regularly follows the transgressions of a ruthless, fictional drug lord named Avon Barksdale throughout the first three seasons.

Well that’s a downer.  The Deacon is one of the most underrated characters in “The Wire”  Only appearing sparingly from time-to-time but always bringing the timeless wisdom to other characters.  Constantly dropping said wisdom on guys like Bunny Colvin and Cutty.  Helping Bunny figure shit out in the hell hole of an experiment that was Hamsterdam and helping changed-man Cutty open his boxing gym after getting out of prison. Just an awesome character. One of those small roles with a big impact that made The Wire so great. Melvin Williams the person also has an interesting back story on how he became a part of the show and how he heavily influenced the show itself. Williams was basically the main inspiration for Avon Barksdale. He was a drug king pin in West Baltimore in the 19060s then got locked up for a long time after, got released, helped local pastors then played one on the best TV show ever.  Super interesting life. Kinda weird that I’m sad about the death of a real-life ruthless drug dealer who lived on the other side of the country but whatever. He’s Wire alum.

(these videos have some spoilers. Then again, the show did end in 2008)

And since we’re talking about Avon, here’s an awesome scene of his. Can’t call it my favorite because few people in the show had more awesome scenes than Avon Barksdale. It’s impossible to choose just one.

Double PS- If you have watched The Wire, sorry for sending you down a Wire Youtube rabbit hole that’ll occupy you for the next tow hours.  Fuck it, it’s Friday.