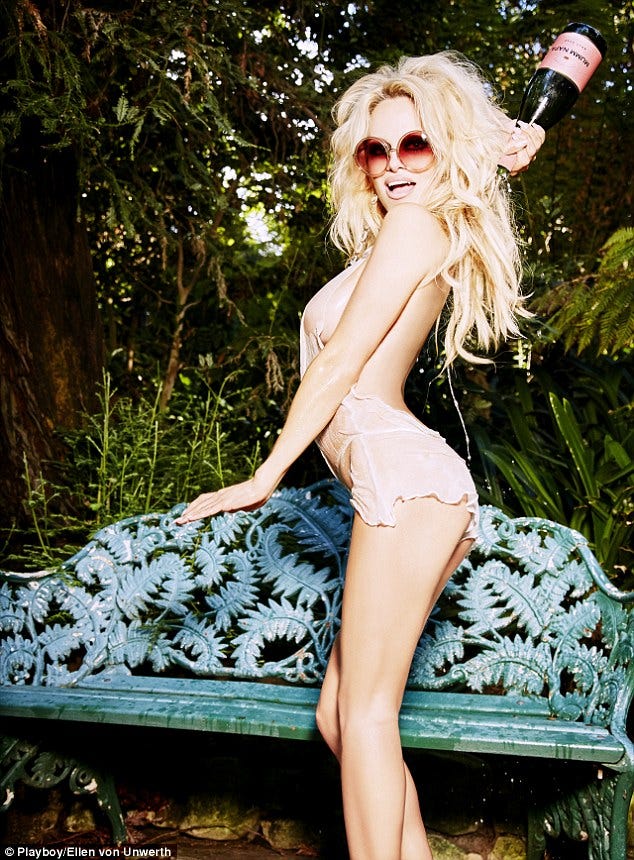 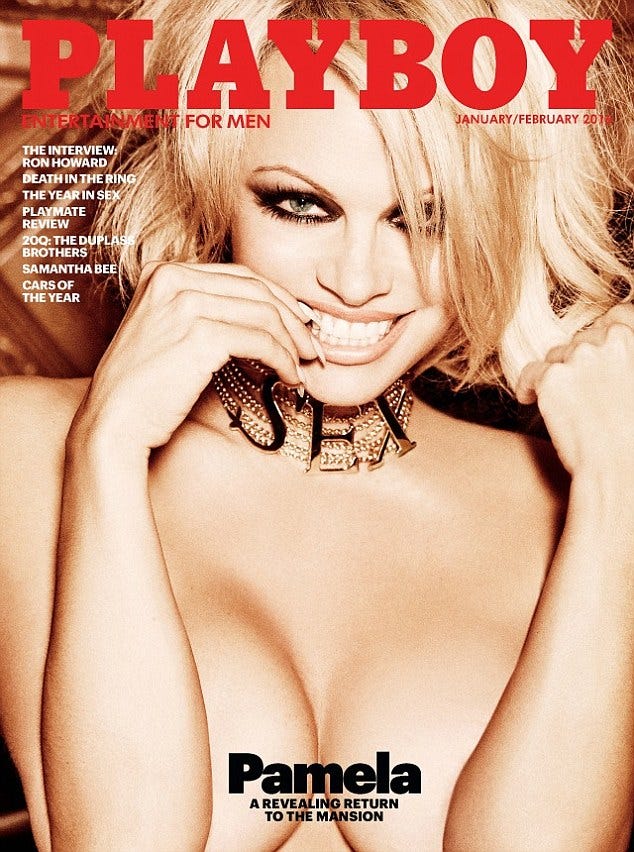 Daily Mail - It’s rare to find a teenager that has never been embarrassed by their parents. But far from being ashamed by their mother Pamela Anderson’s rather racy past, her sons are proud of what she has achieved. As it was revealed that the 48-year-old will be starring on the final nude Playboy cover, Pamela explained that she agreed to the naked shoot only after her 19-year-old Brandon had given his blessing. The former Baywatch star said she was concerned about doing another cover because for ‘years [her sons] were teased and made fun of, and had a few fist fights over their mom.’ However, she said that when she asked Brandon for permission to shoot the cover, he actually encouraged her to do it.  ‘I said, “Hef just called, he wants me to do the last cover of Playboy,” and he goes, “Mom you’ve got to do it,”‘ Pamela told Entertainment Tonight. And even when she informed her sons of the nudity, Brandon said, ‘”We’re older, we’re not embarrassed anymore of you. You know, we think you’re great.”‘

You know what? I gotta tip my cap to the Pamela Anderson Boys. Those guys deserve all the respect in the world. Sure they grew up with all the money in the world but having Pam Anderson as your mom is a ROUGH draw. When the whole world has seen your mom’s zoomed in vagina getting impaled by a huge dick, that shit aint fun. When the entire planet has watched your mom taking not one, but two 1980s rock stars’ dicks into her mouth, there’s really no amount of money that can make up for that. Think about how ruthless kids are. You get made fun of for wearing the wrong shirt to school one day. Imagine they’ve seen your mom rubbing her own ass while riding Brett Michaels? Cmon. Thats just not right.

So good on them for going through that hell and being able to come out the other side. Throwing their seal of approval on their mom flashing their pussy for the world one last time. I’d have to imagine it was more of “Well it cant be any worse than the time you sucked that dude’s dick on a yacht. What the fuck do I care?” But I’d like to think it was those dudes admitting that while they might hate it, deep down they respect that Pam Anderson was a motherfucking ICON and legitimately one of the most important women to ever walk this earth.

So in a weird way I just wanna thank those kids. I’ve had about 1 million boners at your mom’s expense. I’m sorry. And thank you.