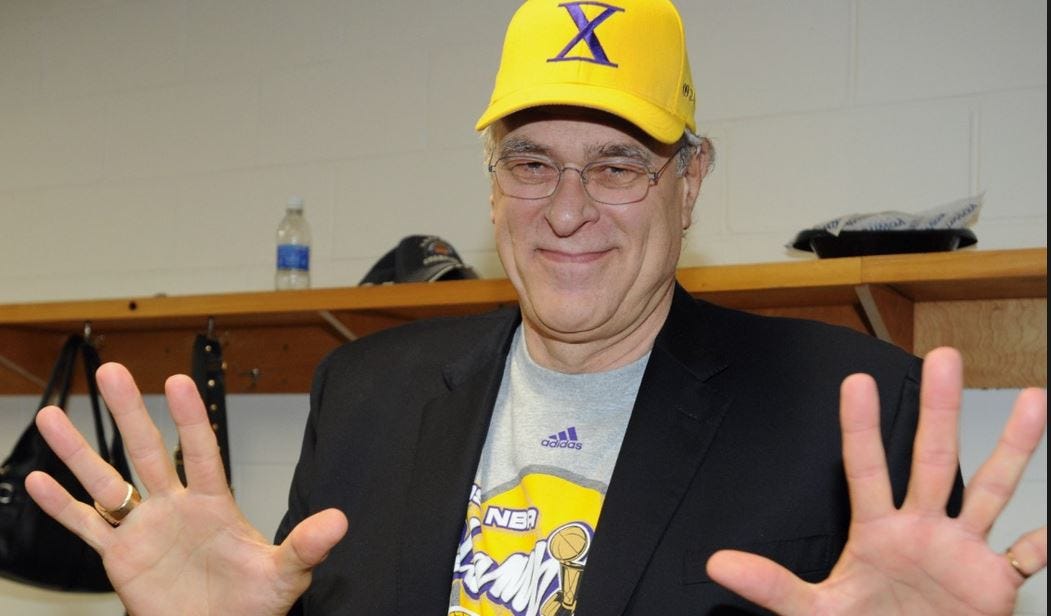 This is a longstanding pet peeve of mine. I’ve always maintained that the Zen Master is the most overated human in the world. The guy has like 9 zillion rings and I swear if you replaced him with me as head coach I’d have 9 zillion rings. He won with Jordan and he won with Kobe and Shaq. His teams always had the most talent and he won big because of it. Big whoop.

Luke Walton winning 20 in a row just proves my hypothesis. Talent wins 99% of the time in the NBA. GM’s are way more important than coaches. The only sport where coaching matters is football. That’s why Red Aeurbach is the greatest basketball coach of alltime. He didn’t just do x’s and o’s, but he actually drafted the guys to come to Boston. He ran the entire show. Jackson showed up with the cupboard already full. Anybody who would ever pick Phil over Red doesn’t know jack about sports. That’s a fact.