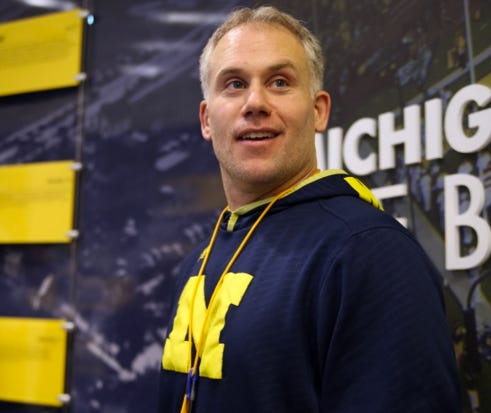 TT - Michigan defensive coordinator D.J. Durkin will be the University of Maryland’s next head football coach, Sports Illustrated’s Pete Thamel is reporting. In his first year in Ann Arbor, Durkin has engineered a havoc-wreaking defense that has rated among the best units in the country. Durkin is known for aggressive blitzing schemes and explosive defensive fronts. His Michigan unit is blessed with exceptional high-end talent he won’t immediately have at Maryland, headlined by cornerback Jourdan Lewis and safety Jabrill Peppers. It could take time for Durkin to find the players to suit his hard-charging defensive style. Still, Durkin is a defensive maestro. Before becoming the Wolverines’ coordinator under Jim Harbaugh this season, Durkin was the defensive coordinator and then interim head coach at Florida last year. As part of a coaching career started in 2001, Durkin has also coached defensive ends, linebackers and special teams at Bowling Green, Notre Dame and Stanford.

One program donor familiar with athletic director Kevin Anderson’s thinking said Maryland was drawn, in particular, to Durkin’s youthfulness. He also called Durkin “a hell of a recruiter,” as the coach has put together an impressive commitments list in recent years. He’s been lauded for his recruiting in the past. 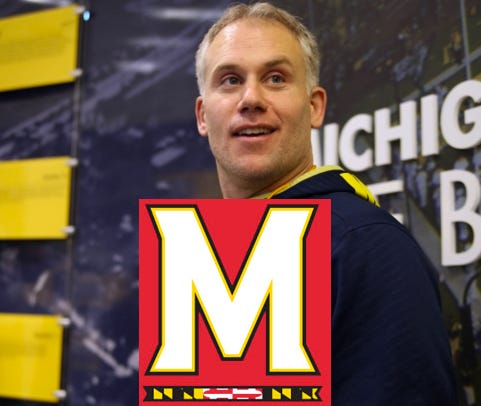 Maryland has landed their man, Michigan’s defensive coordinator DJ Durkin. Not the sexiest pick, not the biggest name, but by all accounts, a great coach who has everything a Big 10 powerhouse coach needs. He’s led Michigan to a top 5 defense and is widely considered an expert recruiter, winning Rivals “recruiter of the year” honor in 2012. He’s coached under Urban Meyer and Harbaugh, and now will lead Maryland to prominence. I’m all aboard the Durkin pick. Young, energetic, hand picked by Harbaugh to lead his defense, what’s there not to like? Kids love him, mothers love him, and he has that little bit of crazy in him from being around Harbaugh that you can’t teach.

We just have to hope our top recruit, Dwayne Haskins, stays aboard and doesn’t de-commit. He’s been the number 1 fan of #TheMovement, but then took an official visit to Florida last week. He’s since deleted all his RT’s about how great Florida is, so who knows what’s going on with him right now. Haskins going to Maryland would be great, but one recruit isn’t going to make or break a team. Durkin is going to build this program from the ground up, his way, making Maryland great again. No doubt in my mind Maryland is going to be a problem in the Big 10 for years to come. Maryland runs on Durkin.