Well would you look at that. Congrats, St. Louis, you almost got David Price but actually not really. I love when teams do this, when they leak through the press that they were runner ups. Like hey, we tried, look at us, we care about spending money even though not really because we offered significantly less than the Red Sox did and David Price was always going to take top dollar. They’ll be stories about how David Price was SOOOO close to picking St. Louis because he respected the history of the franchise and would take less to be on a winner and blah blah blah. It will all be bullshit, just like the talks about how much he loved Toronto and wanted to stay was bullshit as well, he wanted to stay if the Blue Jays paid him the most money, period. Now Cardinals fans will spend the next 7 years watching every David Price fuck up and saying how smart they were to have a budget. See America, being fiscally conservative pays off! It’s going to be absolutely nauseating, just you watch. 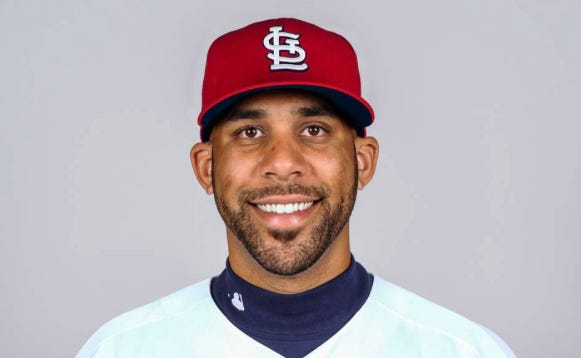 As for the Cubs, I said many times over that I didn’t want Theo to sign Price. Why? Well for one investing 1/3rd of a billion dollars into two pitchers over the age of 30 doesn’t seem like a sound strategy for the future. I know it’s not my money and I know people always ask what do you care, there’s no salary cap, but the Cubs aren’t the Red Sox and they aren’t the Yankees. Rickets absolutely has a budget in his brain. We’re not a small market team by any stretch of the imagination but if you think signing Price to 217 million dollars wouldn’t restrict future signings down the road at some point then you’re crazy. The Cubs have a LOT of young talent that will need to be paid in the coming years, cutting 25 and 30 million dollar checks to a couple of guys in their late 30’s would effect that in some capacity, don’t fool yourself and think otherwise.

The second reason I’m totally content with watching Price walk is flexibility. The Red Sox needed Price. Almost every single Red Sox fan will agree when I say they fucked up the Lester signing a year ago, they could have had him at a hometown discount and they played their cards incorrectly. What was the result? A season with no pitching that painted them into a corner where they had to pay more than the second place team in the David Price sweepstakes. Those are facts. That’s not a knock on the Red Sox or David Price, they’re just facts. They had to pay more because they didn’t have flexibility and were coming off a season without an ace. The Cubs on the other hand have flexibility. They already have 2 aces and a bunch of young trade assets that other teams would love. That’s not to say they don’t need starting pitching, they do, they just have alternate routes to get it. Sign a 3 starter, and trade Soler, Baez, or Castro for a cost controlled younger arm (the latest rumor is Shelby Miller for Soler). That’s the plan, that’s what I want the Cubs to do and that’s exactly what I think they will do. Theo and Jed sat with David Price but never made an offer because they knew they wouldn’t be top bidder. It’s ok to be happy you didn’t sign a guy without saying he sucks (don’t be one of those idiots, David Price does not suck). The Cubs didn’t want him at the price he went for and weren’t going to waste their time playing grab ass, we’ll leave that up to the Cardinals and their second place stories showing their fan base how desperately they want to win without spending a single real dollar.