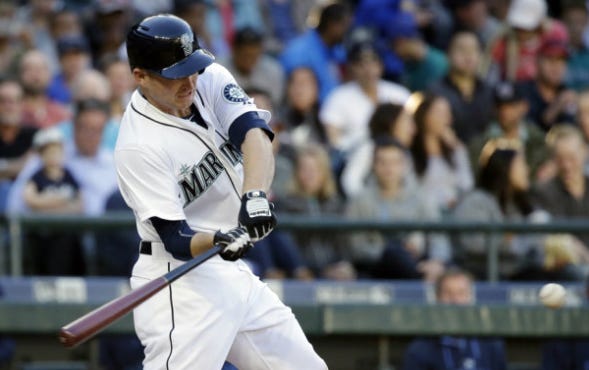 The Seattle Mariners have agreed to trade slugger Mark Trumbo to theBaltimore Orioles in exchange for catcher Steve Clevenger, a source confirmed to ESPN’s Jim Bowden.

After a slow first few weeks after the season, the O’s went out and made a deal. Third-string catcher Steve Clevenger is headed to Seattle in exchange for power hitting outfielder/first baseman Mark Trumbo. I am totally okay with this trade, you know why? Because the Orioles are parting ways with a third string catcher with no minor league options left for a guy who has the ability to hit 25-30 home runs in hitter friendly Camden Yards. Give away a guy who contributed a bit last year, but likely wouldn’t have gotten much time this year for a pretty good everyday player? Fine by me.

Trumbo has some massive power that got hidden a bit when he was playing in the bigger ball parks in Arizona and Seattle, but you look at his home run numbers during his time with the Angels (29,32,34) and you see that he has the ability to mash. He can play both corner outfield spots, as well as some first, and DH. He will fit right in with the Birds, and by that I mean tons of strikeouts (132 last season), very few walks (36),and a pedestrian OBP (.310).

I have no idea what this means for the O’s chances to bring back Chris Davis, it was was said that even with Trumbo coming in, bringing back Davis is the top priority. Trumbo isn’t making a ton of money, he’s eligible for arbitration this season and is expected to make around $9 million, so he won’t handcuff the O’s when it comes to payroll. Trumbo, who turns 30 in January, isn’t a guy who you’re going to fall in love with, but he could easily be a key piece of the team, and help them win. Clevenger was a good player, who was not going to see any time this year except if there was an injury to Wieters or Caleb, so in my eyes, this was a god damn steal. The O’s were also looking to try and get another player from Seattle, even better.

Looking forward to watching him smash balls into the bullpen, probably will be giving me Trumboners all season. Welcome aboard Mark.