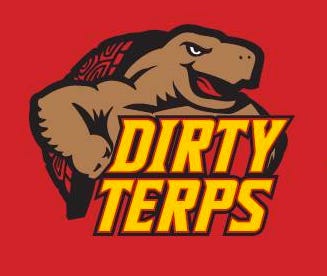 I’m a fair and honest man. I punch my time card just like everyone else. Sometimes I’ll put two donuts in the bag at the grocery store and only pay for 1, but that’s just smart shopping. But I guess what I’m trying to say is I’d be a liar and a thief if I sat here and said this isn’t the game that I’m most worried about out of the entire year. They just got back from Cancun, UNC is at home in the Dean Dome, and Marcus Paige is back and playing. As a fair and honest man this is the Terps biggest test until March Madness starts. Can they go into a hostile environment and take UNC? How will Diamond Stone play on the big stage, on the road? Will Jake Layman start knocking down shots? Will Melo get a concussion from taking too many hits at the rim? All big questions that get answered tonight.

God I’m so fair and honest I’m making myself puke. I’m just realistic though. It’s hard to go undefeated. What was the last time the national champion went undefeated? Not in my lifetime. Last year Duke lost 4 games, including 2 straight against NC State and Miami. In 2014 Uconn went 31-8 and beat Kentucky who went 29-10. All I’m saying is losses happen, so if Maryland has to lose, I wouldn’t be shocked if it was tonight. This team is still gelling, Turg is still figuring out who works best where, and Diamond Stone is 18 years old- it’s hard to expect an 18 year old to be great in December, but I’m positive he’ll be twice as good in March.

Alllllll that being said, I have to be realistic, like the fair and honest man I am. Maryland shows up tonight. Melo hits his shots. Maryland goes inside early and often. Layman doesn’t keep shooting like shit. And the Dirty Terps leave Chapel Hill winners.