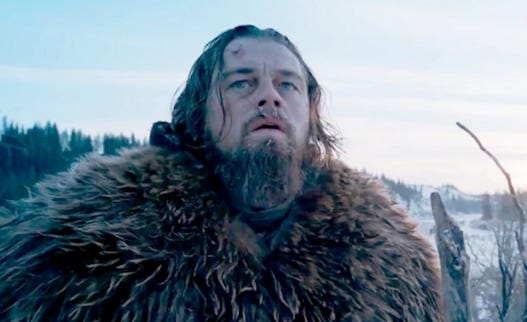 Independent - We knew Leonardo DiCaprio did some dark stuff for his new filmThe Revenant (namely sleeping inside an animal carcass and eating raw bison), but according to a (perhaps slightly hysterical) early viewer, it gets a whole lot weirder, at least on screen. ‘The explicit moment from Oscar-winning director Alejandro Inarritu has caused maximum controversy in early screenings,’ the mammoth US news site goes on to claim. ‘Some in the audience escaped to the exits when the Wolf of Wall Street met the Grizzly of Yellowstone. ‘The story of rural survivalism and revenge reaches new violent levels for a mainstream film. ‘The bear flips Leo over and thrusts and thrusts during the explicit mauling. ‘”He is raped — twice!”

Wow, bear rape in a movie not involving jail. Actual bear rape. If this doesn’t get Leo his Oscar I don’t know what will. He tried the dramatic roles. He tried the bio-pic roles. He’s had a candle stuck into his asshole in Wolf of Wallstreet. And still no Oscars. So this will have to do it. Leo put on his little size 6 skinny jeans, walked into the wilderness, and got movie-raped by a bear. Twice. Hard to really blame the bear in that situation. What are you going to do when you’re a bear and Leo comes waltzing around your camp grounds at night? I don’t exactly know the ins and outs of bear rape but if I’m in the bear’s shoes, you gotta do what you gotta do. Leo should have been a little more prepared for his trek through the wilderness, but I guess he survives it, so hey, we all win in the end. 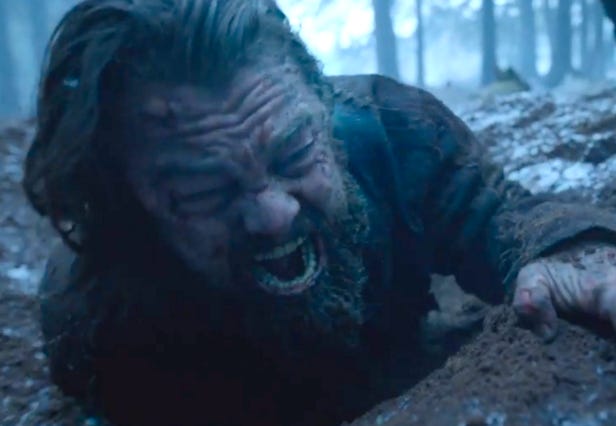