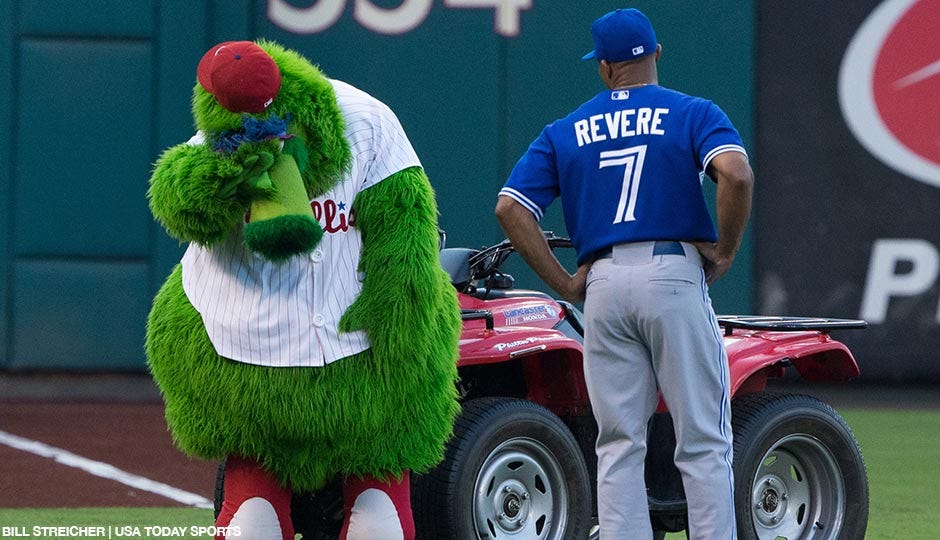 [Editor’s Note: This is Tbyrd. We needed a Phillies writer to get into more statistical and nitty gritty analysis and, sweet Jesus, we found one. I’m going to tell him to do less in the future because writing this much about this team is the definition of self torture.]

With Philadelphia sports in the mess that it is in, there is not much to look forward to. The Eagles are in shambles, the Sixers are a joke and the Flyers have an inability to score goals. As sad as it is, the Phillies are the only team in Philadelphia trending upward, despite being the worst team in all of baseball in 2015. They are loaded with organizational depth, including 5 prospects in the Top 100 according to MLBPipeline.com and a slew of talent already at the Major League level. They have recently hired a new President, Andy MacPhail and a young GM with an understanding of analytics and the modern game, Matt Klentak. Baseball is unlike any sport. You don’t need that Jameis Winston, Ben Simmons, or Connor McDavid type to bring your organization back to relevance. You just need a smart front office and a strong scouting and development department.

The Phillies do need a few more years, to return to the promise land. As recently as 2012, they were the 3rd highest grossing team in all of baseball in terms of revenue. In 2016, their $2.5 billion contract with Comcast Sports Net will take effect. By 2017, Carlos Ruiz and more importantly, Ryan Howard’s disaster of a contract will be off the books thus relieving the Phillies of any association to the ‘Glory Years.’ Money will never be the issue for this team so if they wanted to use the Yankees and Dodgers business plan, they could very well do so. My point being, the Phillies are still a big market team. People forget, they were Baseball from 2008-2012 selling out 257 straight games.

Below is my take on the current state of the Phillies and a specific scenario that could be the stepping stone to a brighter future. Feel free to give me hell because, as a Phillies fan, I’ve already been living there.

Why a John Lackey Signing is the Best Thing for The Philadelphia Phillies:

A World Series champion with the Los Angeles Angels in 2002 and again with the Boston Red Sox in 2013, winning seems to follow John Lackey wherever he goes. Over the course of his 13 year career, he has appeared in 23 Playoff games, with 20 Starts and a 3.11 ERA. In 2002, Lackey was that 23 year old rookie pitcher making his World Series debut. In that series against the Giants, Lackey became the leader of a rotation comprised of veterans Ramon Ortiz, Jerad Washburn and Kevin Appier. Not the sexiest of names and I’m sure the majority of you said to yourselves “Oh yea I remember him,”, but I digress. Lackey appeared in 3 games, 2 starts including the game 7 clincher which he tossed 5 innings of 1 run ball, before handing it off to one of the most dangerous bullpens ever assembled.

After a successful career with the Angels, he was rewarded in 2010 a 5yr 80m contract to lead the top of the Red Sox rotation which included young hurlers Clay Bucholz and Jon Lester. This was supposed to be a vicious combination that many saw as the one best rotations in the American League. Finally after, 3 years of disappointment and injury, the Red Sox won the 2013 World Series. Lackey again made 3 appearances, 2 starts, 1 win, with a 2.57 era in 14 innings pitched.

Then the best organization in all of Sports, the St. Louis Cardinals knew what they needed and traded some serious value at the time (Joe Kelly and Allen Craig) to obtain in him at the 2014 trade deadline. Oh, he just gave them a 13 wins over a year and a half, 2 playoff wins and 3.10 era.
What am I trying to say here? Oh, yea – The Phillies need to sign this guy. Sure, I am blowing smoke here. The odds of Lackey wanting to come to Philadelphia are slim to none, regardless of offer. History will tell you he has just a few years left in that arm and John himself would probably agree. Lackey wants to win and at 37, going on 38, he wants to win now. The Philadelphia Phillies have made it clear to the baseball universe they do not plan on contending until 2017 which makes the appeal of Philadelphia less than welcoming. But this is what a young team like the Phillies need. An older veteran presence. Someone who has been through the playoff trenches. Someone who wants the ball.

So why not? Why can’t Klentak take a rather different approach that can potentially pay dividends to the 30 million dollars you would pay him? My reasoning is simple. Lackey is a winner and always has been. Aaron Nola is the clear leader of a young Phillies rotation. Aside from newly acquired Jeremy Hellickson, this rotation will be young and inexperienced. Jake Thompson, Jerad Eickhoff and Adam Morgan will round out this unseasoned group who have a combined 27 major league starts between them. Hellickson is in his prime years yet, has not been the same effective pitcher he was with Tampa Bay 2010-2012 which is why signing a guy like Lackey and his postseason experience will be vital to the molding of this rotation.

Below I will give you three names. These are the names of a Hall of Famer and two who are borderline. They helped transition 3 mediocre ball clubs with a young pitching staff into winners during the latter part of their careers. Like Lackey, these three players had the regular and postseason experience and joined a young team right before their tipping point.

The name is enough. We all know his story, a billion strikeouts, 300 wins, and as of 2015 a Hall of Famer. But to me, this stat is more convincing – a World Series MVP and 19 career playoff games appearances.
In 2009 at the age of 45, Johnson signed for 8 million dollars with the San Francisco Giants. A remarkable amount given his age. In 2009, the Giants rotation was comprised of Reigning Cy Young Tim Lincecum, Matt Cain and Jonathan Sanchez. Barry Zito, who they thought was going to be “the guy”, had 40 losses, to go along with a 4.46 ERA and 1.44 WHIP during his first three years of a seven year contract. The Giants were coming off their 5th consecutive year without a postseason appearance with a 72-90 record the year prior. This team had energy. It started with the rotation and into the lineup which consisted of youngsters Buster Posey and Pablo Sandoval. What they didn’t have enough of was experience.

Johnson was on his last leg, the Giants knew this. His job was to inspire. In 17 starts, he put together a 4.88 ERA and in true RJ fashion, a 8.1 K/9. But what I found most impressive was the benefit he had on the rotation. In 2009, the starting rotation compiled a 63-53 record with a 3.58 ERA, Tim Lincecum won his second consecutive Cy Young, and Barry Zito himself lowered his ERA a full run from the previous year.

The Giants finished with 88 wins that year, good enough for 3rd place. Randy Johnson called it a career but, his presence in that rotation certainly had an impact as the Giants won the World Series the following year. By 2014, they had 2 more.

Many laugh when they hear this name. I don’t. Jamie is one of the main reasons the Phillies won the 2008 championship. I love this man and what he did for the Phillies organization will never be forgotten.
Jamie has an interesting story and as I was following the 2006 trade deadline, I remember snickering to myself thinking, “wait, he still pitches?” The Phillies traded two mid level prospects in 2006 to the for a 43 year old man who couldn’t crack a windshield with his fastball. Not only that, he had a year still remaining on his contract. Jamie had appeared in 4 playoff games and a member of one of the greatest teams in in MLB history: the 2001 Seattle Mariners. Twice a winner of 20 games, he saw a resurgence in his career after the age of 34 and made his lone all star appearance at the age of 40.

Other than that, not much to the guy right? Wrong. In 2005 and 2006, the Phillies lineup was one of the best in the MLB. In 2005 and 2006, the Phillies were top 3 in RBI’s, Runs, and OBP in the National League. Their pitching was also, 3rd in Home Runs allowed and below the league average in ERA and WHIP in 2006. Safe to say it wasn’t clicking on all cylinders. On top of that, they had not made the playoffs since 1993.

Here comes Jamie Moyer at the 2006 trade deadline. Although, the statistical aspect of the staff didn’t change much by 2007, he helped mold a young Cole Hamels, Kyle Kendrick and Brett Myers. By 2008, the Phillies had a World Series, a rising pitching staff and an ace. While the offensive production remained consistent, the pitching kept improving. By 2009, the pitching staff for the Phillies delivered 66 wins while maintaining a top 5 ERA and WHIP in the National League. By 2011, they had the best rotation in all of baseball as well as a fifth straight National League Championships.

The resume goes on and on. 239 career wins, 2 World Series rings, a perfect game, and to boost my point even further, 27 playoff appearances. In 2004 the San Diego Padres were coming off 5 straight losing seasons including a 64-98 2003 season. Wells spent the 2003 season in Yankee pinstripes, but left a bad taste in the organizations mouth after asking to be removed due to “migraines” from a 2003 World Series start. If you know David Wells, you know he enjoyed partying, drinking and was a tad overweight. Paying anything more for a 41yr old Wells would have been cause for concern. He then signed for a team friendly 1.25m, with the Padres that offseason.

The Padres were comprised of an intriguing rotation with names such as Brian Lawrence and Adam Eaton. Lawrence had established himself as the workhorse of the Padres rotation since 2002 having thrown 420 innings with a sub 4 ERA. Entering his prime by 2004, Lawrence was rewarded the opening day start.
Eaton on the other hand was still young, 26, with a very high ceiling. A former first round pick, Eaton was just coming off his best year as a pro with 9 wins and a 4.08 ERA in 199 innings.

And then you had Jake Peavy, a 22 year old who was becoming the new face of the Padres franchise. During his third year in 2004, Peavy emerged as the Padres’ ace starting pitcher and one of the best pitchers in baseball. He compiled a 15–6 record, struck out 173 in 166 innings, and led all of Major League Baseball with a 2.27 ERA.

In 2004, the San Diego Padres starters won 64 games, as many wins as they had the entire 2003 season and compiled a 4.10 ERA. They improved to 87-75 and finished 3rd in the NL West only to win the division the following season. Wells was not a member of that 2005 Padres team, but his tutelage and persona went a long way for that young rotation. In 2006, they won their second straight division to go along with leading the NL in ERA, which they also did in 2007 as well.

An organization can go any which way. I trust Klentak’s decision making process and he has my full confidence. The Phillies traded away their leader in Cole Hamels this year. You saw what he did with the Rangers post deadline and he will continue to do so. Like Hamels, Lackey is a leader and a guy like him can help bring this organization back to elite status.