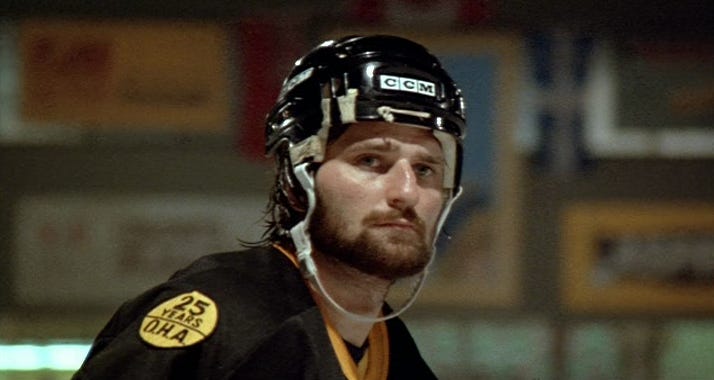 Earlier today I blogged this ECHL game that ended with a fight after the shootout in almost identical fashion to the final scene in Youngblood. Which reminded me of what a fucking prick Racki was. And since it’s a pretty slow news day and we’ve already compiled the All Time Hockey Movie All-Star Team, I figure it’s time to give the Goons a little love. So without further a do, here is your All Time Hockey Movie Bully Squad. The gooniest goon unit ever assembled.

Carl Racki may be the biggest piece of shit that ever laced them up. Take Marty McSorley and Todd Bertuzzi, put both of their cheap shots together and you still don’t even come close to that bullshit stunt he pulled on Derek Sutton. The man couldn’t skate, he couldn’t handle the puck, he had no business being out on the ice. He’s your prototypical goon but I’ll be damned if he didn’t play his role to a T. He knew what he was out there to do and he did it. He got under other teams’ skin, he took out their best player and even scored a few goals in the process. He was an asshole for sure, but you’d rather have him on your team than play against him.

The thing that sets Ross “The Boss” apart from the rest of the goons that make this list is that he actually had a pretty productive career. Sure, he was a fighter at heart. But he actually understood the game and knew how to play it. Probably one of the greatest, if not THE greatest, fighters the fictional hockey world has ever seen. Plus, Liev Schreiber voiced 24/7: The Road To The Winter Classic so he’s a hero. 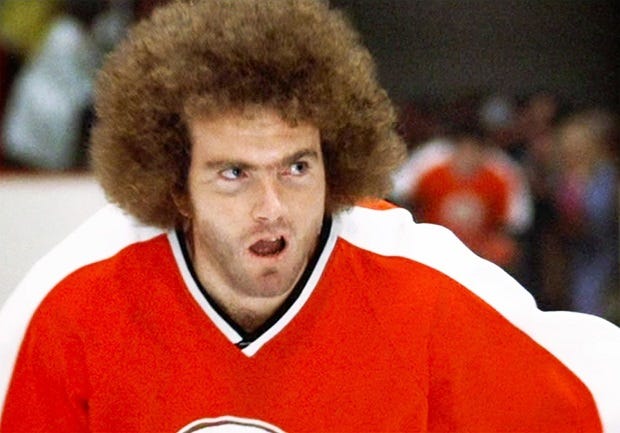 Just hearing the name “Ogie Ogilthorpe” said aloud sends a shiver down your spine. No man in the fictional hockey world has ever commanded such fear in the way that Ogilthorpe did. I mean, imagine getting deported to Canada and then those syrup-guzzling bastards are just like “nope, he’s way to fucking scary for us. He’s your problem now”. The man is a menace and I’m sure plenty of teams would rather act as if their bus broke down and they couldn’t make it out to Syracuse for the game rather than actually go out there and have to face him. 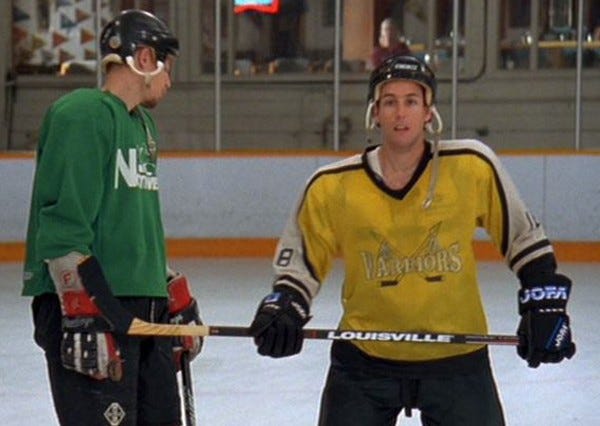 He was the only guy to ever take off his skate and try to stab somebody with it. He deserves a spot on this list for sure. 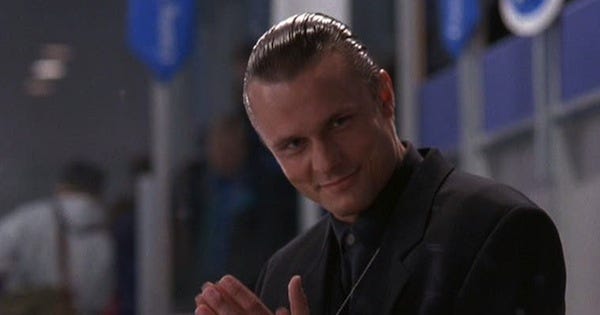 To this date, I still have nightmares about Wolf “The Dentist”. That hack he took at the back of Bombay’s knees will never not haunt me. The man was not only banned from the NHL for life, but they also tried to ban him from the United States. Think about that for a second. There’s never been a more genuinely evil man in fictional hockey history. Sure, the rest of these goons are all assholes. But that’s just because they are savages and have a total disregard for human life. Wolf Stannson on the other hand, well he was a calculated villain. He didn’t hurt people just because he could hurt people. He hurt people because he wanted to and he enjoyed doing it. What a fucking freak. 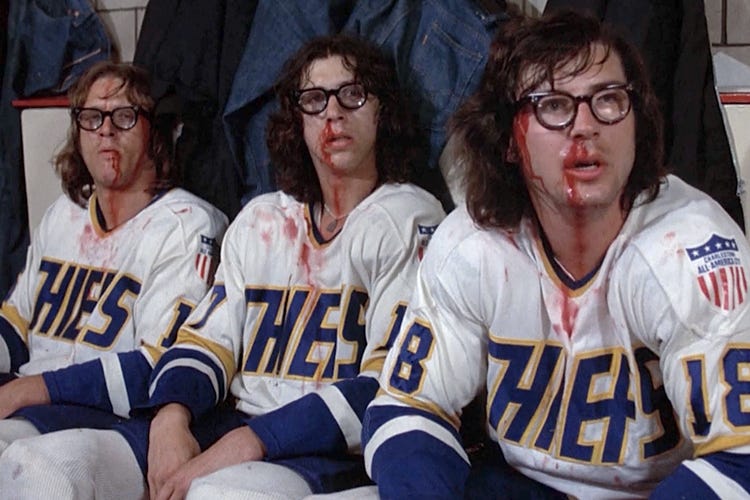 I was going to try to keep this list just to the villains/bad guys in all these movies. But the Hanson Brothers are the inventors of the new aged goon that we have in the league today. They are guys who will bleed for their team. Guys who will wear the foil. Guys who aren’t afraid to tip-toe the line of legality in the game. But they also had some skill and you couldn’t possibly ask for a better 4th line.

Same thing that I said about the Hanson Brothers applies to the Bash Brothers. They were a terror out there on the ice and always causing trouble. If you were out on the ice with these guys and had the puck on your stick, 99.5% of the time you were getting hit. They were big, they were mean, they were scary, but they weren’t too out of hand which is why they are only honorable mentions.

Oh, and for anyone who gets mad about leaving Doug “The Thug” Glatt off this list… Listen, I love Doug. But he’s not a bully. Is he a great fighter? Absolutely. But the only time he fought was to stick up for his teammates. It’s not like he was a menace out there just terrorizing opponents. He was a teddy bear at heart. Not a bully.

And that about wraps it up. If you think I missed anyone that 100% needs to be on this list, feel free to let me know on Twitter @BarstoolJordie. But until then, good night and good fight.