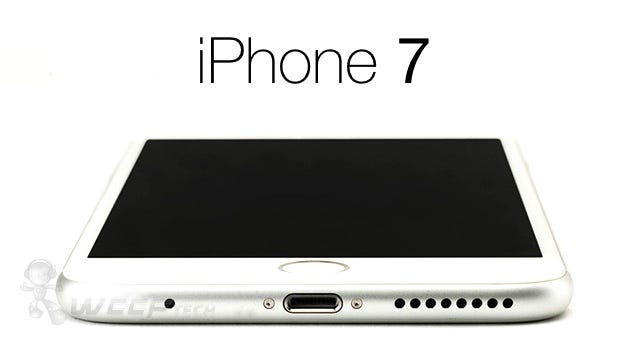 NY Daily News- A thinner iPhone could mean a thinner wallet.  Tech insiders speculated that Apple may ditch the standard 3.5 mm headphone jack in its next generation of iPhones — raising fears that iPhone owners might have to replace their pricey audio accessories if they choose to upgrade.

Dumping the jack would allow Apple to make the iPhone 7 even thinner, reported Japanese tech blog Macotakara in a widely circulated post that many readers believe to be reliable.
According to the rumors, headsets would be plugged into the jack-less phone’s Lightning port, which is currently used for charging. It’s not clear if a user would be able to charge their device and listen to music at the same time.

The standard Apple-brand EarPods that come with each new phone would likely fit into the Lightning port, and iPhone owners would be able to use their old Bluetooth headphones.  But customers who want an alternative to the EarPods and do not own a wireless set would likely be left with two options: Buy an adapter to make their 3.5 mm headphones compatible with into the port or buy a whole new headset.

Steven Lucifer Jobs, you sly son of bitch, haunting our wallets from beyond the grave.  If I have to spend $50 for some shitty headphones that I don’t like or $25 for some piece of plastic to make my regular headphones usable with the iPhone 7, I am going to be really upset!  This is the same company that charges $19 for the goddamn iPhone charging cord.  Not the plug and the cord.  Just the CORD. And you can’t cheap out on Apple products either.  I once bought a $1 iPhone charging wire off of eBay.  Before long, Apple had updated its software so the cord wouldn’t work.  And the wire ended up frying out one of my USB ports.  It was like welcoming Charlie Sheen in to have sex with my computer.  Just left it used, abused and broken.

And don’t even get me started on the headphones Apple gives you with an iPhone.  Uncomfortable and makes you look like a goddamn Mac sheep (instead of quietly being a Mac sheep with your own pair of headphones).  Apple buying Beats By Dre makes even more sense now.  They will probably add a few more colors to its line and pick a QB better than Colin fucking Kaepernick to promote them and we will continue to print their own money.