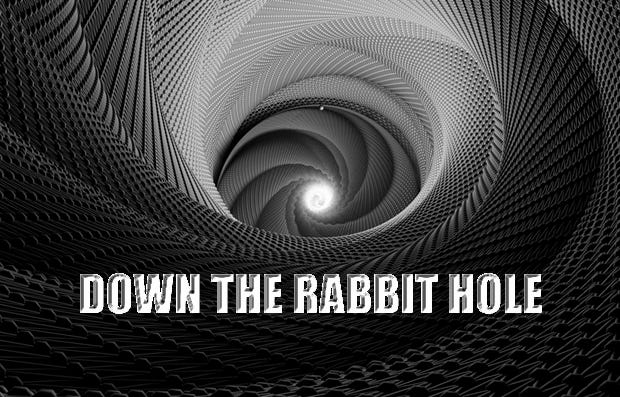 Well I didnt want to do this. I didnt want to dive all up in the Reddit page and read the theories and predictions and shit. For 2 main reasons 1) We’re dealing with Lindelof here who has a reputation for setting up awesome analogies and corollaries and connections and just never following through on them. and 2) as crazy as it sounds, since this show is far and away the best thing on TV, theres a chance it doesnt get renewed for Season 3. I think it will. But it hasnt yet. And its ratings are bad. Which doesnt usually matter to premium channels but nonetheless its future is in flux.

But I did it anyway. Started down the rabbit hole with viewers who are FAR more into this show than any of us. Some of these are far fetched and awesome. Some are far fetched and stupid. But I can appreciate thinking outside the box with a show like this so here they are:

1) The Australia Theory- My favorite:

Anyone else think that the c4 is to re-open the cave and access the Axis Mundi?

As one bridge is destroyed (the physical bridge into Jarden) another bridge is opened (the cave that was closed by earthquake in episode one).

If Meg leads a flood of people into Jarden skewing their population numbers and the bridge is destroyed preventing people from leaving Jarden, I think the c4 will be used to re-open the cave that provides a direct gateway to the cave seen here in Australia: 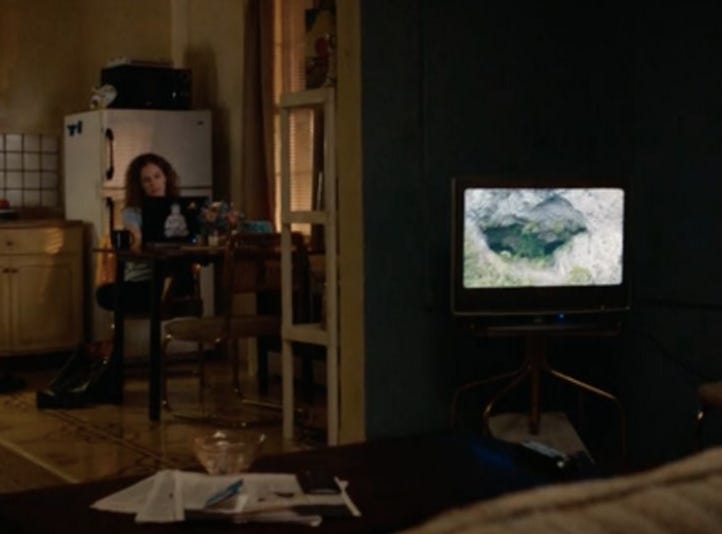 Couple tid bits that I thinks supports this:

This one is awesome. There’s heavy mentions of Australia and there has to be something to it. All the pieces fit. If the Axis Mundi is somehow caves connecting Texas to Australia that would be dope. Very reminiscent of the Island in LOST. It seemed magical but Farraday and Eloise and company were tracking it down through very real, scientific manners. There is something supernatural to Miracle as the Axis Mundi but there might be something very tangible about the cave and these locations in Texas and Australia.

Chance of this being something that makes perfect sense to the viewer and is never answered in the show: 5 Lindelofs.

2) Megs Plan with the c4, and Evie and the girls hanging themselves from the bridge -  The theory posed from many different Redditors and views all basically boils down to this:

– The C4 Meg was secretly acquiring was used to blow up the lake and drain the water. They took the time to particularly show Meg on the tour of Jarden looking at the cracks in the ground. The tour explained that the cracks were gas explosions during the Departure, but how there is natural fracking that occurs. Now personally, I take that to mean thats most likely what caused the lake drainage. I dont think an entire town shakes for 10 seconds and a whole lake disappears because of C4 explosions. But by the same token I suppose it could be used as the perfect cover up while someone was blowing it up. The only thing that I like about this theory is that, aside from Kevin in purgatory and the Departure, a lot of the show has real explanations. An earthquake or fracking is a real explanation, but it seems like a crazy coincidence the same night that Evie disappears. Could have been planned explosions.

3) Evie and the girls hanging themselves from the bridge – This one makes sense on a lot of levels at first. Meg, Evie and the GR will want to make a big spectacle on the anniversary of the Departure. Take the Remnant’s mission to the next level and make everyone – including the people of Miracle – remember. During Kevin’s trip to purgatory, we see the man on the bridge tying 3 ropes over the edge. Makes perfect sense.

Only thing is that when you freeze the TV during Kevin’s purgatory sequence, we see more than 3 ropes: 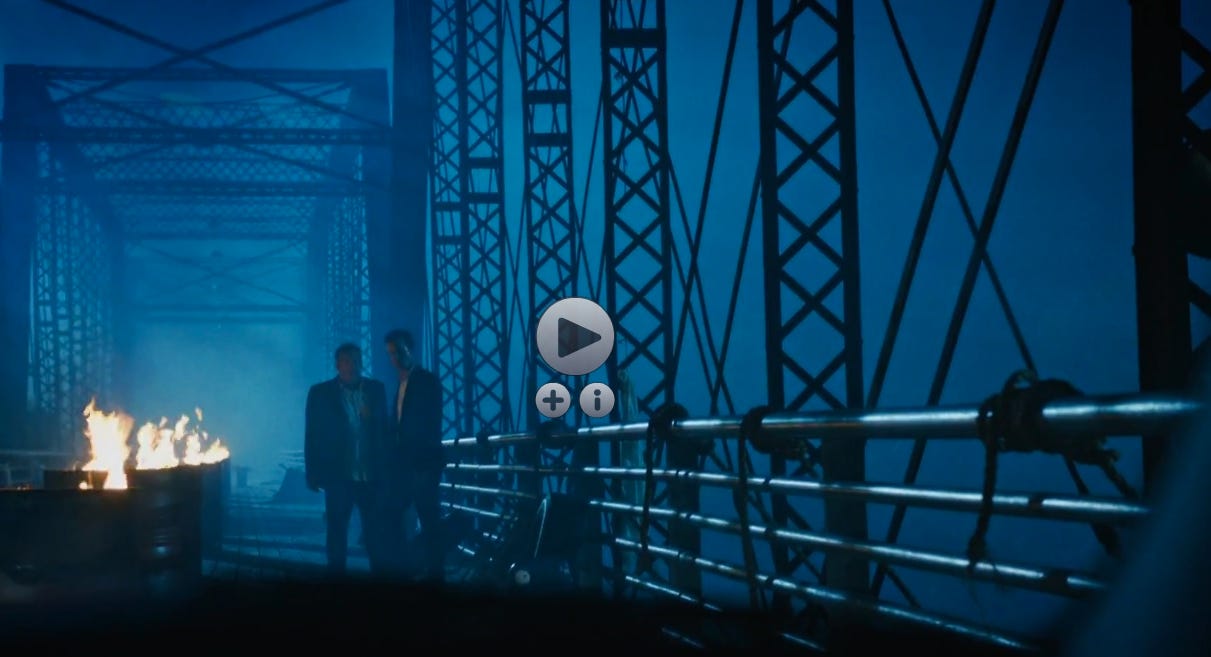 Chances that those ropes are for Evie and the girls to hang themselves: 1 Lindelof

Chances those are ropes for the people outside of Miracle to climb up and break through to Miracle: 4 Lindelofs

4) Kevin Garvey is actually in the Guilty Remnant, doing their work when he’s sleep walking - This is a popular one. This will be the theory that everyone throws at you as if the entire internet isnt already saying it. It will be the same as “Walter White takes on the traits of the people he kills!” which was thrown around ad nauseum during Breaking Bad.

Here’s why I think Kevin is in on it –

So I am starting to really get behind the idea that sleepwalking Kevin has been helping the GR all along. He basically has split personalities. It would make sense why in his dream he knew the answer to why they smoked (to remember) yet his wife Laurie had NO clue how to answer that when they were interviewing her for her book. When that pricky guy asked her, “what’s with all the smoking?” she basically went blank.

It also explains why Meg just told Tommy that Kevin (his father) was a good guy. She speaks highly of NO ONE but someone who is helping her? Someone who was her insider in Miracle?

Kevin could’ve helped them set off the explosion at the lake that night. He tied the cinder block to himself to get him to the bottom ASAP and lit the fuse. What he didn’t count on was the water draining and saving his life. This would make ghost patty and virgil correct when they tell him that he was trying to kill himself. He never intended to survive that.

Sorry guys, I am spiraling. This show…. 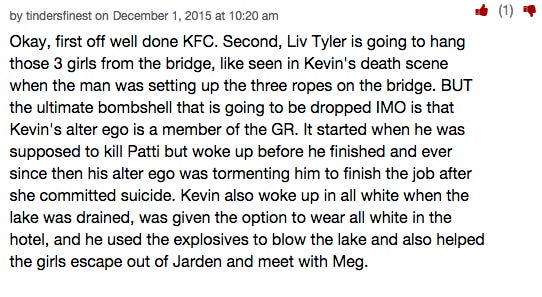 I dont discount this theory. I dont think its true. I think its a bit of a stretch. But some of the pieces certainly fit. From a point of view of “Whoa I didnt see that coming” this would be awesome. From a point of view of who Kevin Garvey is and the role he played in this show, it would be as stupid as it gets. He’s been fighting the GR and everything they represent since day 1. He’s the anti GR. I suppose the split personality, alter-ego stuff lends itself to him being a totally different guy during his episodes, but I just think its lame. I think its much more likely that guys like him and his father are there to try to stop the madness of people like Liv. I think it would be a crazy heel turn but kind of a disappointing one in my eyes.

Chances Kevin is secretly in the GR: 2 Lindelofs

5) The cricket that drove Erika and John Murphy crazy was a secret cell phone Evie used to communicate with Meg – In the most recent episode when Meg was in the car with Tommy, we hear a cricket chirp a couple times. Meg tells Tommy to get the cell phone out of the glove box and we realize that was just her ring tone for her texts. Clearly Evie and Meg have been in communication to set up this entire plot, and so we’re led to believe there was no cricket, it was just Evie’s ringtone.

While I believe its kind of dumb that a secret cellphone would be left with the volume on, this was an awesome little ah-ha! moment. Chances that the cricket was just the cell phone or that there is at least some sort of connection between the two: 5 Lindelofs

Yes, I realize my use of Lindelofs here is completely arbitrary and contradictory…but isnt that what Damon Lindelof is? Its the reason none of these theories will pan out at all. Because thats what this son of a bitch does. He writes awesome stories and haphazardly includes easter eggs and nuggets and connections that make the potential for the story even greater and then just never addresses them.

So take all the theories with a grain of salt. Remember just last week everyone was talking about Dante’s Inferno and Virgil guiding Kevin through the depths of hell and then none of that took shape. Whether or not they ever play out remains to be seen but I could talk about this show and hypothesize all day.