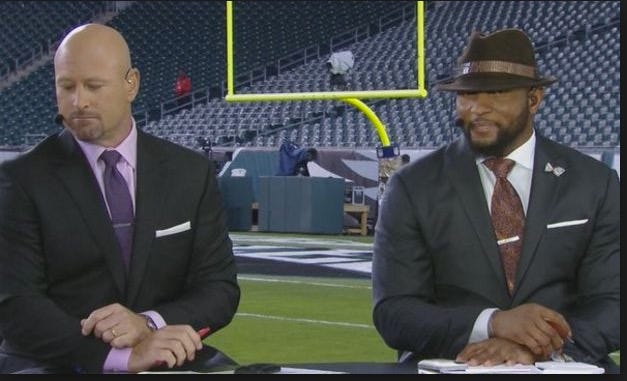 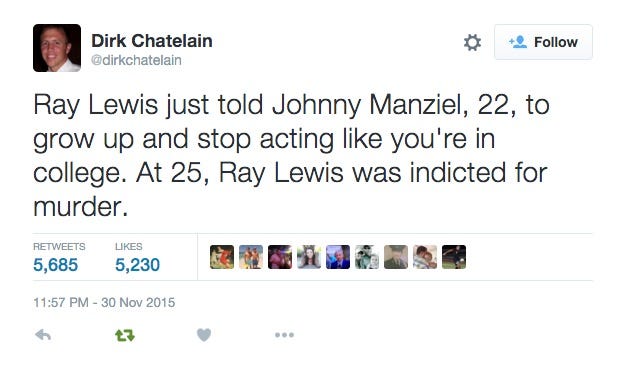 I absolutely love it. This is exactly why you have Ray Lewis on that stage in the first place – he’s been there, done that, seen some shit. He’s exceeded at the highest level, won Super Bowls, and through all of it managed to keep his name out of the mud and play the game the right way. On and off the field, the epitome of a true professional.

They say let he without sin cast the first stone, well kudos to ESPN for finding the perfect guy with the perfect moral compass and perfect grasp on right and wrong. Not many people out there who can sit on a pedestal on top of a high horse and criticize a 22 year old kid for their life choices, but somehow ESPN found just the one.

Grow up Johnny. Stop acting like you’re in college. 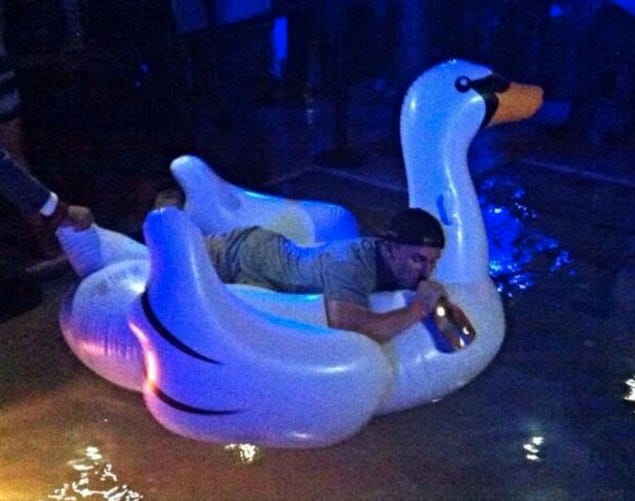 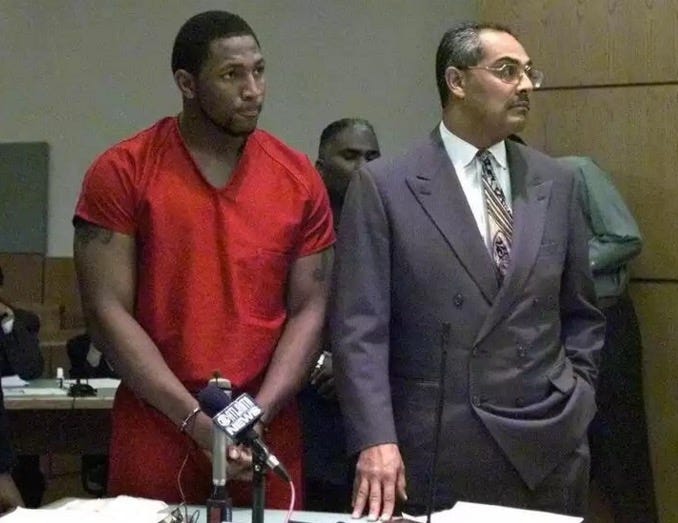 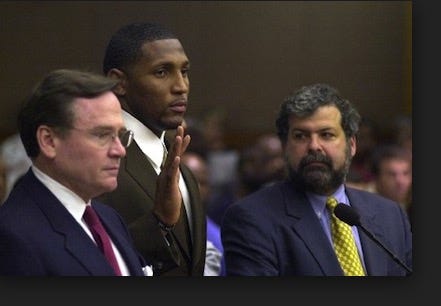 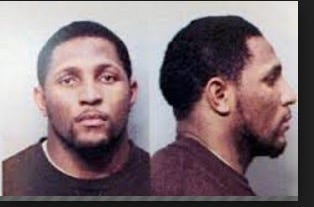 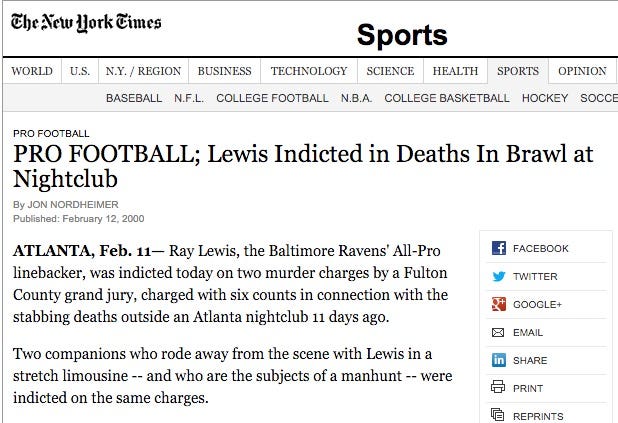 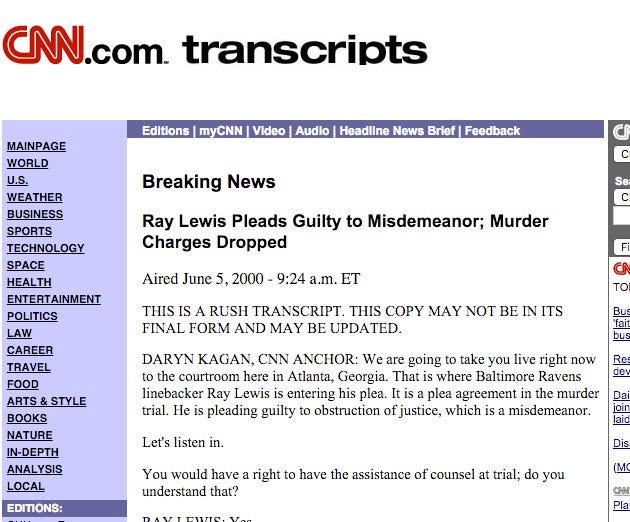 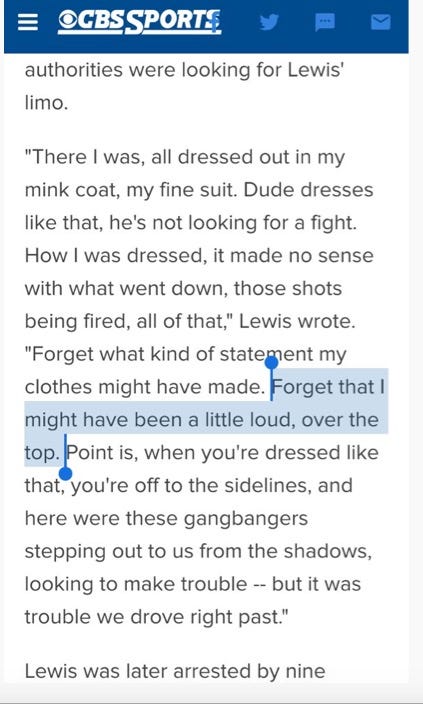 Yeah Johnny obviously needs to learn from his mistakes and grow up. Those mistakes are partying during a bye week and drinking a bottle of champagne on an Instagram video – maybe he should get the lecture from someone who had an alcohol problem and didn’t handle the spotlight well when he was young, not the guy whose mistakes were getting arrested and indicted for double murder and taking a guilty plea deal to obstructing justice in the homicide of a human being.

Actions have consequences Johnny. Unless you have a savage crew of lawyers and some friends that will do all the jail time for you. 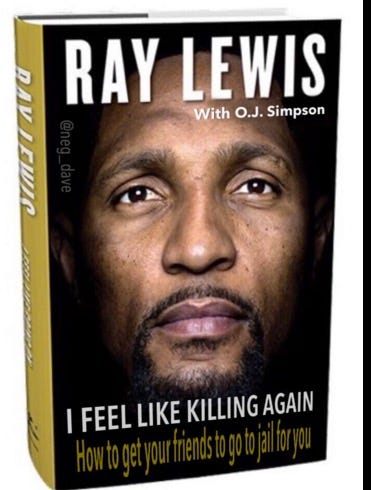