I mean it’s really not that hard – Alabama won the SEC West, Ohio State didn’t win the Big Ten. Alabama has one loss and won their conference, Ohio State has one loss and didn’t win their conference. Alabama played six ranked teams and beat 5 of them which then directly led to those teams becoming unranked. Ohio State played one ranked team finally… and lost. It’s just simple math and common sense and the possession of 2 eyeballs.

I really don’t know what guys like Cowherd and Mike Thomas don’t get about this. 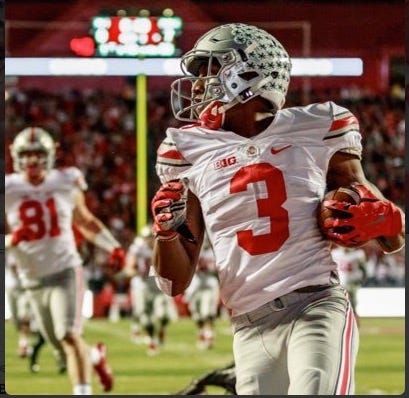 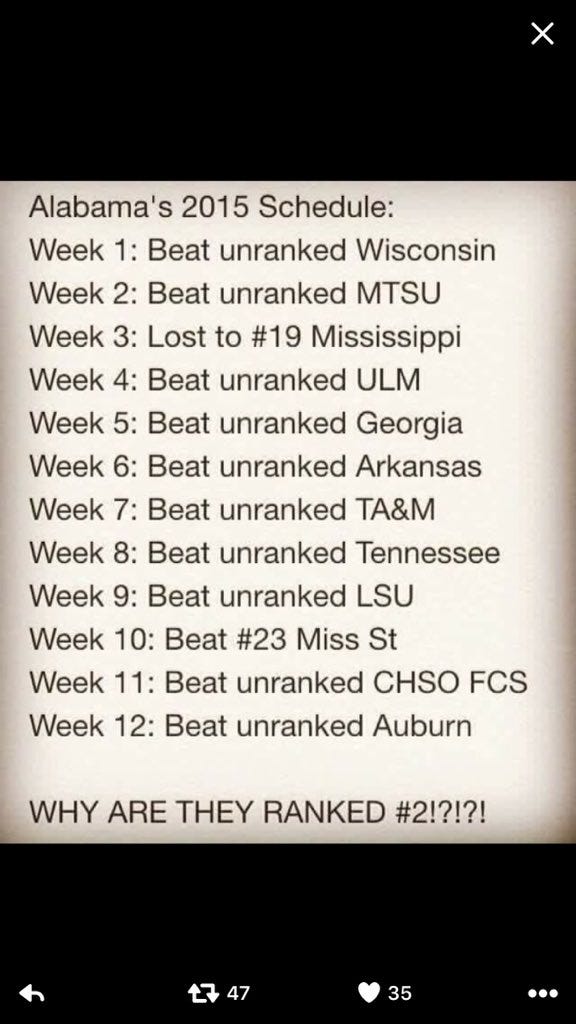 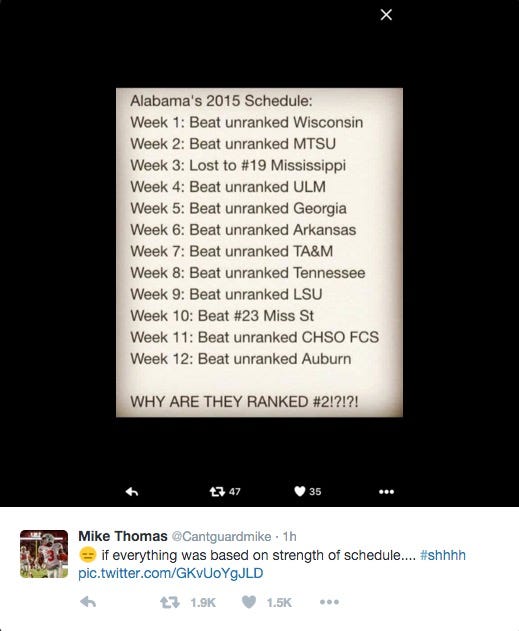 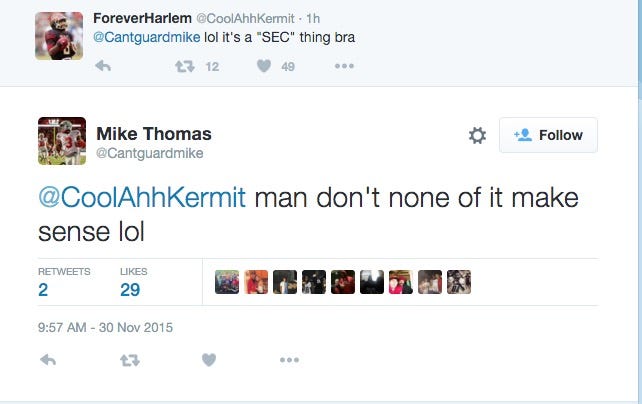 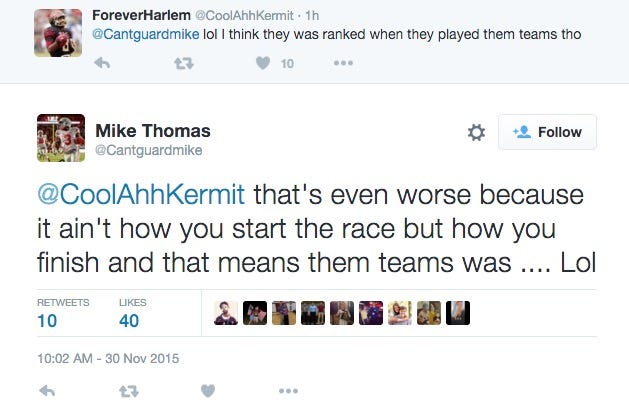 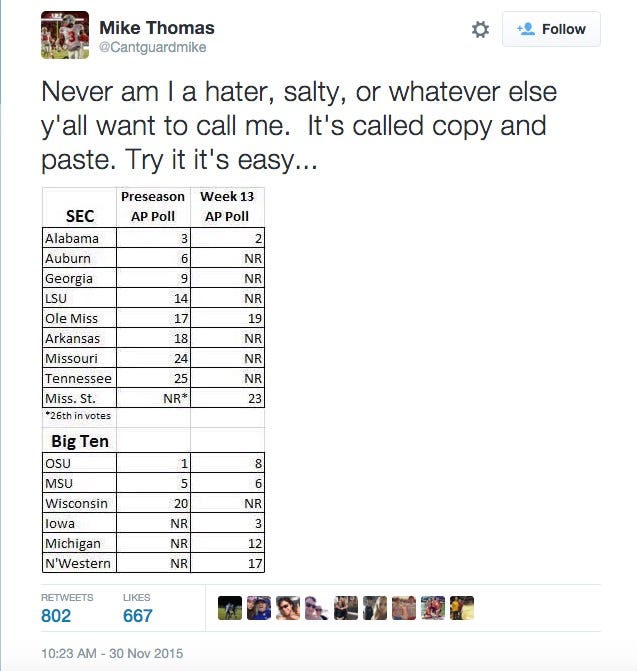 LOL funny for Ohio State to talk about someone’s strength of schedule.