QB – Brady was my featured blog pick and he worked out pretty well – 1% owned was even better than I hoped for. Any time you can get the best quarterback in football at 1% it’s a great tournament play. Can’t complain about 23.2 points – was definitely hoping he could add 20 yards in OT to get that 300 yard bonus though.

RBs – I hate playing Mark Ingram, I don’t know why I keep doing it. I mean I know why, it’s because he’s always low owned and plays in a fast paced offense, and he’s a solid bet to get you 15 points – he just seems to always underperform my expectations and never hits the 25-30 points we need for tourneys. My blog pick was TJ Yeldon, but with the last minute news of Charcandrick being out I made the switch the Spencer Ware. I loved his matchup and at only 3.8K he helped me save some salary – unfortunately a lot of people had the same train of thought, 21.5% wasn’t ideal.

WRs – Amari Cooper was my blog pick and he put up a great game at very low ownership, so pat on the back for me there. But, with the money I saved from Ware and other places I upgraded to OBJ who put up a monster. Decker is always a solid bet for points at relatively low ownership and he didn’t disappoint either. Where I ran into trouble was with my super contrarian picks – Kendall Wright and Stefon Diggs, two big time duds.

TE – When Jordan Reed is healthy, he’s a beast. His price is insanely low so I’ll keep running him out there, but you hold your breath every snap expecting a sprained ankle or concussion with the guy.

Moving on to this week – 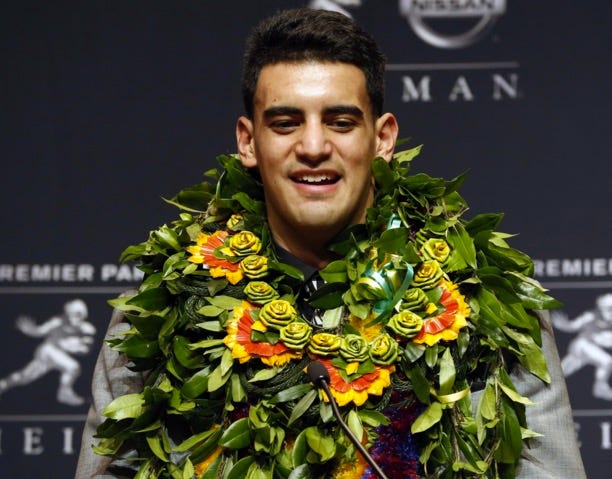 Cam Newton should be your chalkiest play of the week in a fantastic matchup with the Saints – I’d also expect Brady and Roethlisberger high up there as well. All 3 are in play. But for my main tourney lineup I’m rolling with my man, the Flyin Hawaiian himself (Did Victorino retire yet? Time to pass that nickname on) – Marcus Mariota. He’s been pretty much the prototypical GPP play all season long – he’s dropped a couple of 8 pointers, and a 36.34. Up and down – aka, very risky. But the season is coming to an end and I think it’s time for him to break out and string together some solid games – what better place to start than against the Jags? It’s a game that nobody on Earth will want to watch live, but fantasy players might find a whole lot of goodness in.

Also consider: Cam, Brady, and Big Ben, in that order are my top 3 plays. Carson Palmer I think could go underowned, and I have a gut feeling he tries to air it out rather than rely on his new running back. If Mariota wasn’t risky enough for you – how about Jay Cutler or Ryan Fitzpatrick? Or Alex Smith anyone? (I don’t personally like Alex Smith but hey, it’s Oakland). 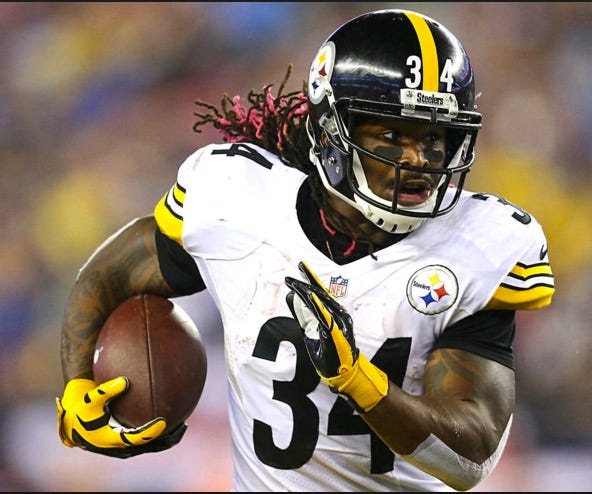 Can’t get a read on the running back ownerships this week – one place had DeAngelo as a mid-range guy, one had him as the highest owned RB on the slate. If you think he’ll be the latter you may want to fade him and use one of the other solid options in the price range, but since I keep getting burned by bad ownership predictions, I’m just going with my gut and rolling him out because, bottom line, I think he scores a whole bunch of points. And that’s what I like. Everybody saw the massacre the Steelers put on through the air last week, so while everyone is geared up on Brown, Bryant and Wheaton I’ll look for Williams to put up 100+ and punch in a couple scores. The Colts run D has been known to get trampled, and a Sunday Night spot makes it all that much better.

Also consider: Doug Martin is obviously in a great spot, AP could go lower owned than usual because of the matchup, and I like Rawls to sneak up on people with a 20 spot. I’ve heard that David Johnson is the chalk value play of the week, but I’m not really buying it – think I’ll be fading him, especially since I like CJ Anderson a lot better in that price range. 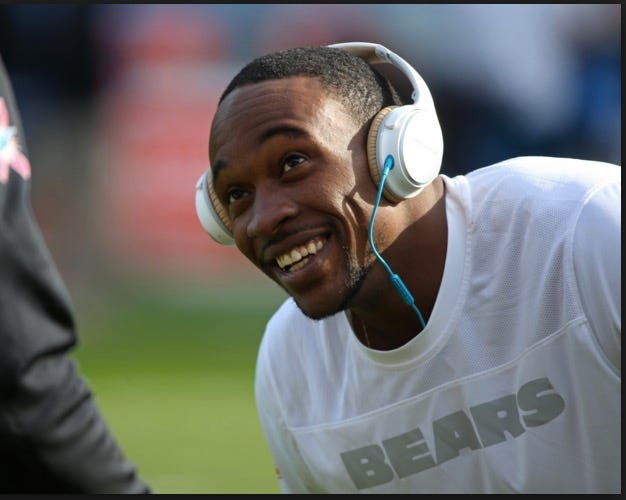 Antonio Brown and OBJ are my top 2 receivers of the week, but I’d expect them to be astronomically owned. Especially now that Revis is out, you got to imagine everyone will be loading up on Beckham. I definitely don’t expect Alshon to sneak under anybody’s radar and a good chunk of people should have him, but I think he’s got a chance to be the top scoring receiver of the week…for $2K less than the superstars. He’s finally off the injury report and when he’s out there, Cutty feeds him nonstop – not like the 49ers defense scares me either, and now that the Bears are “hot” I like targeting their offense. Of course, they could pull a classic Bears and put up a dud in a game they should win, but I still think the pure volume and touchdown upside puts Jeffrey right up there as the top WR play of the week.

Also consider: Like I said, I’ll be all over Antonio and OBJ in lineups that I can also mix up with contrarian plays. I love Allen Robinson to be a target monster this week – Jarvis Landry and Eric Decker are two big plays for me too. For value, I like Kamar Aiken and Donte Moncrief as high risk high reward guys…and of course Amendola if he’s fully healthy.

If I’m going Mariota, I’m pairing him up with Walker. Pretty basic tournament strategy, and since all the Titans receivers stink, I’m stuck with the tight end. Good news is that tight end has been putting up some great numbers, and the Jags don’t exactly scare me against the TE position.

I’d expect everyone and their mother to be on Scott Chandler – he’s not exactly Gronk out there so you may be better off fading his massive ownership, but 2.5K…that’s really hard to stay away from. If Hankerson is out (update: Hankerson on IR) I like firing up Tamme even though Matt Ryan stinks, and Gary Barnidge is always a solid option no matter what bum is playing QB.