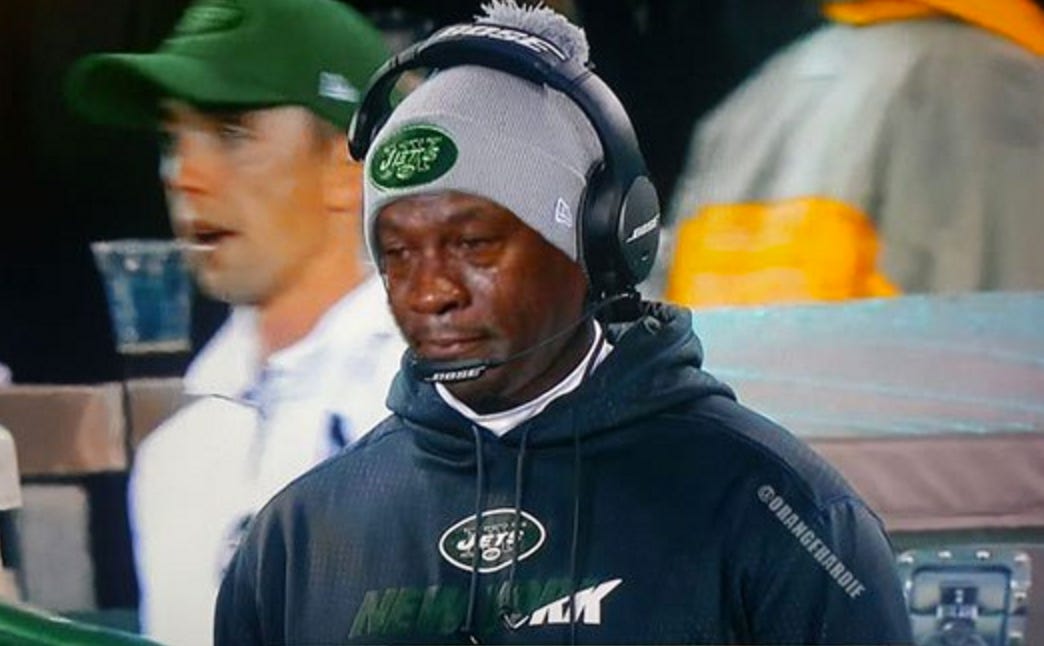 Well that was just about the last thing on earth Jets fans wanted to see. Rex Ryan actually outcoaching Bowles and the Jets as the Bills grab an enormous W on the road in the Meadowlands. That was as bad of a coaching job as you can do from Bowles tonight. From not going for 2, to not kicking the field goals, to bad block management, Bowles did it all tonight. Chan Gailey did him absolutely NO favors with those play calls tonight, but at the end of the day the blame falls on the head coach.

I actually didnt have a problem with him going for it on 4th originally. That screen pass to Marshall was abominable, and you combine that with the final score, and it all makes it look a lot worse than it was. But thats exactly the point. Sometimes you gotta take the points because thats how it can all play out. Again I dont wanna kill the guy with 20/20 in hindsight, but man oh man did that come back to bite them in the ass. You cant just say “If they kicked 2 FGs they would have won.” We all know thats not how these things play out. But that was showing a lot of faith in his offense and on both series they didnt even come CLOSE to converting. At the very least, I’m gonna need Bowles, Gailey, and Fitzpatrick on the same page if we’re gonna leave chip shot field goals out there multiple times a night.

PS – I hate to say it, but Revis got worked tonight. It wont show up in the box score because of some dropped passes, bail out penalties, and overthrows, but Sammy Watkins tore him up tonight. He’s lost a step for sure this season but tonight was the first game I was genuinely concerned.