Just wanted to make a quick introduction to one of the key players from the viral Missouri video that has taken over the internet since last night. For everyone who was wondering hey, who was that woman at the end assaulting a student reporter, physically pushing him around public property, demanding he stop taking pictures of a public protest, and calling out for “muscle” to come over and “remove” him? Clip below: 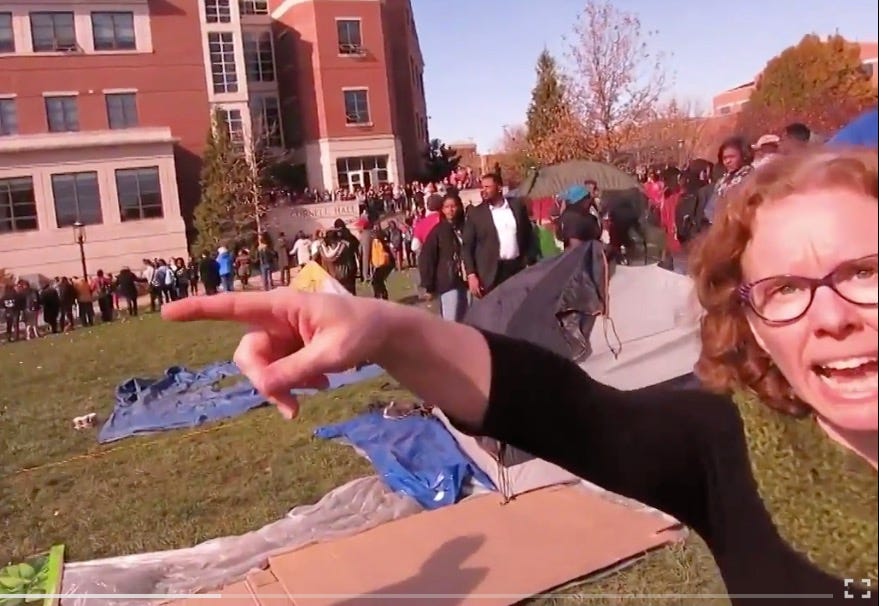 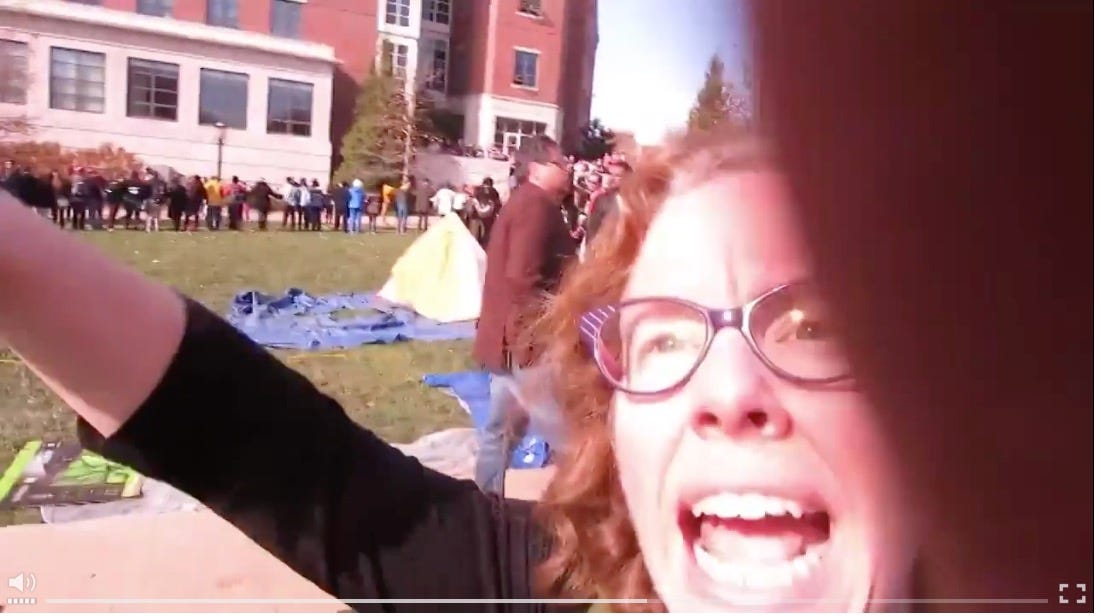 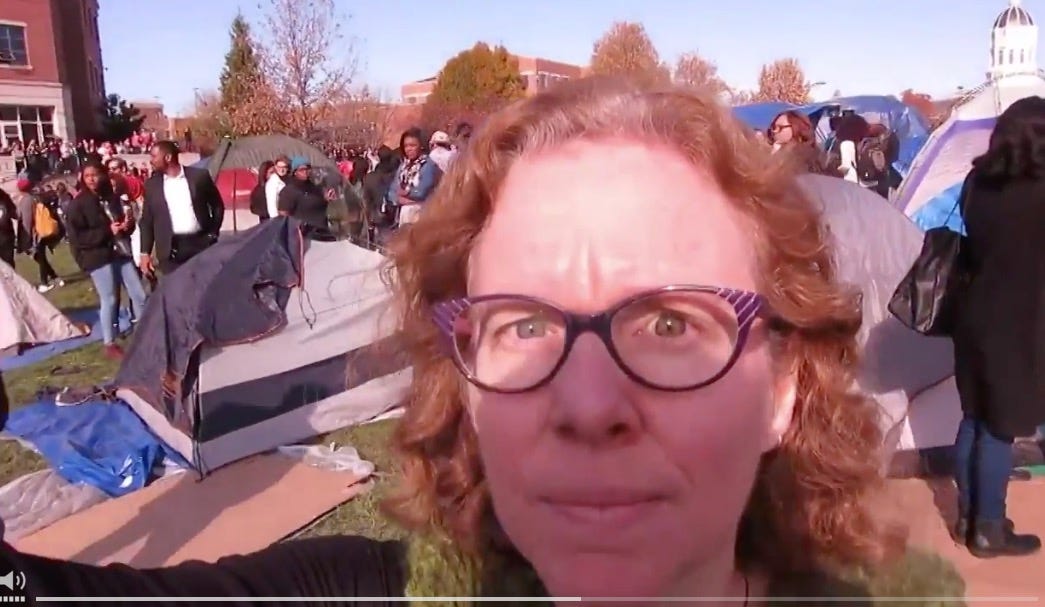 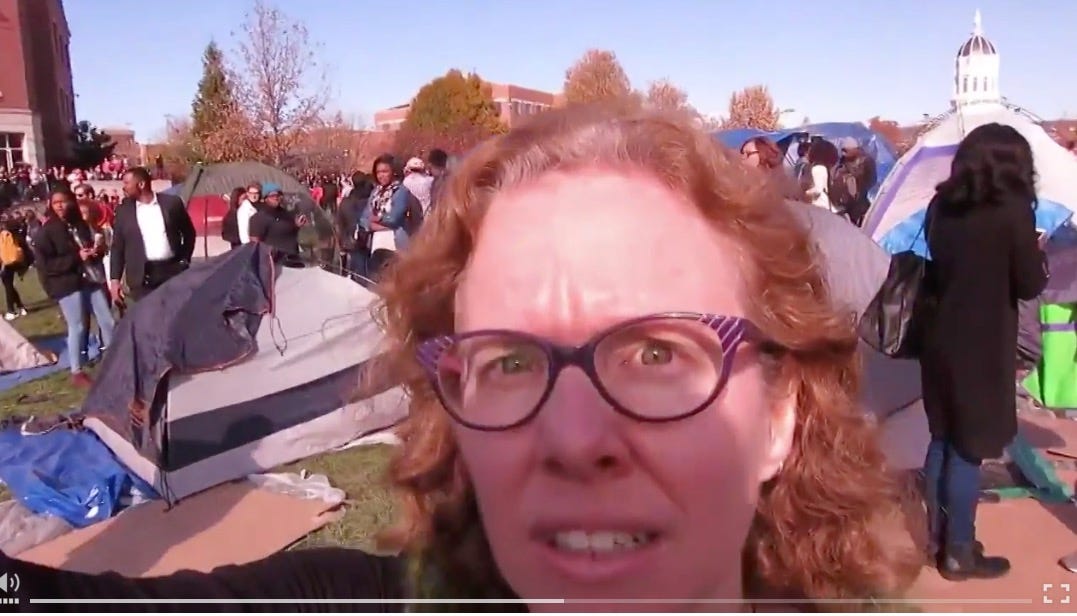 Meet Melissa Click, a professor of Mass Media. Yes, an employee of the school…who teaches in the Communications department. A department that, according to their website, has “faculty members (whom) are keenly aware of our role in helping students appreciate and effectively negotiate the complex communication processes they encounter.” 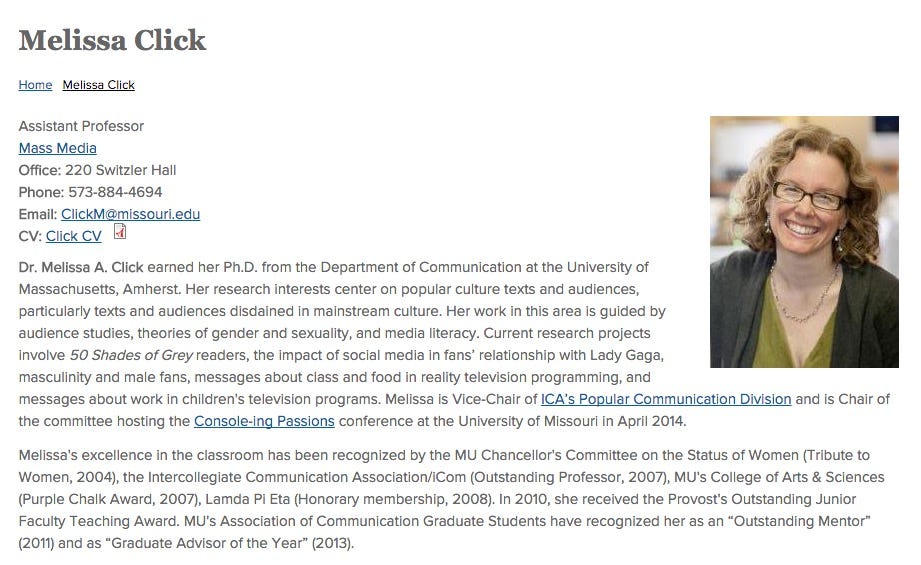 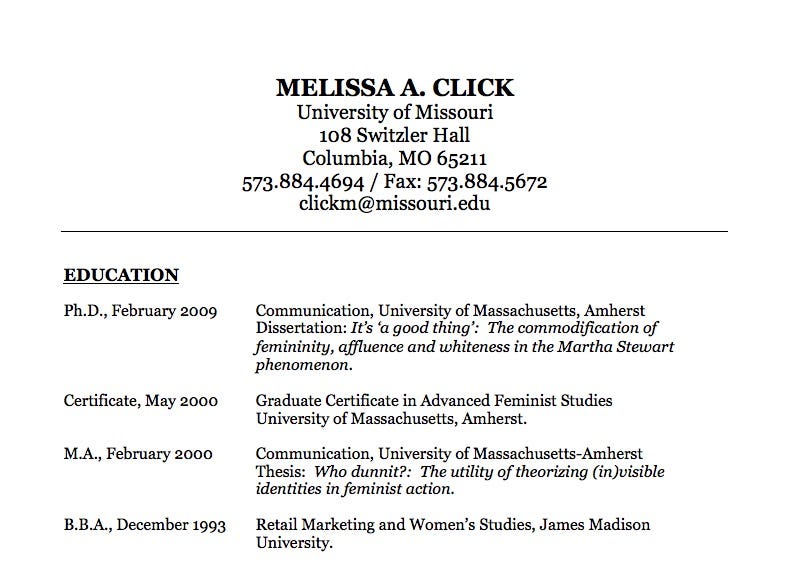 Dr. Melissa A. Click earned her Ph.D. from the Department of Communication at the University of Massachusetts, Amherst. Her research interests center on popular culture texts and audiences, particularly texts and audiences disdained in mainstream culture. Her work in this area is guided by audience studies, theories of gender and sexuality, and media literacy. Current research projects involve 50 Shades of Grey readers, the impact of social media in fans’ relationship with Lady Gaga, masculinity and male fans, messages about class and food in reality television programming, and messages about work in children’s television programs. Melissa is Vice-Chair of ICA’s Popular Communication Division and is Chair of the committee hosting the Console-ing Passions conference at the University of Missouri in April 2014.

That’s who was trying to shut down a student journalist from reporting on the incredibly newsworthy (and incredibly public) demonstration going on. A student reporter who is an award winning photographer on the campus commonly ranked as the top Journalism school in the country

Maybe Miss Click is just anti-media in general? Must follow the Concerned Student 1950 line of thinking that the media only exists to provide “twisted insincere narratives” that serve an agenda.

Only that would be ironic, considering a couple days earlier she was literally pitching the story to the media, asking if anyone wanted the scoop in order to report on it and spread it around. 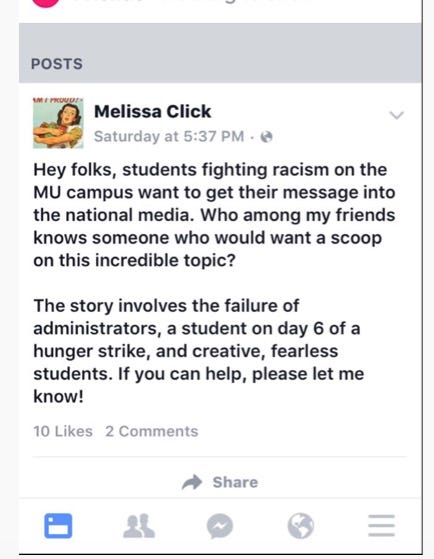 I guess when someone wants to present a different side of something, without bias and from their own camera lens, it is no longer allowed in the Safe Space. The right to do that doesn’t coincide with the rights the protestors believe in.

Also, if you pop into the Communications Department and grab a Webster’s Dictionary, I think this is the entry under “irony” – 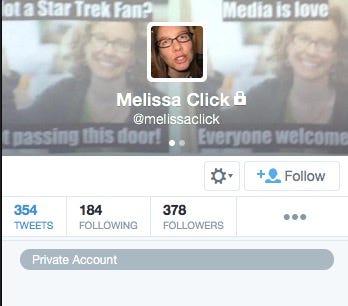 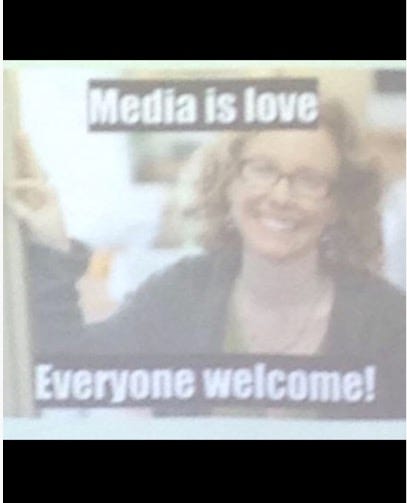 Media is love. Everyone welcome. Unless there’s a chance the story you’re reporting on offends me and is a trigger warning for microaggressions. Then I call my friends over to beat you up. 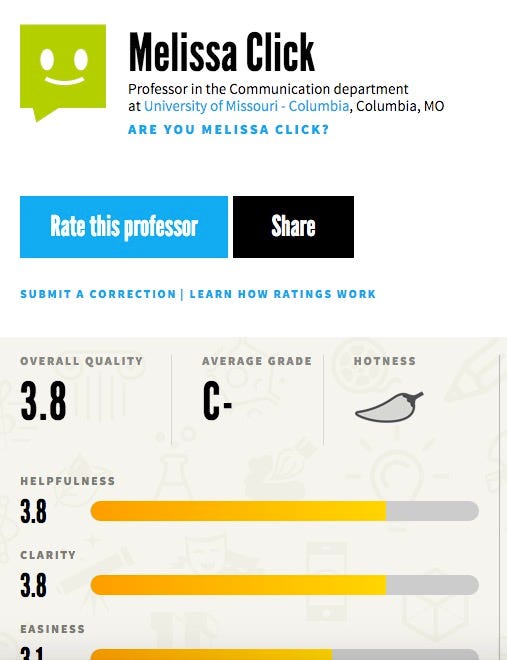