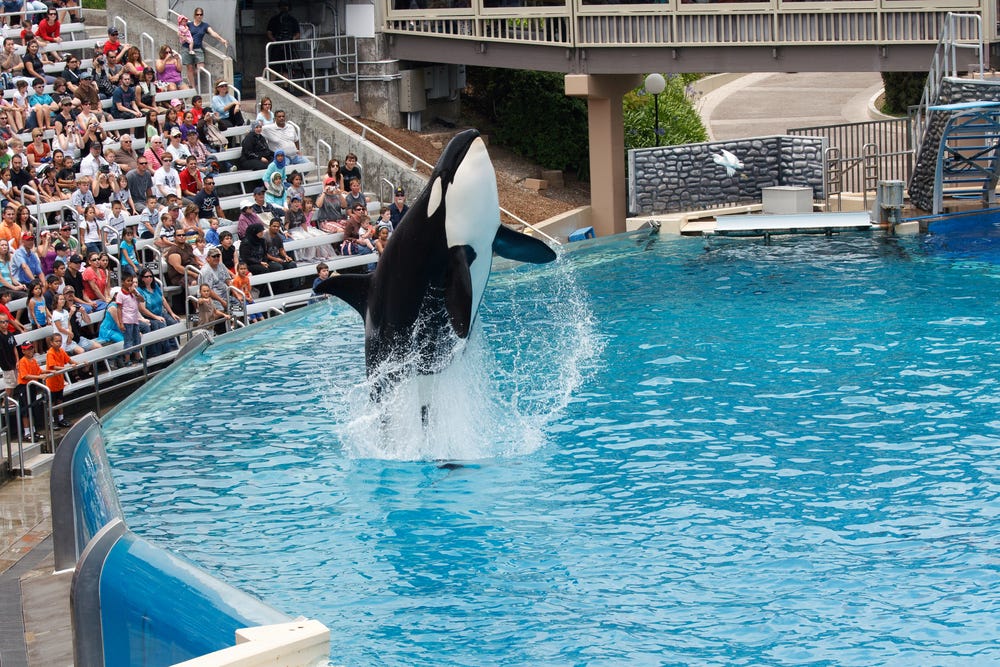 Unfortunately, despite early optimism, it looks like the decision is less about animal welfare, and more of an attempt to repackage the experience to make captivity more palatable to potential guests.

CEO Joel Manby announced during an investor presentation that the current “theatrical” show will be replaced with an attraction that features a “conservation message inspiring people to act” sometime in 2017.

“It will be focused on … the natural behavior of the whales,” Manby said.

There’s more worth reading on the interesting (read: Possibly very evil) way Sea World reached its decision on The Dodo. Unfortunately, it’s not as good news as it seems. The gist is that Sea World is getting rid of the current orca show in the hopes of expanding a new project that will feature whales in a more “natural” habitat that will probably be slightly shitty for them still after a protracted conversation with a local board who initially denied their expansion plans. You hope for the best and that this is a step in the right direction for these poor giant animals but there’s a very decent chance this will end up just as bad for the unlucky whales who end up in there.

The one thing leaping out to me in the article though isn’t that Sea World thinks they’ve done something wrong. It’s moreso that they think they’re somehow performing a public service in the process. It’s easy to be like “Yeah man, I saw Blackfish. Sucks being a whale, let’s not have them treat whales like that.” But even if they give the whales a five-star whale resort by our human standards, it’s still suck for whales. They’re not meant for that life, just like the bear doing tricks at a circus or the elephant at some Hindu couple’s wedding. Some animals can be domesticated and be happy. Others, particularly giant ones meant to roam expansive areas of land, cannot. There’s no way to reconcile that no matter how many angry people tweeting about a documentary are temporarily silenced.

But also the whole angle of Sea World acting like they’re helping society out by existing is bullshit. Yes it’d be nice if kids could learn about whales in a way that really immersed them in it and were easily accessible. Unfortunately, that’s not the case without ruining another thing way more important to the globe’s existence. If your kid wants to learn about whales so bad, take them out to some whale watching area with a reputable guide, spend the money and effort instead of going to the dolled up whale jail where idiots with mediocre training poke whales with sticks. If not, sorry you’re too poor for your kid to see a whale in person. It sucks but that’s life. Not everyone can have everything and frankly we should care a lot more about a whale being captured and depressed than some Midwestern family getting to see a rare animal up close while shoving corn dogs in their fat $40 Shamu hat-clad faces.

This map that went viral before showing how much space whales have (blue area) relative to the parking lots (yellow area) at Sea World San Diego sums up the kind of thinking in place here. There’s no way people who think this is cool for a whale will ever see the light: 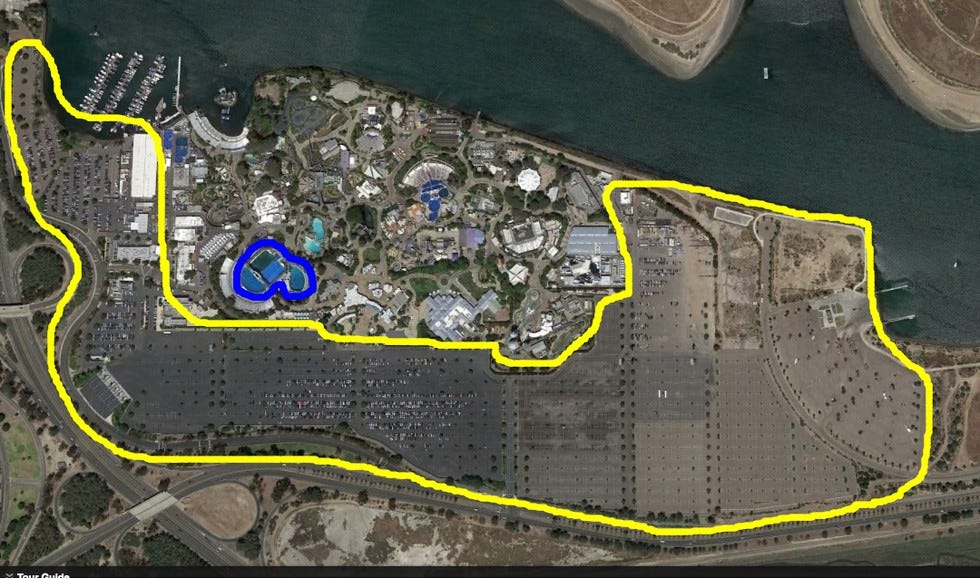 Putting the parking lot into an orca shape seems like an extra kick in the dick if I were Willy the Whale and capable of seeing viral images and deciphering them. I’d Tilikum every motherfucking human within a 10 mile radius if I were a whale and saw that shit, I’ll tell you that much.