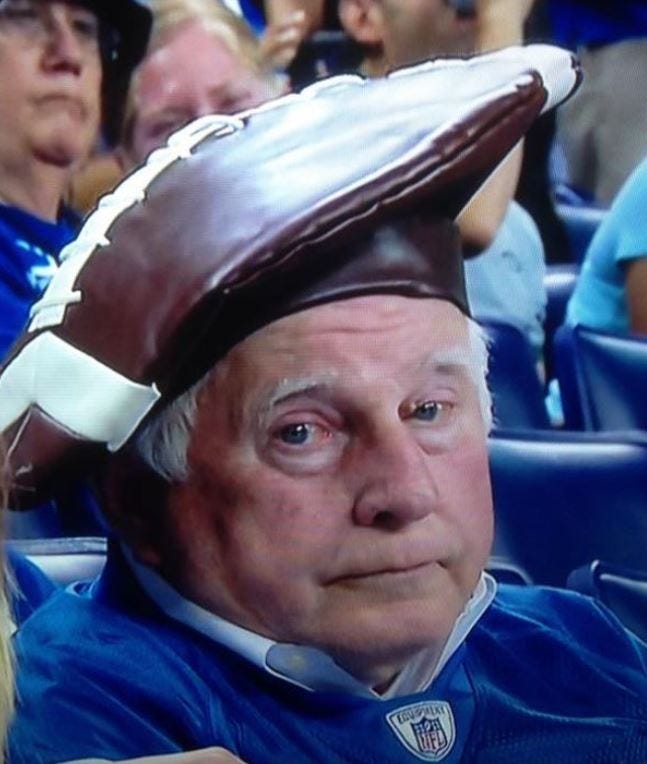 So I work in the media in Ind. and we just received this email:

NFL Game October 18th: Indianapolis Colts Fans Will Rent An ‘Eco-Blimp’
to Fly Over Colts vs. Patriots Game saying #DeflateThisBrady
All Eyes Will Be in the Sky!

On Sunday October 18th, the day of the Indianapolis Colts vs. New England Patriots Game, advertising company AirSign will be flying high over Lucas Oil Stadium. Indianapolis Colts Fans came to the advertising company to taunt the legendary quarterback, Tom Brady, after being accused of deflating footballs before the games in the very high profile Deflategate Controversy. The fans will rent the Thermal Airship, an environmentally-friendly and more versatile alternative to Helium blimps, to fly over the game saying #DeflateThisBrady (https://www.youtube.com/watch?v=c_cVcxhzAv0&feature=youtu.be). AirSign invites you to join in on the fun to help fans raise money on their Go Fund Me page and send Tom Brady a message he will never forget!!

Eddie Thompson, Aerial Brand Ambassador, is available for interviews leading up to the event.
Let me know if you’re interested!

Just when you think the Colts can’t sink any lower they do the impossible and pull a stunt like this. Listen flying signs over stadiums is played out.  Little Bobby Kravitz is probably the only person on the planet who still thinks this is cool.  Maybe it works if there is an element of surprise. Like if we flew a plane around NFL HQ’s for 24 hours straight that said Roger Goodell is Liar that wouldn’t be horrible.  But the signs over stadiums thing is so predictable and boring.  And that’s before you announce you are doing it TEN fucking days before the game! I mean this is beyond pathetic even for Indianapolis. “Like wait for it….wait for it….wait for it……THERE IT IS! THERE IS THE SIGN! OH MY GOD WE DID IT! Now somebody let us out of this locker and give us back our lunch money! Wait that score can’t be right?  I think the Patriots broke our scoreboard?