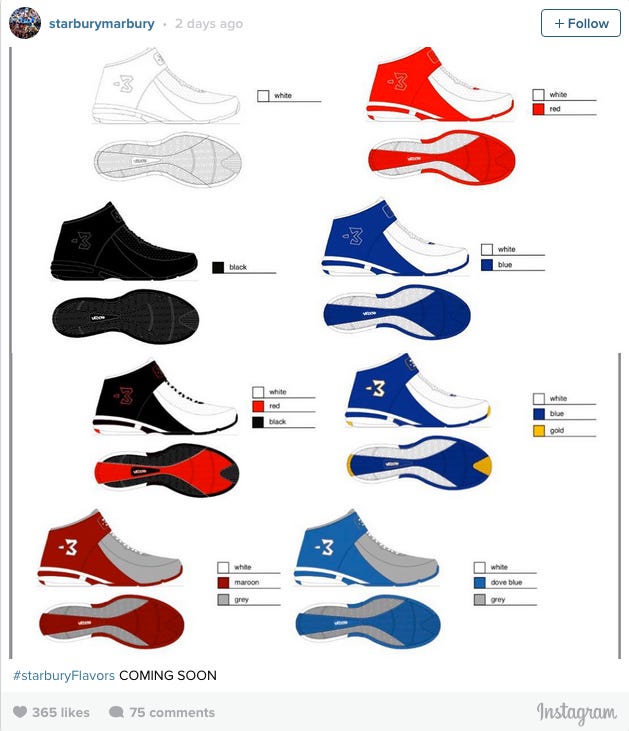 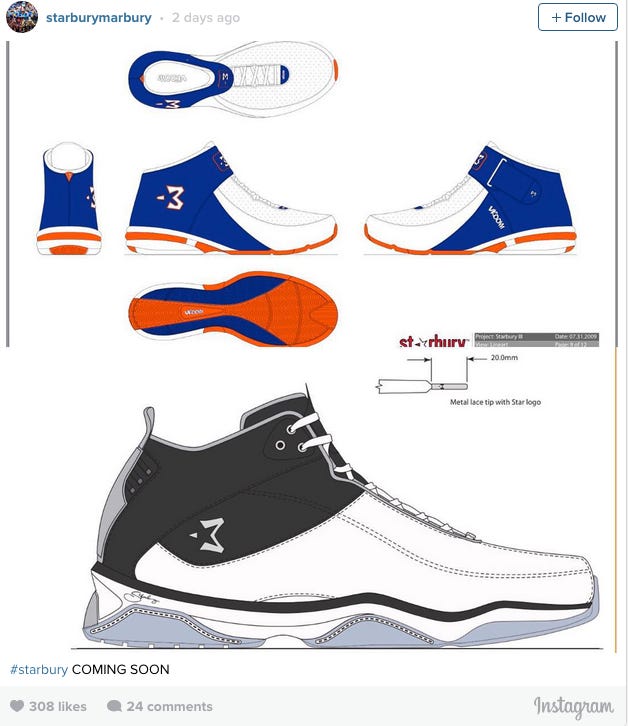 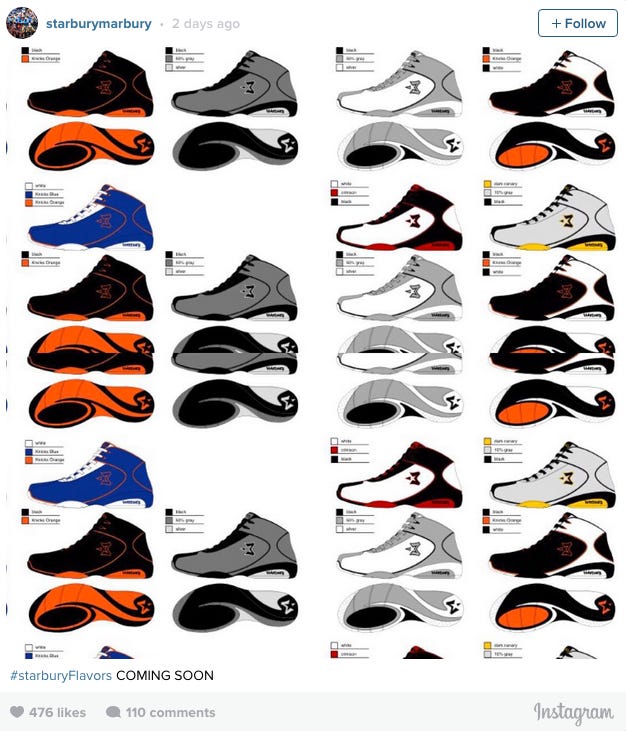 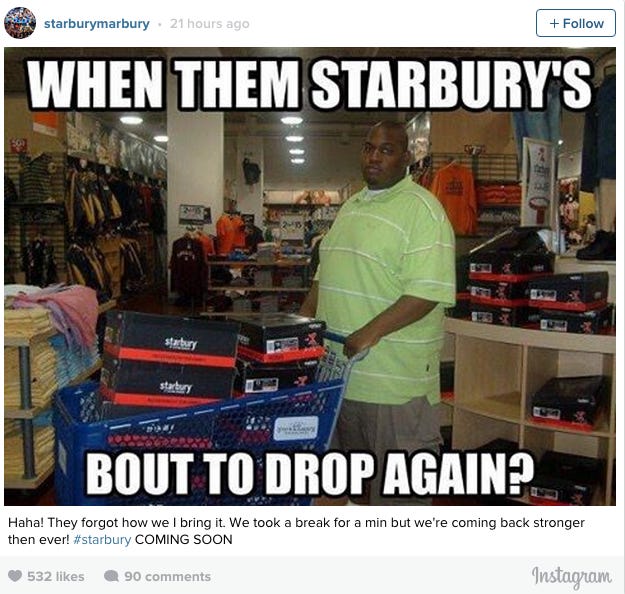 SI - Yes, you read that headline correctly. In midst of a career renaissance in China, Stephon Marbury is bringing back his signature sneaker, and that is exciting. Marbury has been rolling out teasers of designs and some promotional appearances he’s done on Instagram, and safe to say, the Starbury is indeed back. Marbury tried rebooting the line in 2013 but was unsuccessful.? But after taking home three CBA titles in the past four seasons, winning Finals MVP in 2015, the Beijing Ducks star may just have his weight up enough to pull this off. We hope. The whole idea behind these sneakers was to make a quality product but sell them at an extremely affordable price – originally clocking in at $14.98. It’s kind of like what Kanye West tried to do with his Adidas line in terms of the whole mass accessibility thing, except Stephon Marbury actually pulled that off. So though it’s unclear when or where you can get all this new heat, it appears there will be plenty of colorways to go around, or as Marbury captions them, #StarburyFlavors.

First off, as a member of the Barstool Sports team, I simply love Marbury’s hustle here. When it comes to selling clothes an apparel, its all about striking while the iron is hot. You roll out Mets and Cubs shirts and hats in 2013, 2014, you’re not making dick. You roll em out in 2015 and you’re rolling in the dough. Just like Stephon Marbury with the re-release of his Starbury’s. You drop a shoe line when you’re making youtube videos of yourself crying and eating vaseline, nobody is buying shit. You drop them after winning 3 titles in 4 years and being the Chinese Finals MVP, well now you’re cooking with gas. You know how many Chinese people are gonna buy Starbury’s for 195.26 Yuan? Probably all 1.2 billion of them. Every man woman and child gonna rock those things.

And thats the second piece of this puzzle that I love. Starbury’s in China are a whole different ball game. You don’t need to charged $250 for a pair of shoes when your market is now one billion Asians. The reboot may still work in America, but its gonna THRIVE in China. Just like Steph himself. Very symbolic if you ask me.