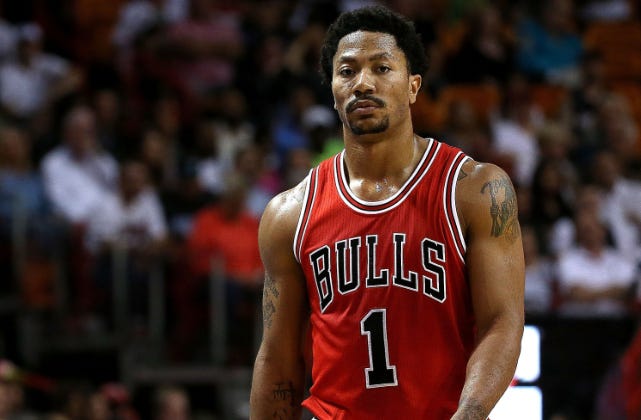 (Source) NBA superstar Derrick Rose says he and his friends are NO RAPISTS — claiming the ex-girlfriend accusing them of drugging and gang raping her is LYING because she gave them consent to have sex on the night in question … this according to court docs obtained by TMZ Sports. We broke the story … Rose’s ex sued the Chicago Bulls player claiming Rose and his friends broke into her L.A. apartment in 2013 and gang raped her while she was incapacitated.

Rose says things were so cool the following day — the accuser casually had a cup of coffee with her roommate in the morning after the sex … and headed into work for a full shift. The implication is that a rape victim would have been way too distraught to have done any of that.  In the docs, Rose says the woman only began to get upset with him a few weeks or months later because she felt she should have been reimbursed for one of the sex toys she bought and used during the night in question.  Rose says the woman got even angrier with him because he started ignoring her texts. The woman is suing for unspecified damages.  This week, Rose said he refuses to let the lawsuit change his lifestyle.

I’m still not sure how serious this case is because TMZ is the only news organization to have run these stories and there hasn’t been much talk about it otherwise. But I will say this, if you’re a millionaire athlete getting into (hopefully) consensual gang bangs you have to pay for the sex toys every single time. It’s like going out to dinner with a super wealthy person. You may go for your wallet when the check comes but everyone knows the rich guy is paying the bill. Same with gang bangs and NBA stars. It’s common courtesy, called being a decent human being. If you’re making millions of dollars and putting together a gang bang with your friends, expect an expense report at the end of the month for all sex toys involved, that’s Gang Bang 101.

Also I’m not a lawyer but saying, she had a cup of coffee the next day feels like a pretty flimsy defense to “no one was raped”. Again, not a laywer.