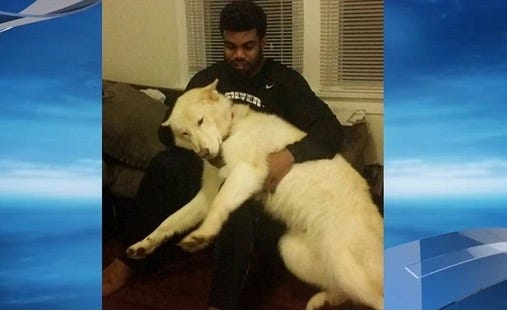 Stacy Elliott says he woke up early Monday to feed their dog Chase when he discovered the young Alaskan Malamute-German Shepard mix was gone.

Then Elliott says his heart sank even further when he discovered someone had cut through the dog’s fenced-in enclosure. He’s filed a police report and now Elliott and his family are holding out hope.

Elliott says he and his son Ezekiel bought the dog in March of 2014 and named him “Chase” after the Buckeyes’ slogan for that season, “The Chase”. The Buckeyes of course went on to win the National Championship.

UPDATE: Chase has been found and is being returned to the family by police, according to his father.

Police apprehended the suspects, but were released after Zeke decided not press charges.

Elliott wasn’t available for comment, since he was in class.

Declined to press charges? I assume that’s to lull them into a false sense of security so you can then grab 4-5 of your offensive lineman and track them down and fucking pummel them? Only explanation. ‘Zeke seems like a great kid on and off the field, but I don’t even think the police would hold it against you to get a little bit of good old fashioned street justice for a couple of scumbags stealing your dog. Seriously who the FUCK steals a dog? Not one lost and wandering around either. Not one that could possibly be a stray. One that is in a family’s backyard and you cut through the fence to literally steal them. Fuck you, die.

Just glad Chase is back home. 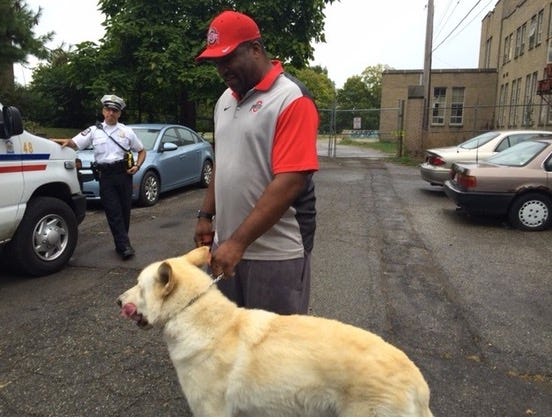 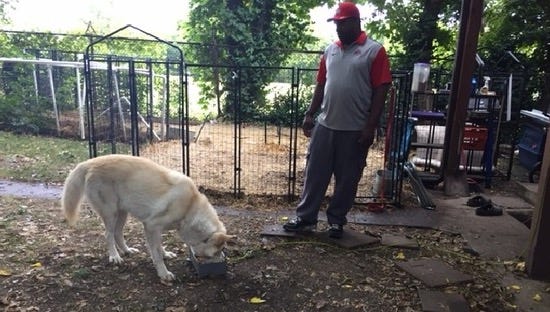 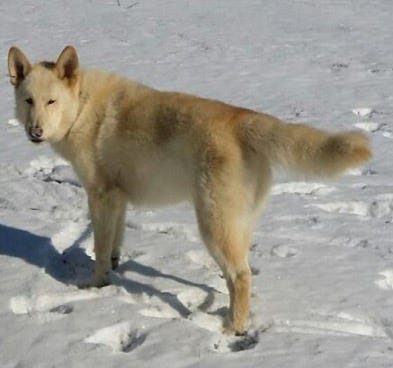