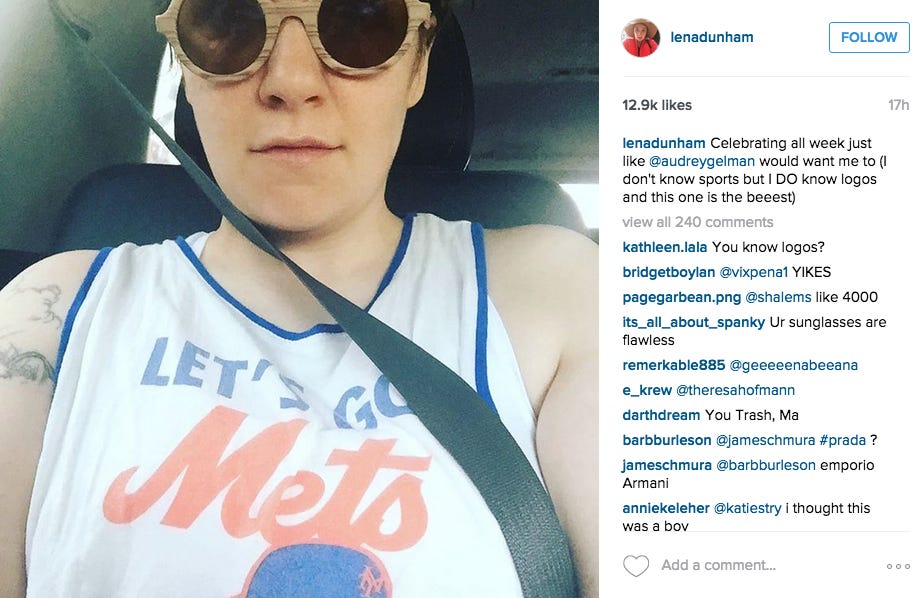 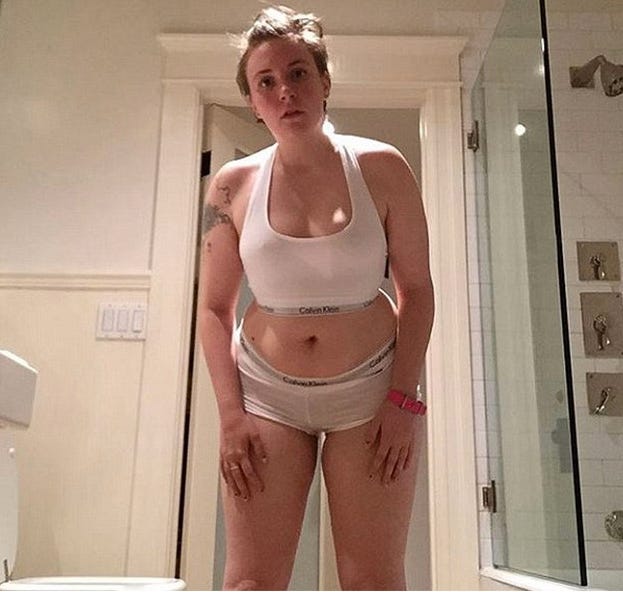 Well thats it. Season’s over. Its been a roller coaster ride but the car just derailed and we all plummeted off the tracks and perished in a fiery blaze. Every man, woman, and child aboard the Mets Bandwagon were just burned alive. Lena Dunham, The Bag of Milk, is rooting for the Metropolitans. Lena Dunham, the Mouthy Potato, will be chanting “Lets Go Mets.” Vomit EVERYWHERE.

I’m not one of these guys that hates newcomers. When there are bandwagon fans coming out of the woodwork thats a GOOD thing. Sure, with the Mets its particularly annoying that Lena Dunham and the Johnny Come Lately’s of the world didnt suffer that putrid baseball in the first half. I’d like to have a cut off date of Familia’s blown save against San Diego after the rain delay. Like you should have at least had to suffer through that if you want me to take you seriously as a fan of the 2015 Mets. But I’m pretty lenient as you can see. I dont mind the fact that the Mets are the new hot ticket in town. I kinda like it. Its fun for once to not be outnumbered by scumbag Yankees fans, even if those new reinforcements are phony.

But I do have some standards. I do have one, very simple test that you have to pass if you want to jump aboard: 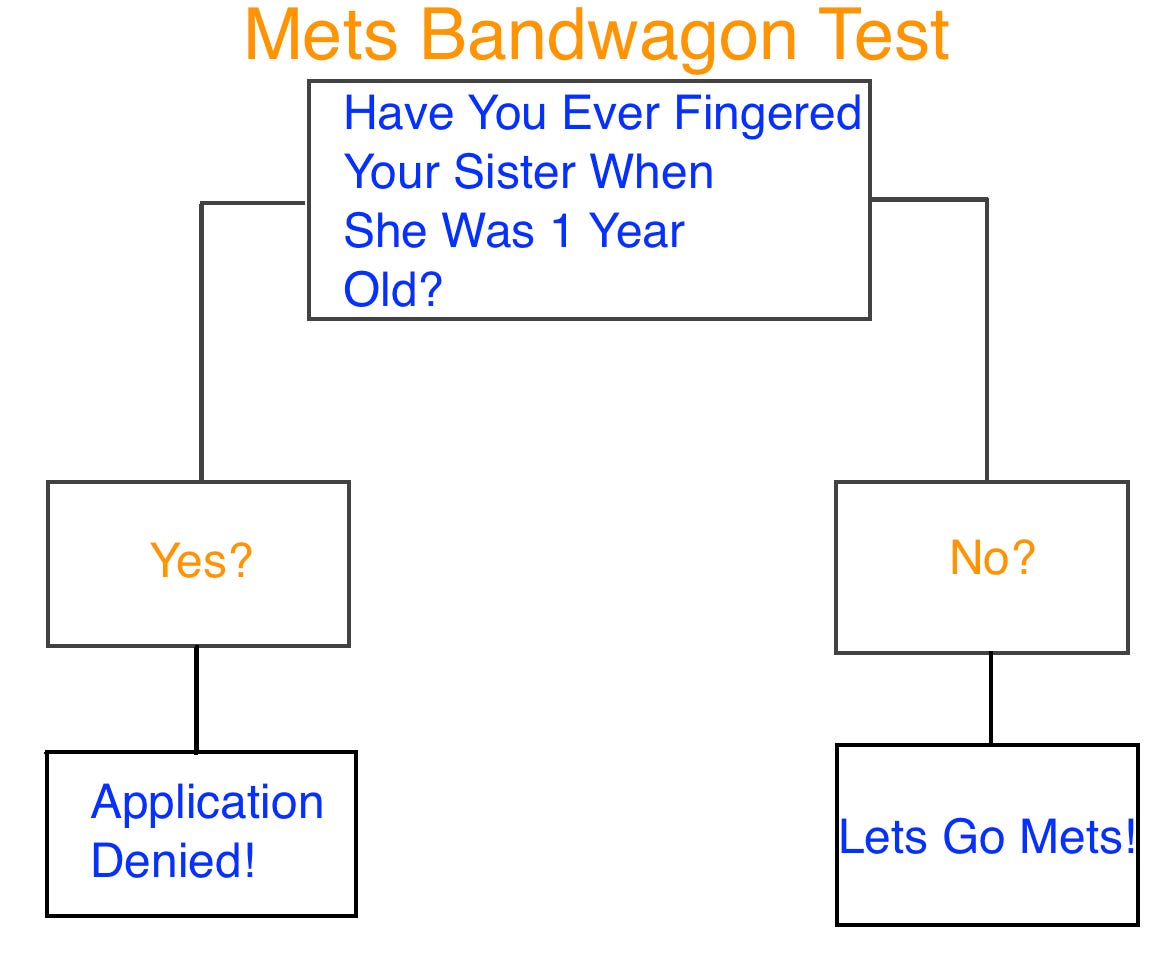 Is that too much to ask?? You dont have to rattle off the Opening Day starting lineup. You dont have to know that Juan Uribe’s middle name is Cespedes. You dont need to know that Wilmer Flores has 2 brothers also named Wilmer. You dont need to know who caught the final out in the 69 World Series for me to get down with the 2015 Mets. You just need to have not sexually assaulted your sister when she was 1. Really I would prefer if you havent fingered your sister at any age but particularly when you were 7 and she was 1. And I would politely ask that you also suffered the Familia blown save at the end of July. Thats not a deal breaker. That would just be like an extra bonus. Like “Oh ok this person hasnt fingerbanged their sister AND also suffered a little bit with this team.” But really its just the fingering thing.

So, time to take the test everyone! Check the flowchart and get back to me. I’ll either see you on the bus or you should probably turn yourself into the police along with Lena Dunham.

PS – Can we at least put Lena Dunham on the Matt Harvey Plan? She can cheer for 1 game per series, 100 pitches. Then she shuts the fuck up. 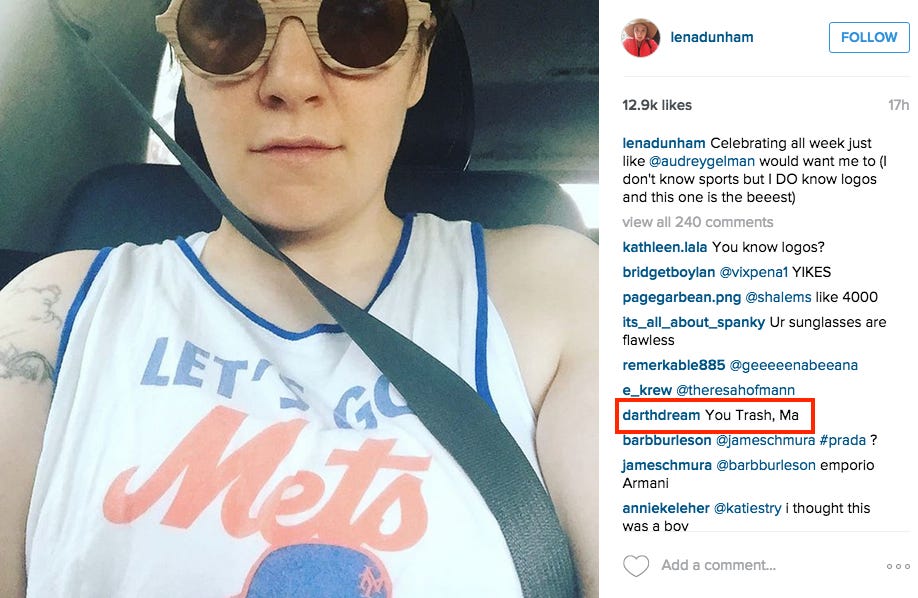