I usually have a pretty high tolerance for cringey real life videos and I also try to keep an open mind when watching some video where they’re trying to have a “message.” I’m as far from vegan as can be and generally find people who need to loudly proclaim that they are pretty annoying but I like animals so I can theoretically watch something like this with an open mind that maybe it’ll change my whole world view if the argument is strong enough. But within the first ten seconds of looking at this face: 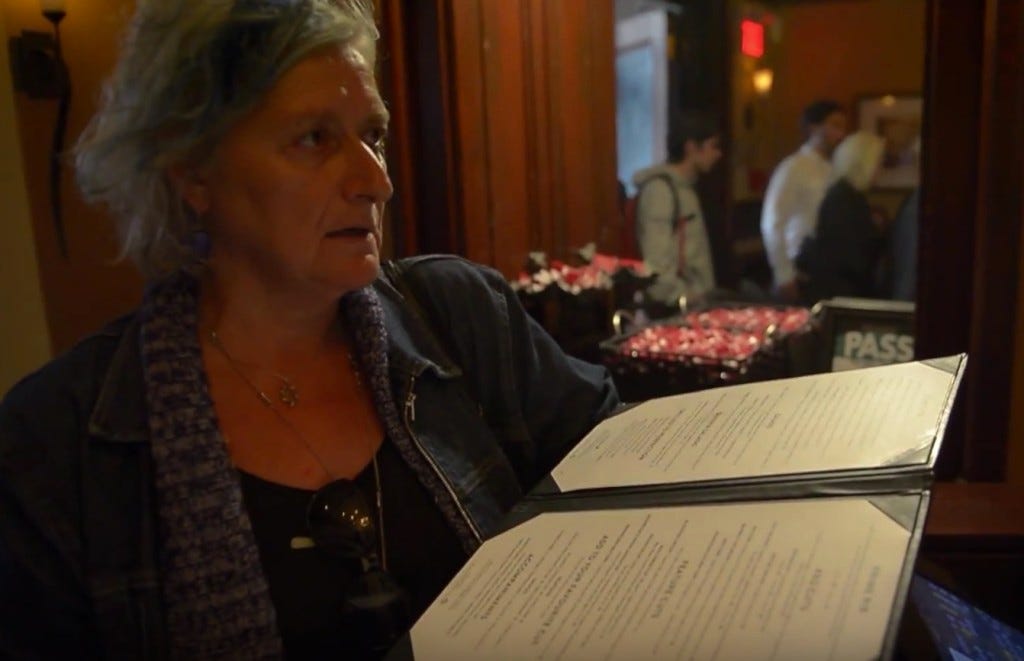 Asking about “dog meat” on a menu as though that’s a normal interaction that a person who eats meat would have at a nice steakhouse and I just knew I was in for minutes and minutes of watching people that I would quickly hate. I don’t get how this group puts this video out and goes “Yup, nailed it, this is how we’ll get people to see the validity in what we’re saying.” I also just don’t get this group. There seems to be the expected mix of old loud hippies like the girl above but then so many assorted weirdos. You’ve got It’s Pat with a little girl schoolbag: 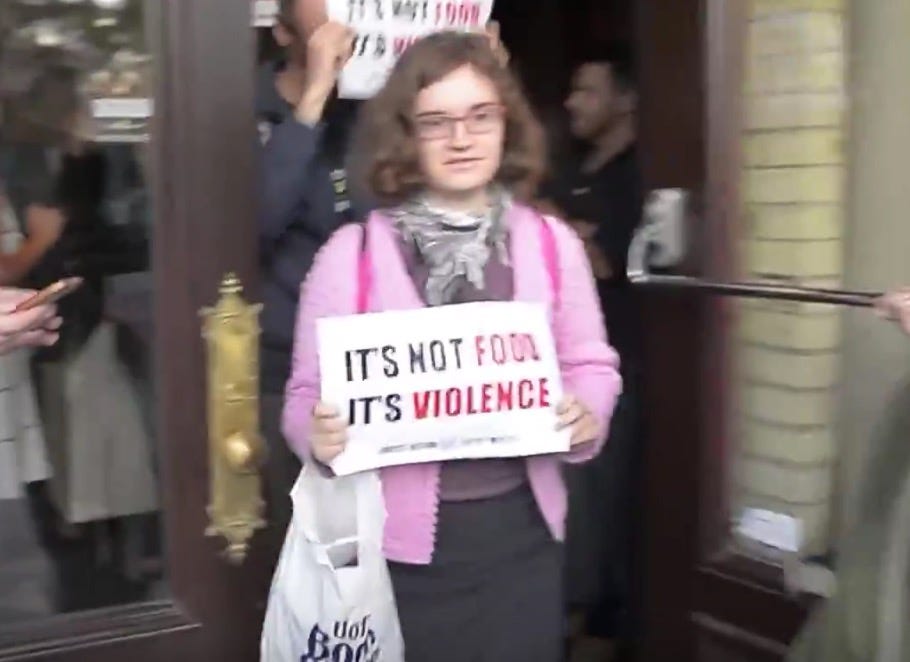 Uncle Charlie who always seems to pull the little nieces and nephews in to bounce on his lap: 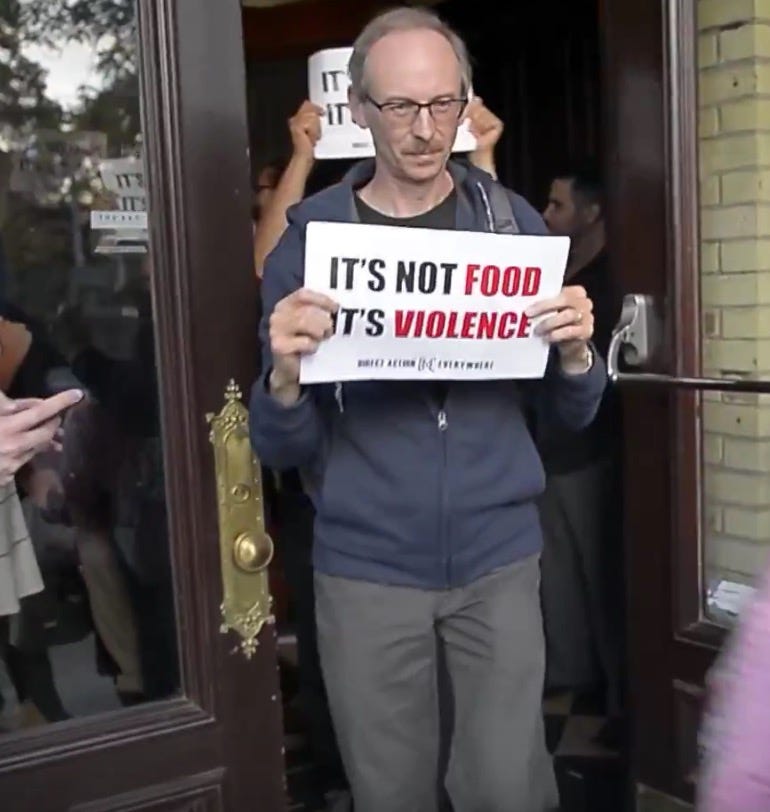 Indian Thurston Howell III from Gilligan’s Island who I think is there to support his protester wife but he seems more interested in taking selfies throughout: 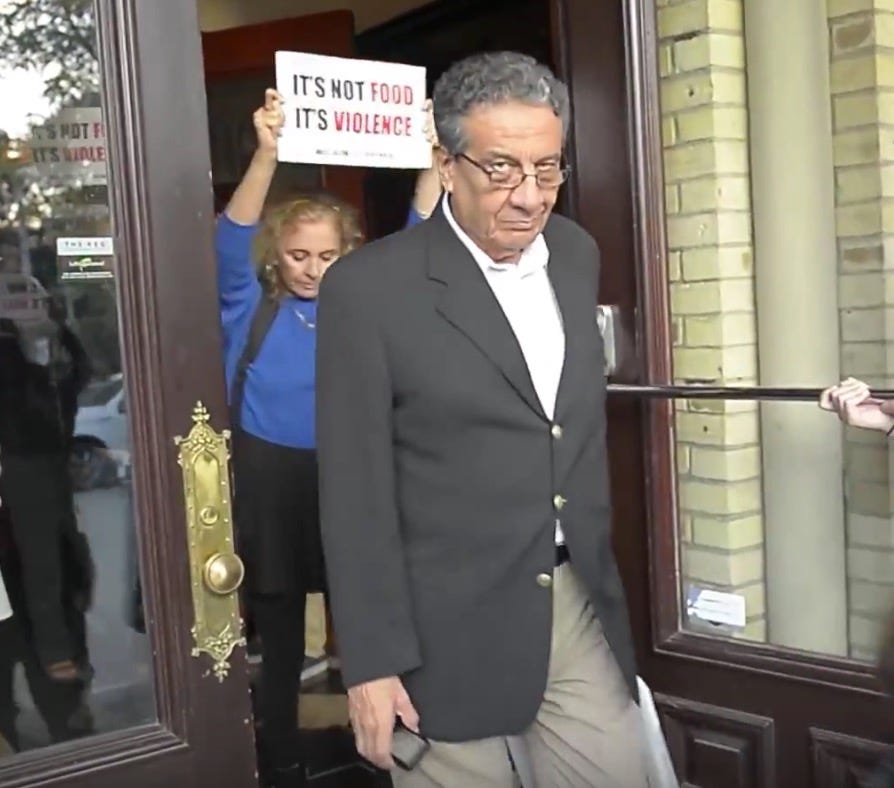 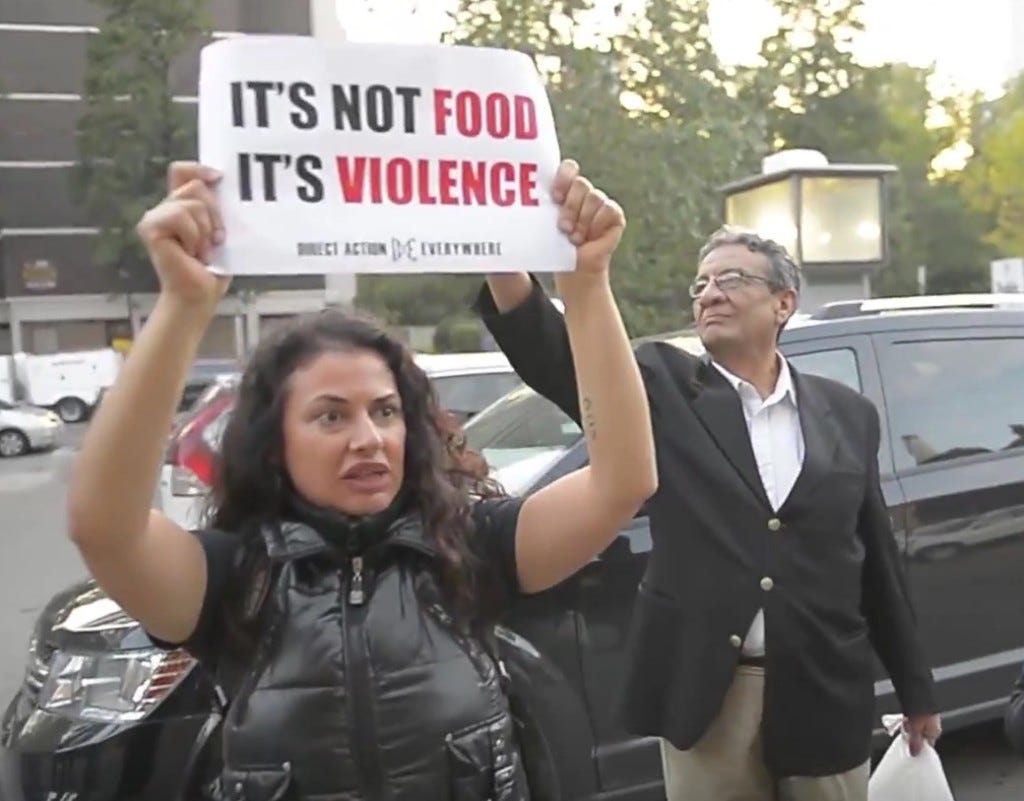 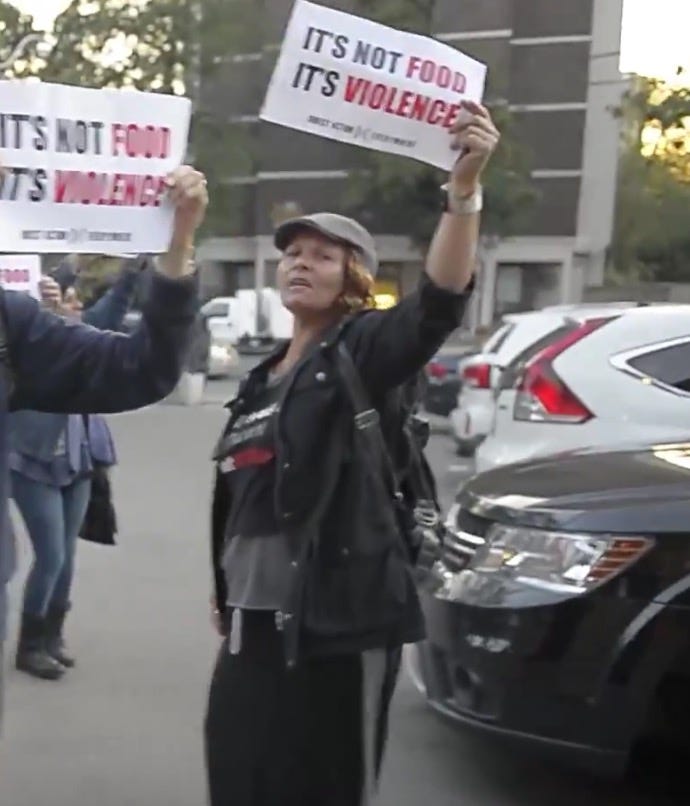 Not exactly the vegan Welcome Wagon that’d persuade a bunch of people going to a seemingly nice and classy steak place to change sides halfway through a 36 ounce porterhouse. If anything, I’d say this crew is so loathsome that the people there are more likely to eat a side of beef extra rare to spite them. Hell I only watched a video of these vegans and had to physically restrain myself from rubbing a rib-eye in my freezer all over my nude body in rebellion. Overall just a dumb message and a terrible way to convey it.