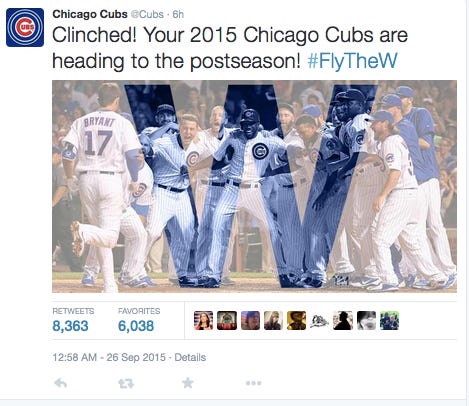 The Chicago Cubs are back in the playoffs. Read that sentence again, let it sink in because it’s a good one. The Chicago Cubs are back in the playoffs. For the first time since 2008 we’re back in the dance. What an incredible year this had been. If you remember at the beginning of the season most of us said we would be happy with .500. This was supposed to be the last true rebuilding year when the young guys get acclimated to the big leagues while the established veterans took them along to their first season over .500 since 2009. Well all that was wrong, because this team is the real deal. The acceleration from young up and comers to a team that can win the World Series happened seemingly over night. Third best record in all of baseball, yes it sucks that it also is the third best record in the NL Central but it wouldn’t be the Cubs without a little bit of dumb bad luck, right? And none of that matters really, the Cubs have a ticket. Now We Go.

Kind of want Joe to put Kerry Wood on the playoff roster, only half kidding about that. 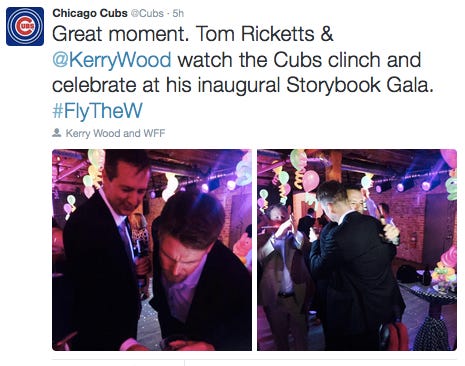