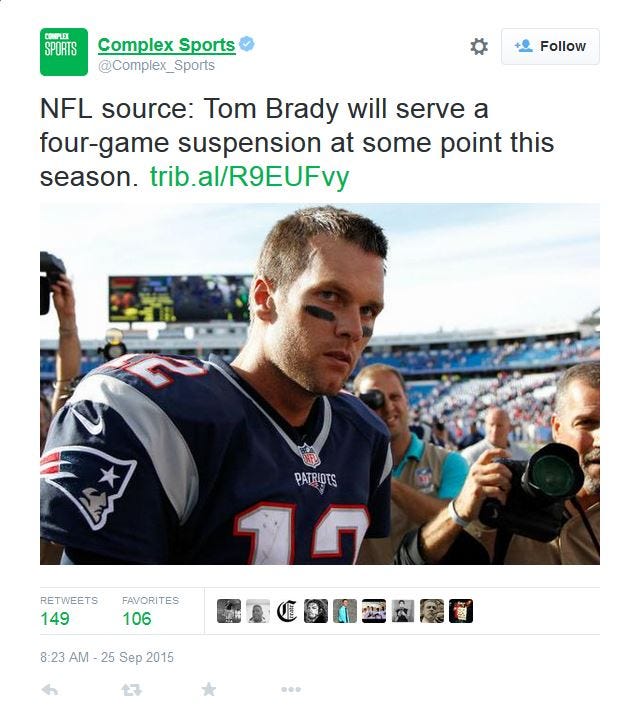 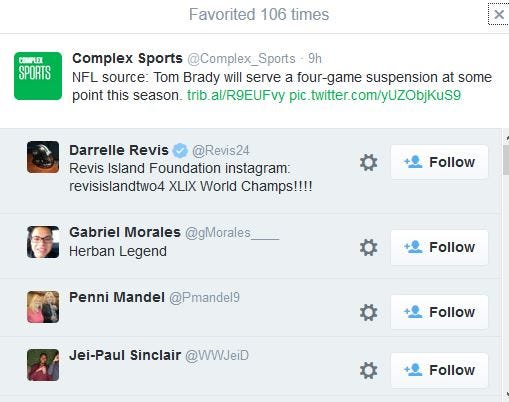 First things first.   Just like I said this morning the NFL has confirmed there is no chance the Tom Brady appeal will be heard this year.  There is ZERO chance he misses any games this season.  The NFL requested an expedited hearing so they could get their ass kicked again in court before next year begins.  In other words either Craig Carton is full of shit or his source was full of shit.

But that’s neither here nor there.  What gives with Darrelle Revis?  He’s like some psycho ex girlfriend who can’t move on. Like I honestly wouldn’t give 2 shits about him if he’d just keep his damn mouth shut. Bro just be happy Tom Brady gave you a ring so your entire career wasn’t spent with losers you loser. I mean can somebody do me a favor and please whisper in Darelle Revis’s ear that he is an absolute nobody without Belichick and Brady. He needed us to resuscitate his career. He needed us to make the playoffs. He needed us to get a ring. He needed us to be newsworthy. Without us Darrelle Revis is a NOBODY. Just another decent player that will be forgotten in the annals of time. A lifelong Jet and Buccaneer who won 1 playoff game in his life. A guy who missed the playoffs 99% of the time. If anything he should thank Belichick and Brady every single day, but instead he keeps trashing the Pats. FUCK THIS GUY. Now I fucking hate him. I want him dead and I want him to choke on the ring we won his sorry ass.