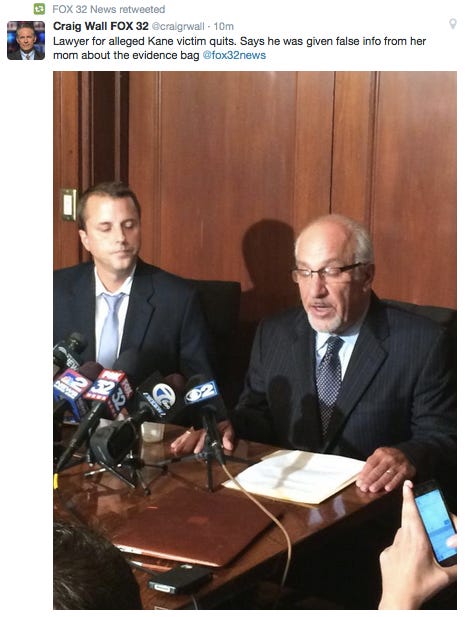 Well, here’s yet another twist in what has already become a very messy case. From my limited legal knowledge (I have none) this seems on the surface like a win for the case of Kane’s innocence. I’m sure the case isn’t over just yet but when the lawyer isn’t comfortable with the information involving alleged tampering you have to think something is not right. He specifically said he wasn’t comfortable with the story the mother told him about how she came into possession of the rape kit.  I just don’t understand how he did his press conference yesterday without being totally sure about the evidence bag but I guess that just speaks to the how messy this has become. Which to be perfectly honest is the most disappointing part. I think most of us just wanted genuine clarity, guilty or innocent, and now it looks like we won’t be getting that because some seemingly fucked up shit has gone on to impede the justice system one way or the other. If Patrick Kane is innocent there will be people who will forever doubt him, just like if he’s guilty there will be those saying he’s innocent, and that all really sucks for not only the parties involved, Kane and the accuser, but for any rape cases in the future and how people view them.