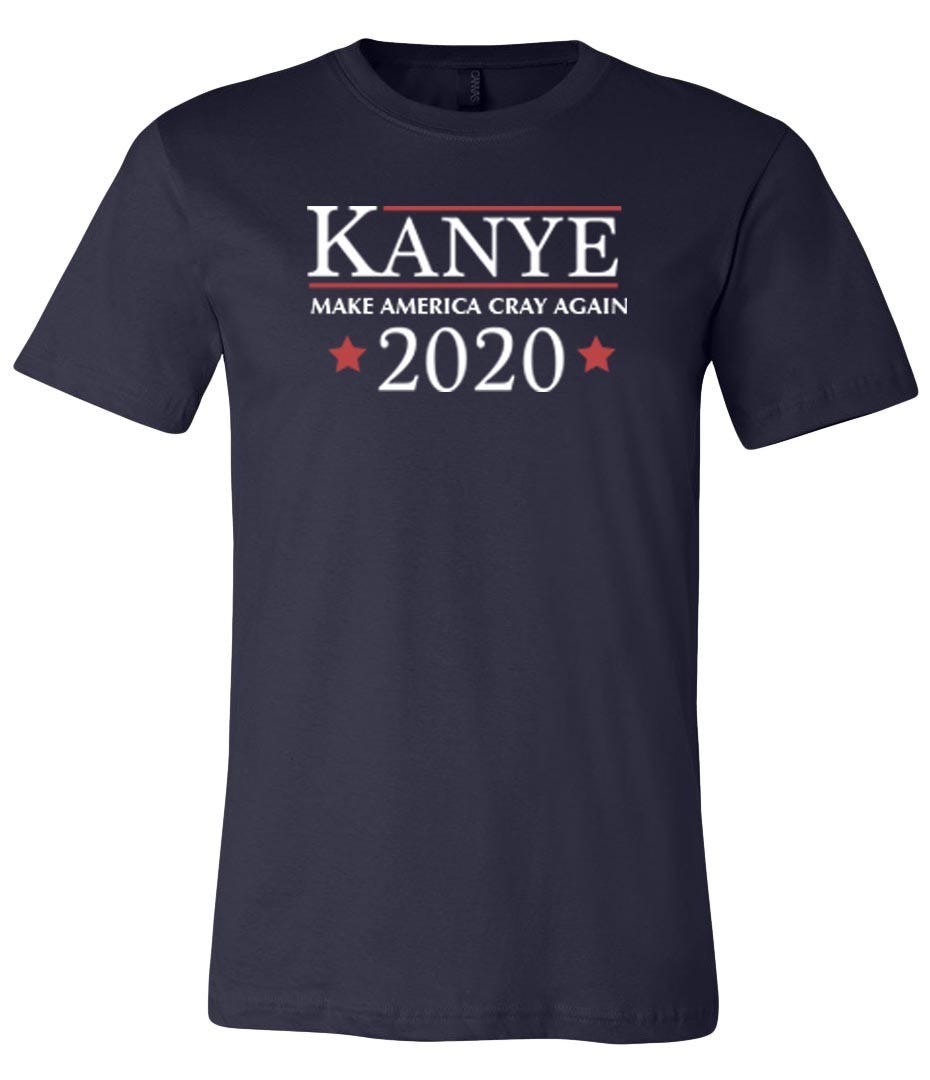 The Week – It’s not an “if” but a “when” for Kanye West’s presidential bid, according to an interview the 38-year-old rapper/fashion designer did with Vanity Fair. After first announcing he’d be running for president in 2020 during a long and winding speech at the MTV Video Music Awards, West maintains that he is “definitely” thinking about it as a serious possibility, dispelling any suspicion that his claim was a joke or some kind of performance art piece.

WEST: I want everyone to win. When I run for president, I’d prefer not to run against someone. I would be like, “I want to work with you.” As soon as I heard [Ben] Carson speak, I tried for three weeks to get on the phone with him. I was like this is the most brilliant guy. And I think all the people running right now have something that each of the others needs. But the idea of this separation and this gladiator battle takes away from the main focus that the world needs help and the world needs all the people in a position of power or influence to come together.

VANITY FAIR: Sounds like a presidential stump speech to me. Are you still thinking of running in 2020?

West continued, “I sit in clubs and I’m like, Wow, I’ve got five years before I go and run for office and I’ve got a lot of research to do. I’ve got a lot of growing up to do. My dad has two masters degrees. My mom has a PhD, she used to work at Operation PUSH. Somehow the more and more creative I get, the closer and closer I get to who I was as a child.”

Well there’s you answer. I feel like half of America was like “Ha ha ha, Kanye West is “running” for President” – the white people – and the other half of America was like “Kanye’s running for preisdent!” – the black people. Looks like the black folks and the dumb college kids walking around campus in our Kanye 2020 shirts were right. Kanye has officially doubled down on his presidential candidacy in the next election. Except there’s two major issues for him:

1) He doesnt want to run against anyone. He wants to run with everyone. Some fucking hippie dippy loser nonsense bullshit about how “everyone should win.” I mean if you were worried about Participation Trophies in football then brace yourself for them in the White House. Because Kanye doesnt want to run against anyone, he just sort of wants to be named President along with anyone else that can help. And if thats the case I’m running for President too. Me, Kanye, the Black Doctor Dude. We’re just gonna be like a Wolfpack of Presidents. Everyone Presidenting at the same time.

Somehow, someway, this is going to be a worse campaign than when Portnoy ran for mayor. Kanye do yourself a favor and get a campaign manager with a bad haircut, allow him to hire another idiot, name a bunch of albums after them, and pray for the best. You might not win the Presidency but things should work out for you.