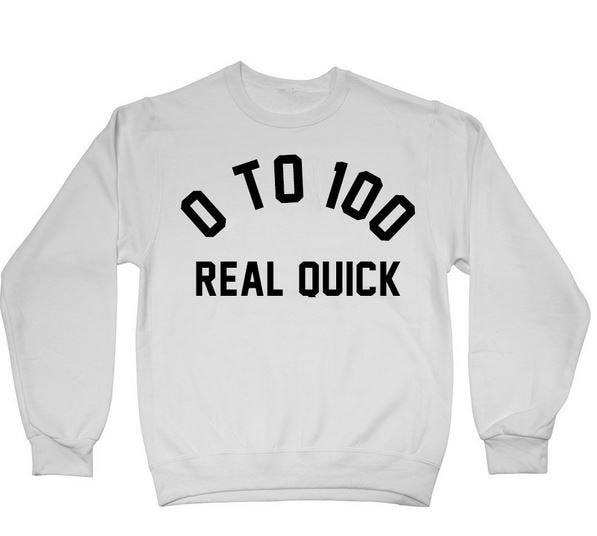 So I am a single girl, living in the city, trying to avoid creepers and douchesticks as much as the next person when a friend of mine texts me that she knows someone that she thinks would be perfect for me. He messages me on facebook. He seems ok from the limited messages we’ve exchanged so I gave him my number.

These are literally the first and last texts we exchanged. The times of screen shots are all different.. I have sent so many to my friends because it was so unbelievable that they needed proof.

(in his defense he was at MGH and had to have his gallbladder out.. but seriously? SERIOUSLY?!?!) 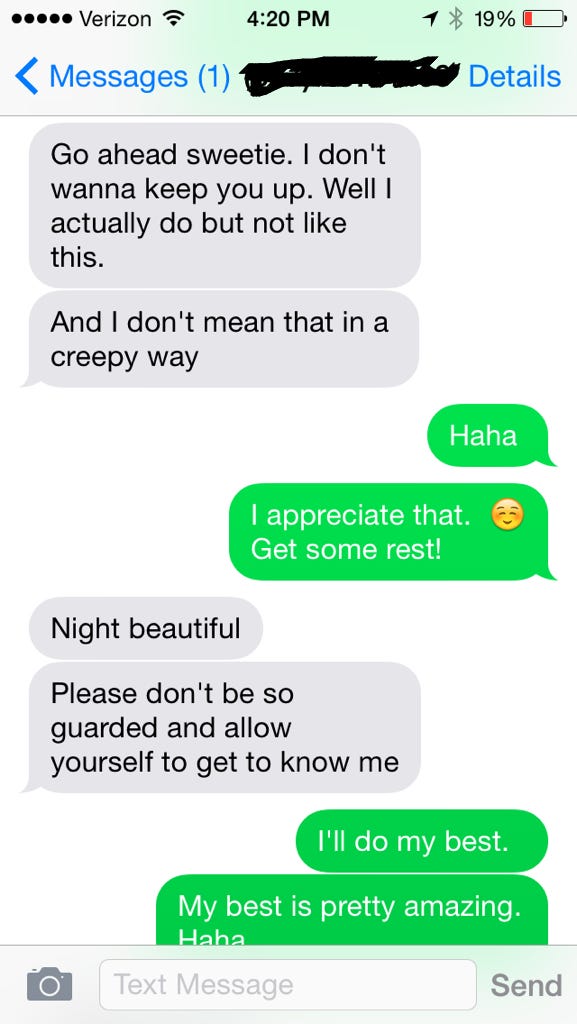 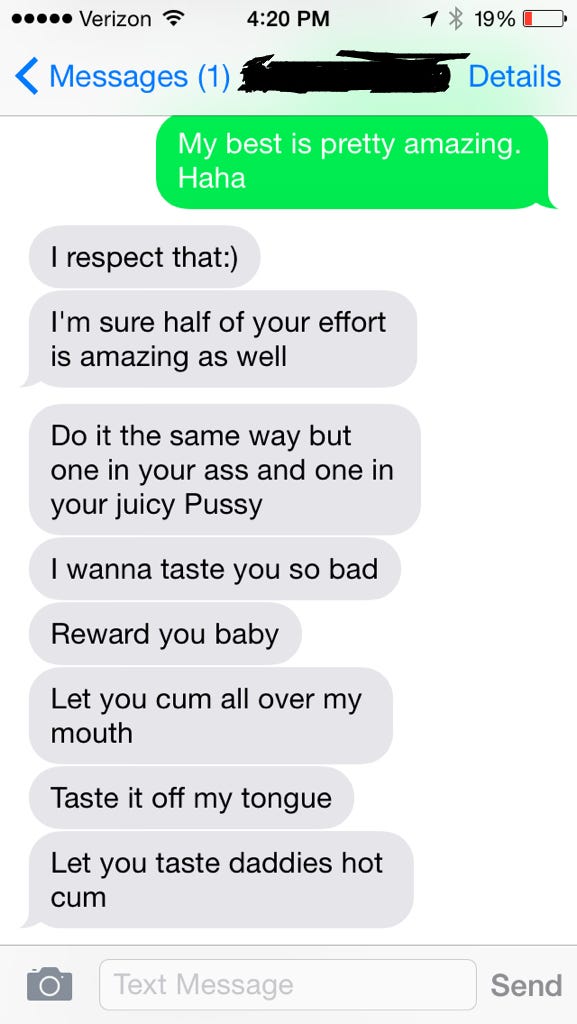 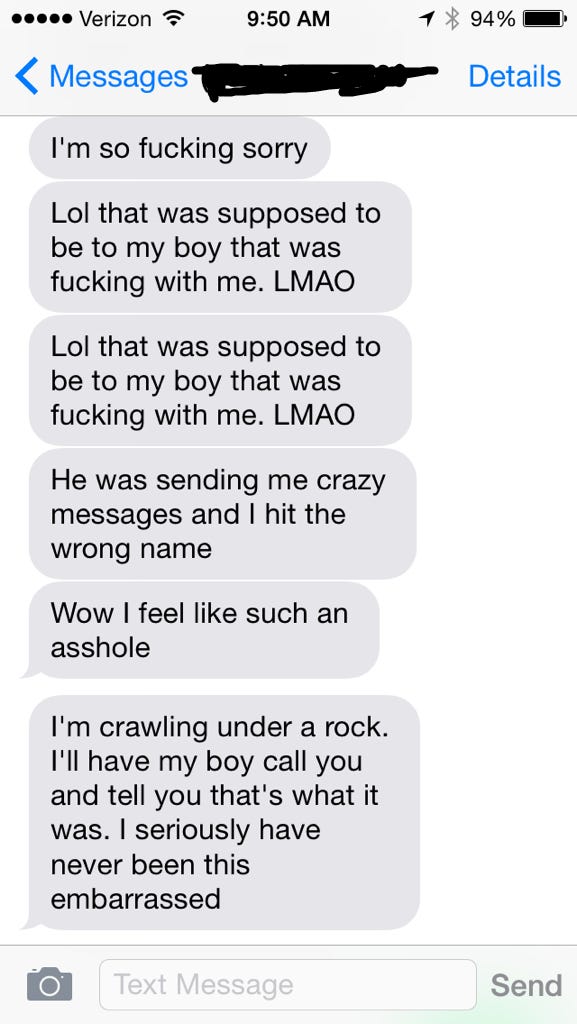 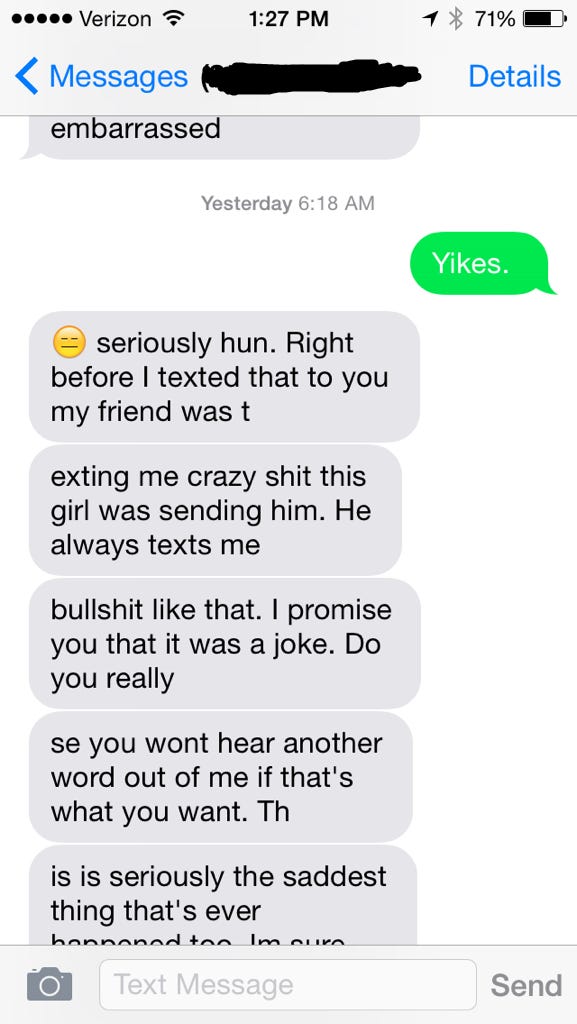 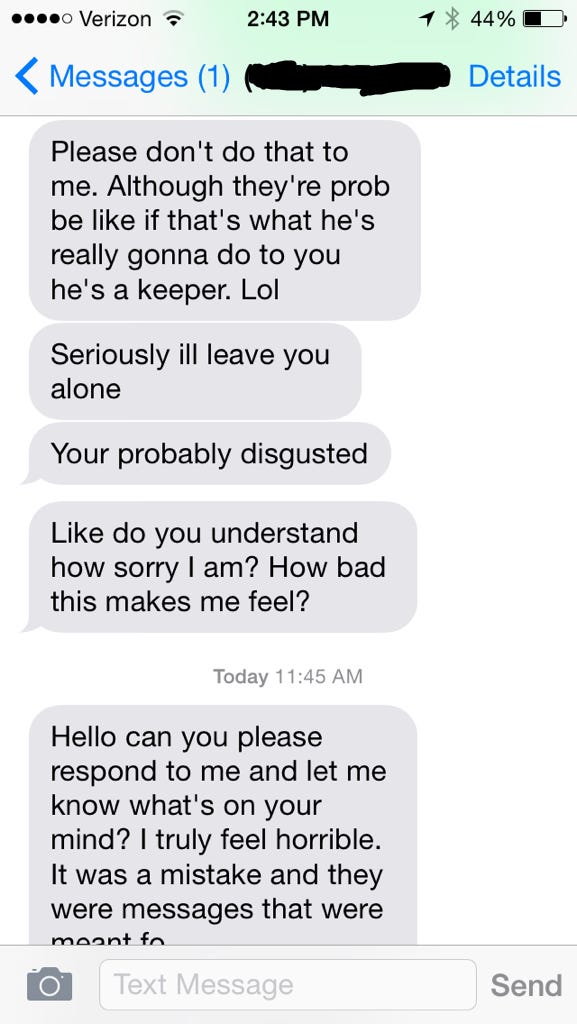 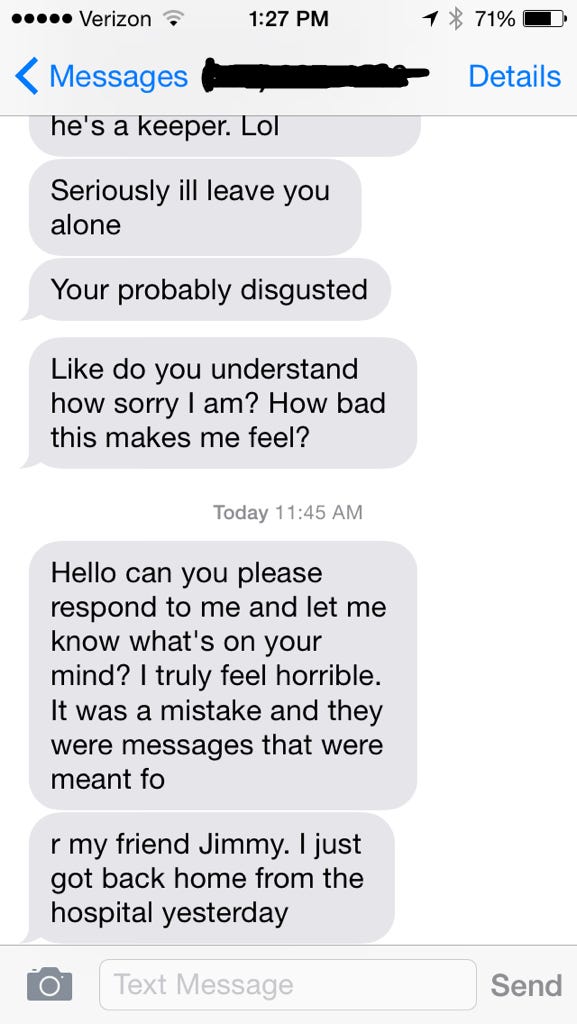 And that’s just how the cookie crumbles sometimes. One second you’re saying nice to meet you and the next second you’re telling her to taste daddy’s hot cum.  I love his excuse that he was texting his buddy Jimmy. Umm bro that’s even weirder. Just say it was some some other chick or something. It’s not like you two were dating yet. Although I will say maybe the craziest move was this girl actually responding with “Yikes” half way through. Rule 1 of the psycho texting game. Once you go dark stay dark. If you break radio silence that basically gives the texter carte blanch to start being crazy all over again because they know you’re involved.