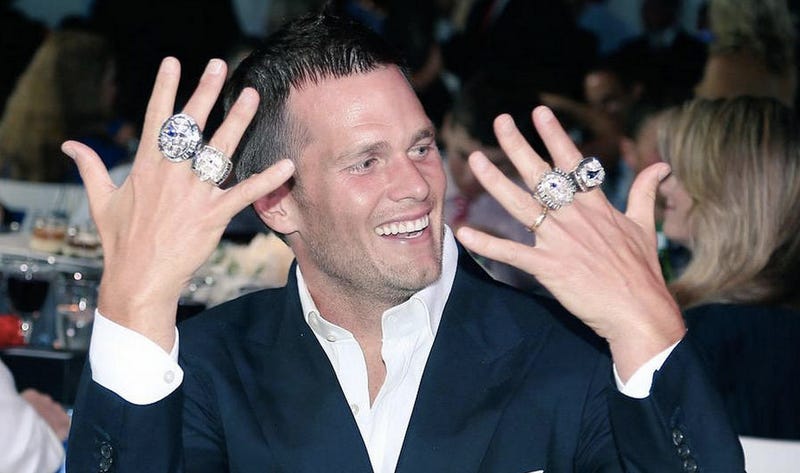 (PFT) – Per Boston radio station WEEI, Manley’s comments on Brady went like this: “Let me ask you guys a question: who would you take, Joe Theismann or Tom Brady? I’??m taking Joe T. I’ve got a guy [at work], he loves Tom Brady, and I think Tom Brady, I ain’t gonna go there, but Tom Brady can’??t even pack Joe Theismann’s jock. This [co-worker], that’s all we debate all day is about Joe Theismann or Tom Brady. I think Tom Brady can’t pick up a first down. He has no athletic skills, he’??s surrounded by good people, but the guy is in the toilet, in my opinion. In my opinion he’??s in the toilet. “I’ll take Joe Theismann, I’ll take [Matt Ryan], anything over Tom Brady. I’ll take Joe Theismann first, I’ll take Matty Ice second, and I might take Doug Williams third, but I’m not gonna take Tom Brady to lead my team nowhere. “Tom Brady is garbage. He can’t pick up a first down. He has no athletic skill. He’s surrounded by people, but Tom Brady is garbage. Garbage!” “Matty Ice is a pure passer. He can pick up a first down. I don’t know if he’s an athlete, he’s from Boston somewhere, but I’ll tell you what, he’s much better than Tom Brady.” According to Dan Steinberg of the Washington Post, producers of the show on 106.7 The Fan in D.C. dumped a portion of the interview in which Manley referred to Brady as a “queer.”

I’ve done a little research (Nate Gchatted me then I didn’t look anything up) and I guess Dexter Manley is a retarded person? Not a “Haha this retard wants Theisman, Matt Ryan and Doug Williams over Tom Brady” retarded, but an actual retarded person. The kind of retarded person who reads at a second grade level and drives around for hours because he can’t read the exit signs so he doesn’t know where to get off the highway. Seriously.

Since that’s the case, you can’t really get mad at this. Is it dumb? Of course. But I’ve never scolded a mentally disabled person for saying 1+1=3. I’ve never gotten mad at a puppy for peeing on the floor. They don’t know any better, they don’t have the mental capacity to not do, or say, stupid things. I wish Dexter Manley was here right now so I could tell him, “Hey it’s OK little buddy, that was a good try at saying something smart. Here, let me help you out a bit,” then show him game film or that picture of Brady’s rings. Pretty much treat him like Holly treated Kevin in The Office. Listen, Dex, I know everyone’s mad at you for being a moron, but I’m not. I “know” you’re retarded, so it’s not your fault. You’ve had a big day.