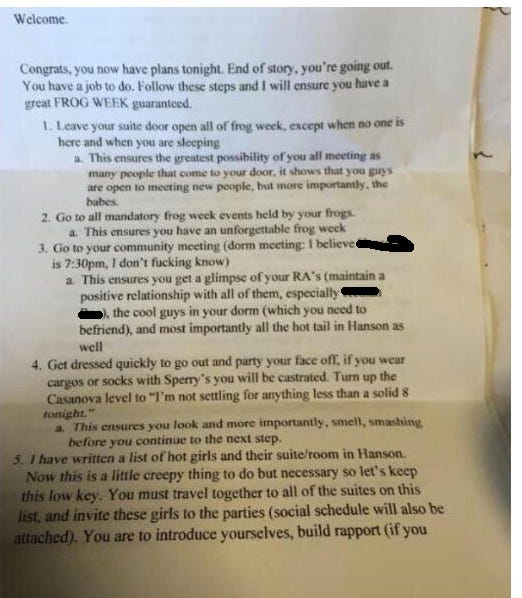 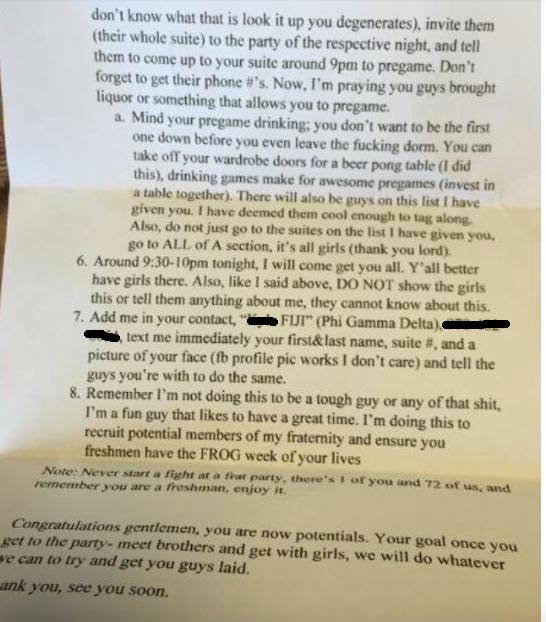 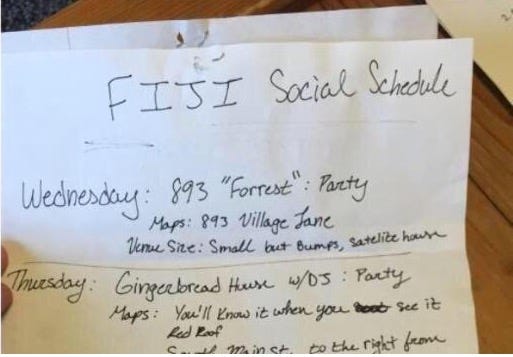 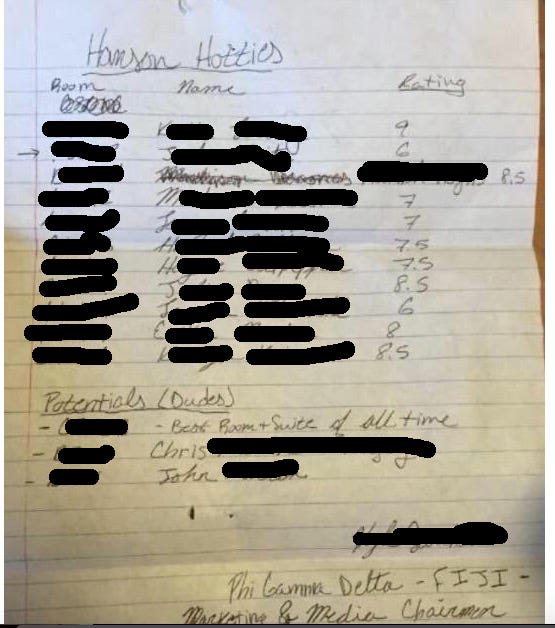 This is a letter that has been going around the JMU campus of some douche RA who looked up the names to all the kids in his dorm and picked the cool ones and sent them letters of “potential recruitment.” He also looked up all the girls and rated which ones were hot and not. Read these pictures it’s great.

I want to say that you have to be the stupidest person in the world to type up a letter like this and publicly distribute in 2015 when the internet exists…but that would be an insult to the current stupidest person in the world. This is like some next-level stupidity shit that they can’t even chart or measure yet. To the point where I’m not convinced somebody didn’t just write this up and put a kid’s name on it to embarrass him or get him in trouble or something? I mean that’s the only reasonable explanation right? Yeah there are plenty of douchey and creepy bros out there, in a fraternity or not, but somebody who is that braindead that they would spread this around with their name and phone number and fucking frat title on it surely wouldn’t have made it to the age of 19-22 without being killed off in some Darwin type survival of the fittest shit right?

Hey the dude isn’t all bad.