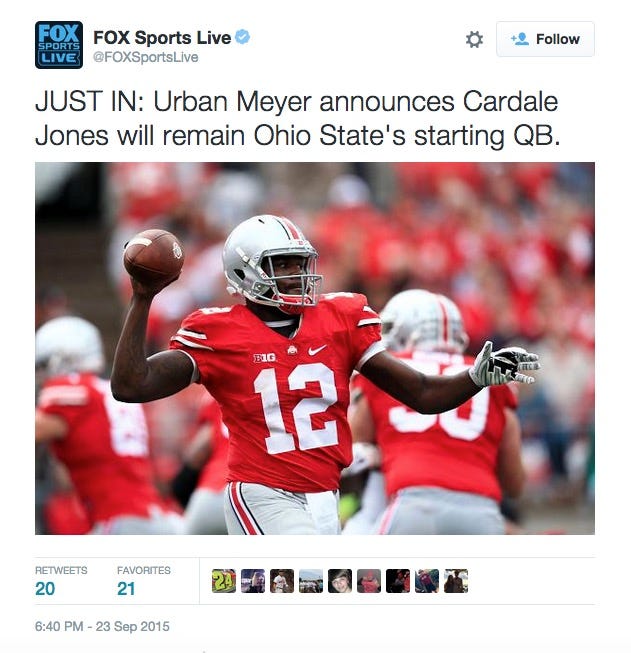 COLUMBUS, Ohio — There is no change to the top of the depth chart at quarterback for Ohio State.

Despite some rocky performances over the last two games, coach Urban Meyer will stick with Cardale Jones as his first-team option for the No. 1 Buckeyes heading into Saturday’s matchup with Western Michigan.

“Cardale is going to start,” Meyer said after practice Wednesday. “The other guy has to pass him, and that hasn’t happened.”

“He is the guy, unless he doesn’t perform well,” Meyer said. “But it’s not him [causing scoring problems], it’s the offense that’s in a funk.”

Oh hey would you look at that, Urban finally got around to deciding having a starting quarterback for the #1 team in the country was a good idea. Now I know what you’re thinking – isn’t it way more effective to have 2 young college kids constantly looking over their shoulder knowing that the next mistake they make is going to get them benched and the other Heisman-worthy player will immediately be sent in to replace them and if they do well maybe they’ll stay in forever and you’ll never sniff the field again and everyone will forget you exist and pro scouts will lose interest and you’ll end up pumping unleaded at a local gas station in Columbus wearing your old practice jersey hoping somebody will notice you and ask you to autograph their Ho-Hos wrapper? I mean we saw it work to perfection against Northern Illinois, that MAC powerhouse – come out flat and make a couple bad throws, your ass is on the bench sulking on your Twitter profile. 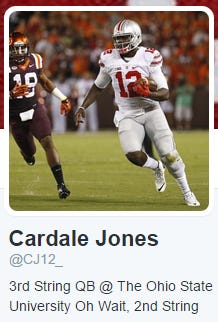 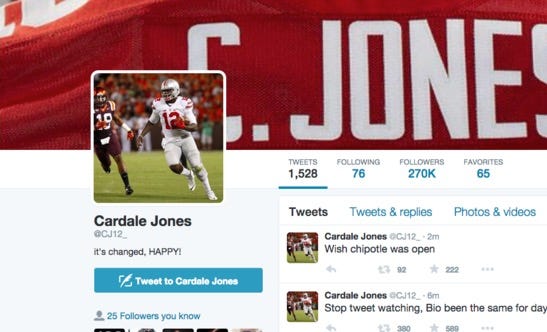 But no, Urban is going to have to disagree with you there. Better to give one guy the starting gig, give him a little rope while empowering him and making him the official leader, and know you have an incredibly capable backup just in case he gets hurt or ends up sucking. That’s how you avoid Sad Pizza folks. 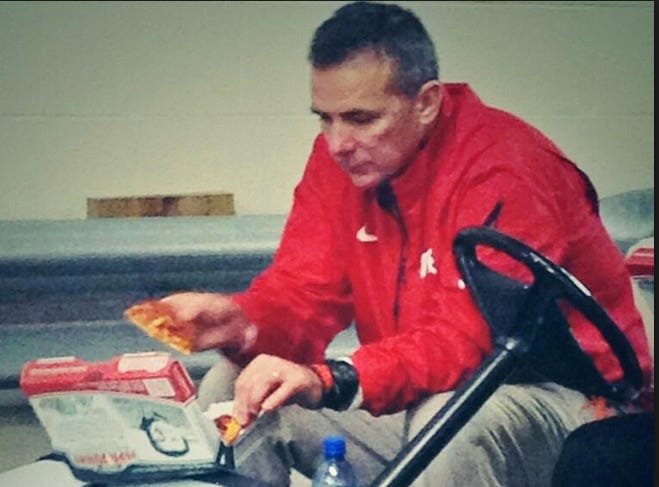 All on you now Cardale, time to go out there and earn that #1 pick.