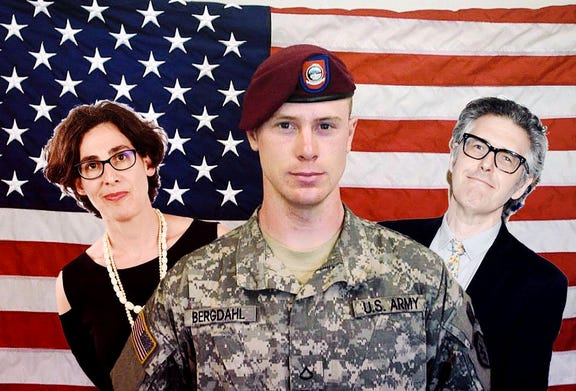 The Verge - Ever since the first season of the mystery podcast Serial concluded, there’s been considerable speculation about what host Sarah Koenig and team are working on next. According to a new report from Maxim, the show will be tackling the controversial case of Sgt. Bowe Bergdahl. In 2009, Bergdahl disappeared from his post in Afghanistan, was captured by Taliban forces, and eventually had his release secured in 2014 through a trade for five Guantanamo Bay detainees. But Bergdahl’s motives for leaving his post remain opaque. (Matthew Farwell, who worked on a Rolling Stone story about the case with journalist Michael Hastings, broke the news at Maxim.) Bergdahl was eventually charged with desertion and faces life in prison. Former members of Bergdahl’s unit have already been interviewed by Serial producers, according to Maxim, while the show’s producers have reportedly also teamed up with Page 1 Productions, which has been hoping to turn the Bergdahl story into a film. Maxim reports that “one of the two upcoming seasons” of Serial will focus on the case, although producers for the show would only say that they are “working on several things simultaneously,” including the two scheduled seasons of the podcast.

There’s been a lot of speculation as to how Sarah Koenig and Serial can follow up their smash hit from Season 1 with Adnan Syed and the murder of Hae Min Lee. To be honest I think its completely impossible to replicate the full success of season 1. I think it was the perfect storm. Almost like True Detective Season 1. Probably cant ever top that. And of course people will continue to watch subsequent seasons of True Detective but I think the combination of Niz Pizzolatto’s original life long creation combining with the emergence of McConaughey, the perfect foil of Woody Harrelson, all right as the idea of a 1-off, 8 episode anthology season became hot, just cant be topped.

I think thats the case with Serial and Sarah Koenig. It was the original idea. Probably the topic that struck home with Sarah Koenig and her team so much so they dove into this project. True passion like that is hard to replicate. The perfect controversial case, a quote unquote unsolved mystery with so many loose ends, and such incredible access to everyone involved in the case from the culprit to the witnesses, I would just be shocked if they can catch lightning in a bottle twice. Season 1 was spawned by the intrigue of the topic, season 2 is kind of the opposite. The podcast exists, now lets pick a topic. That changes the dynamic a bit.

Now all that being said, the premise of Serial is simply an intriguing “story told week to week.” And in that sense, I think this will still be a great podcast to listen to. The subject matter is incredible. The case of Sgt. Bergdahl’s disappearance, capture, rescue and subsequent imprisonment is fascinating. Sarah Koenig is obviously a great story teller. You’d have to imagine the worked out some kinks from season 1 and improved upon some things production wise. I dont know if it will be the cultural phenomenon that Season 1 was, but this topic is more than enough to hook me in for season 2. Again, my only concern would be if they can get access to interviews and phone calls and evidence and documents in this case. I would imagine investigating the goings on of a controversial US soldier in Afghanistan is a bit harder than one random murder in Baltimore. But I’m sure there are a plethora of people with knowledge of the topic and tons of material that fell through the cracks when this bizarre roller coaster story was first told through the news. Whether its season 2 or 4, count me in for this rendition of Serial.