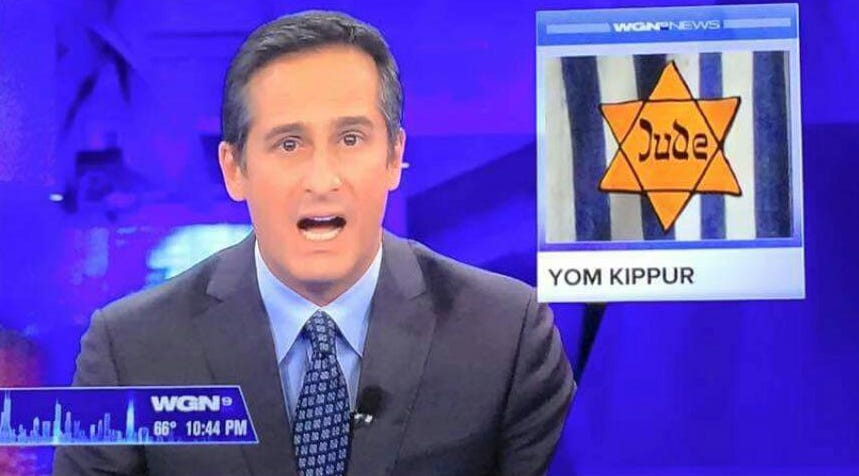 Look I know the internet is going to get outraged by this and they have every right to be upset. That’s a mistake you can’t make if you run a news show or if you’re just a regular human being with a functioning brain. I don’t know who is in charge but someone has to have just an ounce of common sense and say, hey wait a second, isn’t that the marker they put on Jews before they were sent off to gas chambers, maybe let’s find something else to put on everyone’s television screen.

But, with that said, I can’t get mad. Why? Because it’s WGN. For non Chicagoans I can best describe it this way. You know the dumb entertaining friend that you have that will sometimes say shit that absolutely stuns people. They’re nice people and don’t have a malicious bone in their body but sometimes they’ll do or say some really really stupid shit that makes everyone pause and be like what the fuck is this guy’s problem? And you just stand there and say don’t worry, he’s actually a really nice guy, he’s just a little “off”. That’s WGN. They’re the “off” friend. So yes this is incredibly stupid and deserves criticism and scorn but I also will not stand for any mock boycotts or outrage that lasts more than a day or two. That’s just our “off” friend, sometimes he does dumb shit because he’s a little goofy, all we can do is shrug and know they weren’t actually trying to hurt anyone.