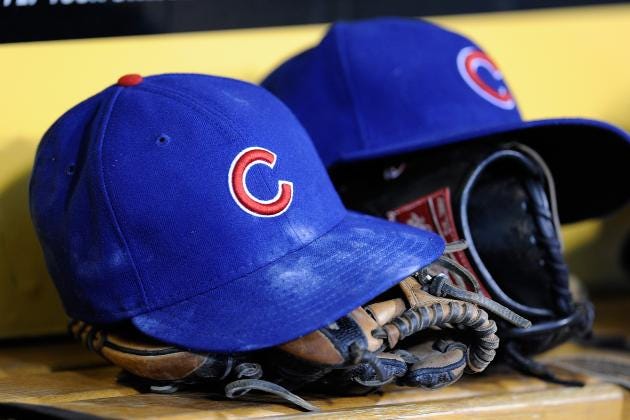 Lots going on right now and I’ve admittedly not done shit to keep you in the loop on it so let’s not fuck around here and instead just get down to business.

1. Joe Maddon brought a zoo to the ballpark yesterday before our game against the Brewers. Like an actual zoo with endangered animals and all that shit. And while I know I should be talking about the playoffs first, I  just want to first get something really fucking clear –> Joe Maddon is the MAN. Normally the zoo shows up in April around here. Not with Maddon. No. He takes you to the cusp of the playoffs THEN hits you with the zoo. Such a savage move. Also kinda savage move that he let all the players bring their families and related loved ones to the ballpark to enjoy the show. Here’s easily the best picture from yesterday’s event:

2. The Cubs (aka We) are now 27 games over .500. Go ahead and let that marinate. Good. Now flip over and get the other side. Even better. Let that fact just soak up into every pore on your dad bod.

3. Starlin Castro is my whipping boy. Literally everyone knows that. I walked into the 7-11 around my corner the other day and my guy Ali Baba was like “Hey carl STARLIN KICKS ASS” and I was like “Take it easy A-B I’m just here for the hot pockets.” Point is this – (1) philly steak and cheese hot pockets >>> and (2) Starlin has officially picked his game up and regained my trust. Like BIG TIME. And given that I’m your unofficial volunteer Cubs blogger here at Barstool, that pretty much means he’s regained your trust as well. Let’s talk about it:

4. First the bad, because you can’t just start blowing a guy that really has sucked for 80% of the season. He still sucks at defense and will undoubtedly make at least one bonehead play in the World Series this year. (See what I did there?) So the stuff that makes Starlin so frustrating likely won’t ever change and guess what? That’s okay because over the last month he’s hitting close to .420. Since the All-Star break? .298. And he’s turned the power on in the second half as well posting a 109 OPS+. Attribute that to more extra base hits in the second half (16 vs. 14) in just a fraction of the games (54 vs. 86). So needless to say, it’s a-okay to accept the bad stuff when you can offset it with his true talents – offensive production.

Some things you can infer from the uptick in production. First, everyone knows Starlin performs better when he’s not being asked to really do too much. I mean just look at his history with the Cubs. Young kid with nothing to lose? All star. Sign a big deal and build a team around him at short? You get dogshit. Add some more young guys around him putting pressure on him to be “the guy” ? Equal amount of dogshit spread evenly over the first 4.5 months of this season. But take him out of the lineup as the everyday shortstop – effectively communicating that this team is headed places with or without him – and you get the Starlin that we all loved back in 2010 and 2011. He’s never going to be an all star (then or now) because he’s a well rounded player outside of being a 38 waist. But put him in situations with limited pressure both offensively and defensively, and you get an unbelievably talented player. Which is why he’s going to be one hell of a second baseman for us in October.

5. Speaking of October, I wrote back in March that this team would be as good as Jake Arrieta allows. I tried to find the blog on our server but I’ll go ahead and let you imagine the difficulty in that so just take my word for it  – I said those exact words. So it’s nice to reflect on just how good we’ve been in conjunction with just how good Arrieta has been. Specifically, this motherfucker’s ERA is down to 1.85 after shutting out the Brewers. He now leads the NL with 20 wins and 3 shutouts. Also, he’s 10-1 with a 0.90 ERA in the second half while limiting opposing hitters to a 26 OPS+. For context, Clayton Richard has posted a 31 OPS+ this season. So really, if you had to bet on (1)  your average MLB pitcher vs a team full of Clayton Richards or (2) Jake Arrieta against an actual major league baseball team, you’d probably be better off at this point taking Arrieta.

6. The Cubs moved the rotation around this week so that Arrieta gets two more starts on 4 days rest, which means he’ll then be on 3 days rest for the one-game playoff. He’ll be ready to go, and it’s encouraging to see the front office/management has been smart enough to get things in order for the playoffs. Then again, it’s exactly what we’ve come to expect as Cubs fans. This organization hasn’t made a mistake in a long time. And no, no one gives a shit about Edwin Jackson’s miserable fucking contract anymore.

7. I don’t want to get too ahead of myself (yes I do), but I’m hearing rumors that Yadier Molina is done for the year. Not the same rumor mill that told me Papelbon would be a Cub in June for Kyle Schwarber, but a different rumor mill. One that is up and running at full strength right now. And for that, I say bring me the Cardinals. Bring them to me right now on a silver platter with those delicious red apples stuffed right in their fucking mouths. Because let there be no doubt, if we get to the point where we square off against them in October, we will murder them without Yadi. I’m talking MURDER. Their backup catcher might as well be Matheny at this point because if you think you can just plug and play the most important guy in that organization with Tony Cruz’s .178 average and .438 OPS then boy oh boy do I have a bridge to sell you too.

Yadi is the mother ship in Independence Day. Take that bitch down and the whole thing will fall to shit. The Cardinals simply cannot succeed without him. He’s so good at calling a game that the drop off between him and the next guy is too substantial. So if he’s out for the playoffs, you have to love love LOVE the fact that we’re hosting (yes, HOSTING) the Pirates with the best pitcher in baseball, and then staring down the barrel of a 5 game series with the red birds. It’s almost too perfect.

8. Again, not to get too ahead of myself, but I want to close things down here by talking a bit about the lineup. Some early talk going around about what a one game playoff lineup would look like. Here’s my take and remember we’re likely facing Gerrit Cole:

I want Coghlan there but his infield defense is just too shoddy for a one game playoff. That and I like him coming off the bench in the 7th/8th. He puts together awesome at-bats, doesn’t strikeout, and is flexible enough to play around the diamond making the double switch that much easier to pull off with limited negative consequence.

I also think Baez just isn’t ready for that moment to start. Off the bench? Most certainly. But if we’re being honest, you have to imagine Joe Maddon is going to give the chance at second to Castro because that’s how he rolls. Give it to the old guy.

I think Soler is a better matchup against Gerrit Cole’s power stuff than other alternatives. I think he’s going to play up in a big moment. And I think he’s going to be riding pine as soon as we take a 2 run lead by the 5th. At that point you’ll see Jackson come off the bench to man right field. Or maybe left. Honestly it doesn’t matter with Arrieta on the mound as outfield play becomes that much easier when no one can really square the ball up.

9. Finally, we have one more with the Brewers today. We’re going to sweep. We’re then taking an off day where Joe Maddon will presumably host a small cookout at his RV for team building purposes. Strippers likely optional. After that we’re hosting the Pirates starting Friday. The winner of that series will host the play-in game. So that’s what we need to focus on. Winning that series against the Pirates. And with a 7-1 record over our last 8, you’d have to like our chances.

10. Double finally, the Cubs have the best record in baseball since August 1st at 33-15. 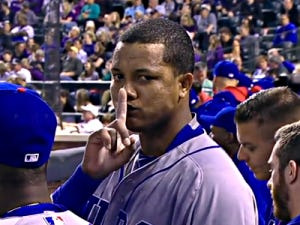 We are (soon to be) Champions.