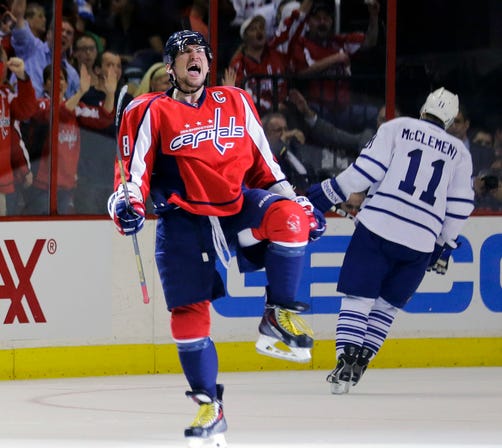 My goodness, we’ve made it. Sing your song from sea to shining sea! Caps hockey is back. Preseason game number 1 is tonight. The long summer is over. The weather outside is a crisp 75. The basic bitches have broken out their brown boots (alliteration on fleek). The Redskins even won a game! The world is smiling today. The grass is a tad bit greener. The beer is colder and the ice at Verizon center is fresh. In just 19 days, that’s right, under 3 weeks, the regular season kicks off. The Caps roster is pretty much already set, and this team is locked and loaded and ready to go. Just have to figure out who is playing second line center (Kuz? Burra?), where Tom Wilson will play (they don’t want him to continue agitating on the 4th line, time to be a power forward and start utilizing the skill aspects of his game), and how Orlov will replace Mike Green (my guess: pretty well).

It’s also our first look at Oshie in a Caps sweater. Captain America in the Nation’s Capital.

While there’s a 98% chance the Nats don’t make the playoffs, the Caps season is starting right on time. The Wizards will be right behind them, followed by Terps basketball. Good things are happening. Fall is so great.