Rule #1 of having a samurai sword. You better be prepared to use it if you get in a fight. Like there is no point carrying it if you’re not gonna cut people’s limbs off with it when the shit hits the fan. That’s how you end up knocked out cold on Cranston Street with people taking pictures an inch from your face. 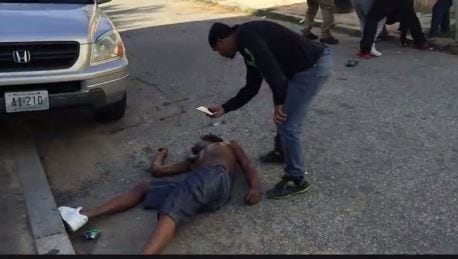 I mean seriously can it get more demoralizing than that? Like let me be knocked out in peace rather than making it a scene out of the movie Friday. Not to mention the fact the guy who kicked him in the head had the most casual knockout kick ever. Just kind of strolled up to him and booted his brains in.

PS – I don’t care what anybody says about this crackhead. Those Fat Albert jeans are fire! 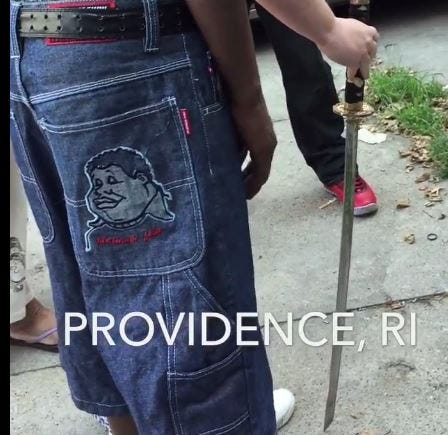