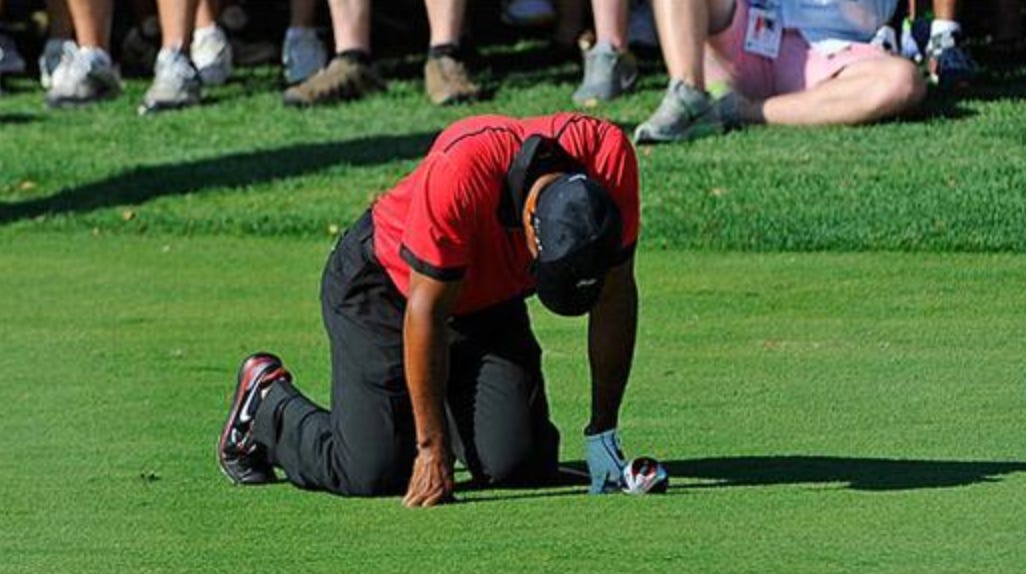 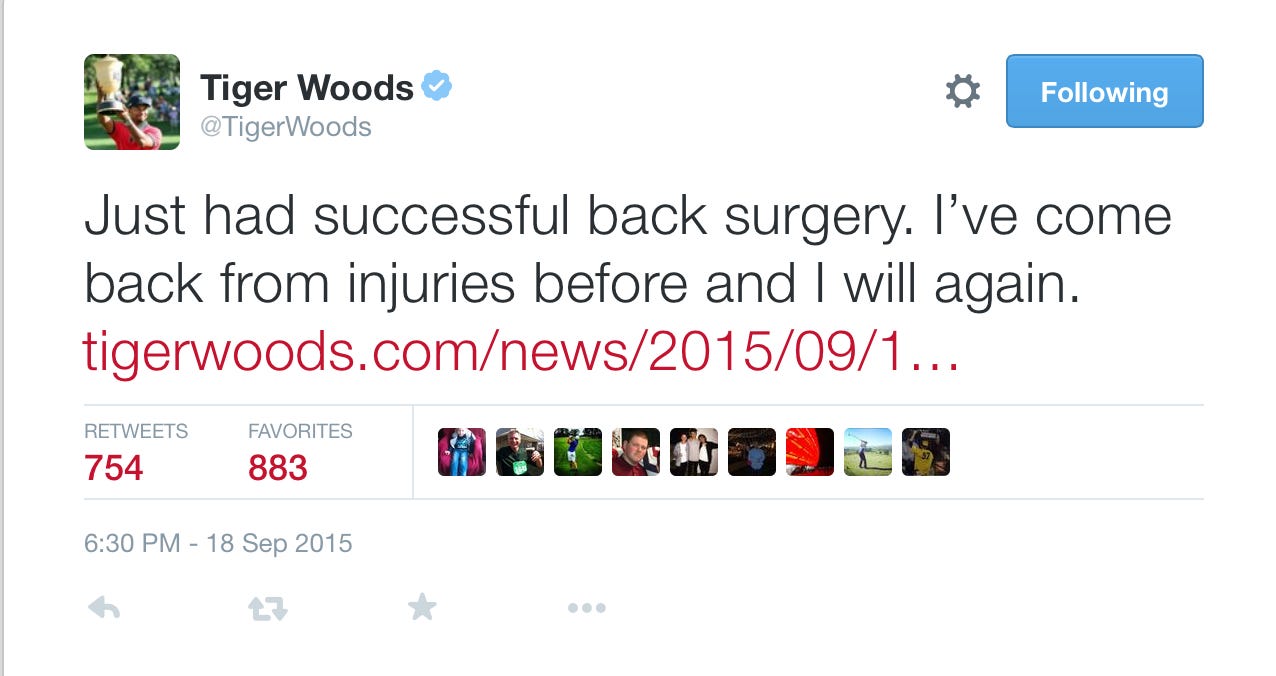 TW.com- Tiger Woods, a 14-time major champion and winner of more than 100 events worldwide, announced Friday that he has undergone a second successful microdiscectomy surgery on his back. The first was done March 31, 2014. The surgery was performed late Wednesday in Park City, Utah, by neurosurgeon Dr. Charles Rich. Dr. Rich also performed the initial operation.  “Tiger Woods underwent a microdiscectomy late on Sept. 16 at Park City Medical Center,” Dr. Rich said. “With the upcoming offseason, the decision was made to remove a small disc fragment that was pinching his nerve. The microsurgery was a complete success, and he was discharged Thursday night.” “This is certainly disappointing, but I’m a fighter,” Woods said. “I’ve been told I can make a full recovery, and I have no doubt that I will.”   Although a full recovery is expected, Tiger will be unable to play in the Frys.com Open, Bridgestone America’s Golf Cup presented by Value in Mexico City and the Hero World Challenge at Albany in the Bahamas.  “I’d like to send my regrets to Frys and all those associated with the America’s Golf Cup,” Woods said. “Those were two events I was really looking forward to playing. I was ready to start the 2015-16 PGA TOUR season at Frys, and I was excited to join my good friend Matt [Kuchar] in Mexico City. “I will be attending my foundation-hosted Hero World Challenge but won’t be able to play. I appreciate everything that Hero does for the Tiger Woods Foundation, and I have a great personal relationship with Mr. Munjal [vice chairman and CEO of Hero MotoCorp]. I look forward to being there to support my event.”  Tiger had felt some occasional discomfort in the back and hip area the last several weeks, including at the Wyndham Championship. An examination clearly showed that the random discomfort was coming from his back, and Woods elected to have surgery quickly in order to return to the PGA TOUR as soon as possible.  Woods will begin intensive rehabilitation and soft tissue treatment within a week. Healing and recovery times differ for each individual based on many physiological factors, but Tiger is encouraged he can return early in 2016. “I appreciate the fans’ concern and support,” he said. “This is unfortunate, but these things happen. I’ve been injured before and played again. It won’t be any different this time.”

Phew!  I’m actually relieved about this news even though it kinda came outta nowhere.  Now we know that something has been wrong with Tiger and that’s why he struggled at times this season. He’s had problems with his back in the past and it sounds like they flared up again.  This is not another Tiger excuse.  Nope nope nope.  I won’t hear of it.  He was hurt.  His body sucks now and those are breaks (pun) when you get older.  You can’t play your best when you’re not at 100%.  That’s something we all can agree on.  So now he’ll pack it in for the year and we’ll see him again in 2016.  Fully healthy. Ready to win a bunch of tournaments and become our hero again.  It’s gonna be great and I can’t wait.  Look out, young guns.