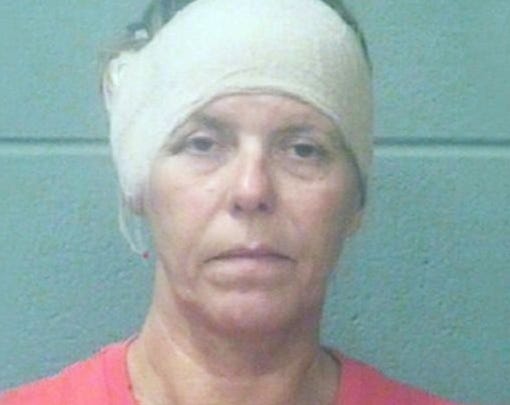 HP - A man whose testicles were allegedly bitten during a domestic dispute in Jacksonville, North Carolina, is recovering, an Onslow County Sheriff’s spokesman told The Huffington Post Thursday. Some earlier reports said the man had suffered either serious or permanent damage, but the spokesman said the victim required eight stitches and would eventually heal. “There was no actual long-term damage, nothing he couldn’t recover from,” the spokesman said. Delavega also was hurt when her boyfriend fought back after she bit him. “She had no major injuries, none that required hospitalization,” according to the spokesman.

I hate misleading articles. First they say this woman bit off his balls. Then they say nah never mind she tried to bite his balls off but he only needed 8 stitches to sew that sack back shut. Either way, the question remains the same—how in the world did she get to his ballsack during an argument? Were they mid-bang, he tried to stick it down the poop chute, and she freaked out? Or did she somehow bite through pants? That’s impossible. It’s impossible for a broad to get that clean of a shot at your nuts. I need way more details on this. I kind of blame the dude for allowing her to get that close to the marbles with her fucking mouth. Unless of course she tricked him and mid-dome she just went into attack mode. You’d never be able to enjoy a BJ again. PTSD like you head about.