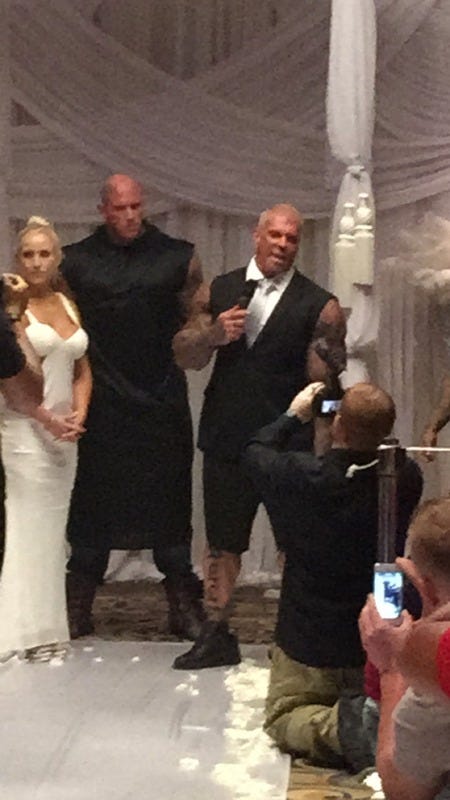 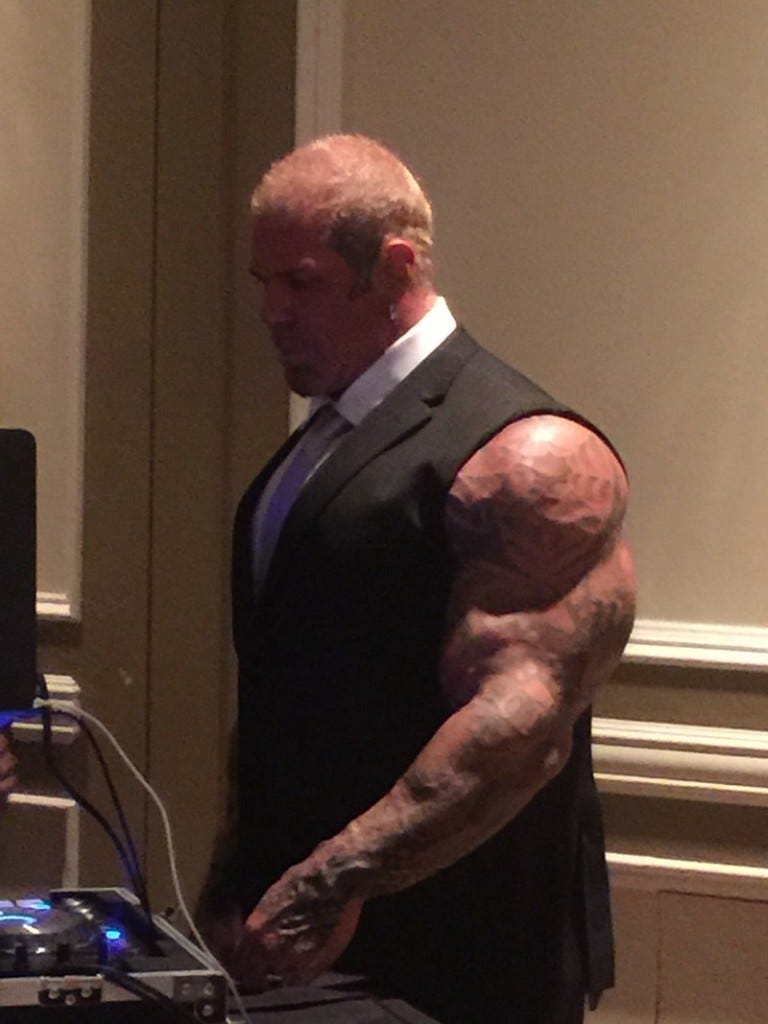 I know most people might find this kind of trashy and it may seem like this is some sort of ironic love of what bodybuilder Rich Piana is doing with his wedding ensemble but I genuinely think it’s fantastic. If you’re some big tatted up bodybuilder dude, that is your life. Everything you put into your body and do with yourself is centered around being swole as fuck to the point of looking hilarious doing basic daily activities. So why wouldn’t your wedding feature you giving everyone front row seats to a beautiful union of love and a gun show at the same time? One of the problems I have with weddings is they inevitably end up more about the families and which cousins aren’t invited or which bosses are seated a state line away from the main table instead of about the couple themselves. Rich Piana and his blushing bride are making this wedding work for them and, even if it looks more like a fake wedding for a WWE storyline, I think that’s pretty great.

The only move I question is having the groomsmen go no-sleeves too. I’m sure most of Rich Piana’s friends are fellow jacked bros who would pull off the look but you know he’s probably got some buddy from college in his wedding party who had to wear this tuxedo with his shapeless pale triceps on full display for everyone. Hopefully whomever that poor sucker is owns the look like a Barstool blogger at a WNBA game otherwise that’s just cruel.

Also I’m not kidding when I say that, while I respect this dude’s commitment to being huge and shredded, everything he does looks absolutely hilarious because he’s so jacked. Like showing off his sweet side: 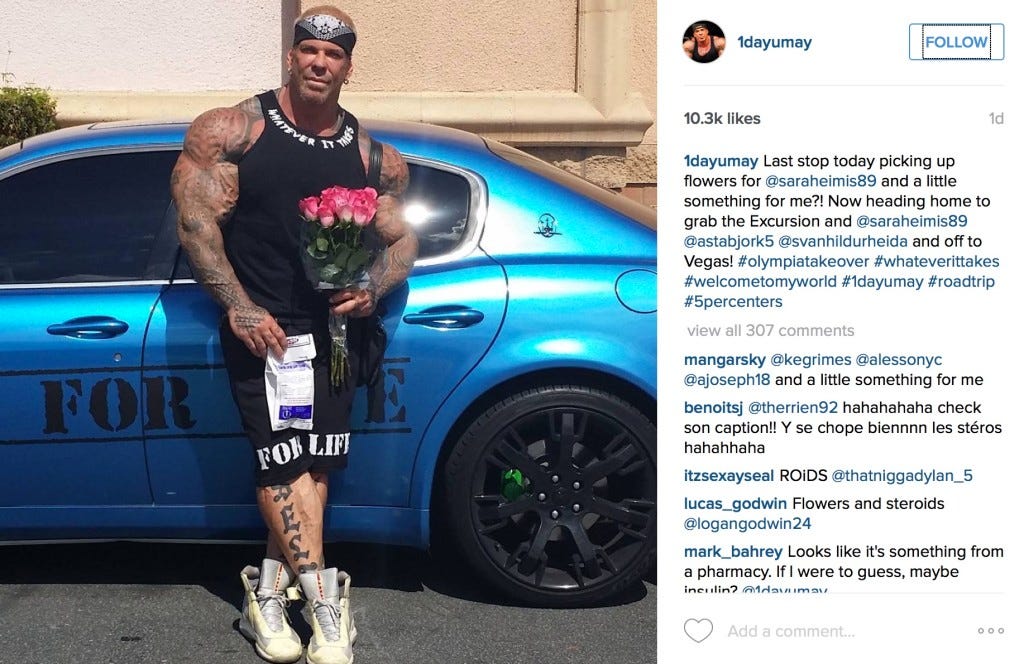 Or eating with a normal sized human fork: 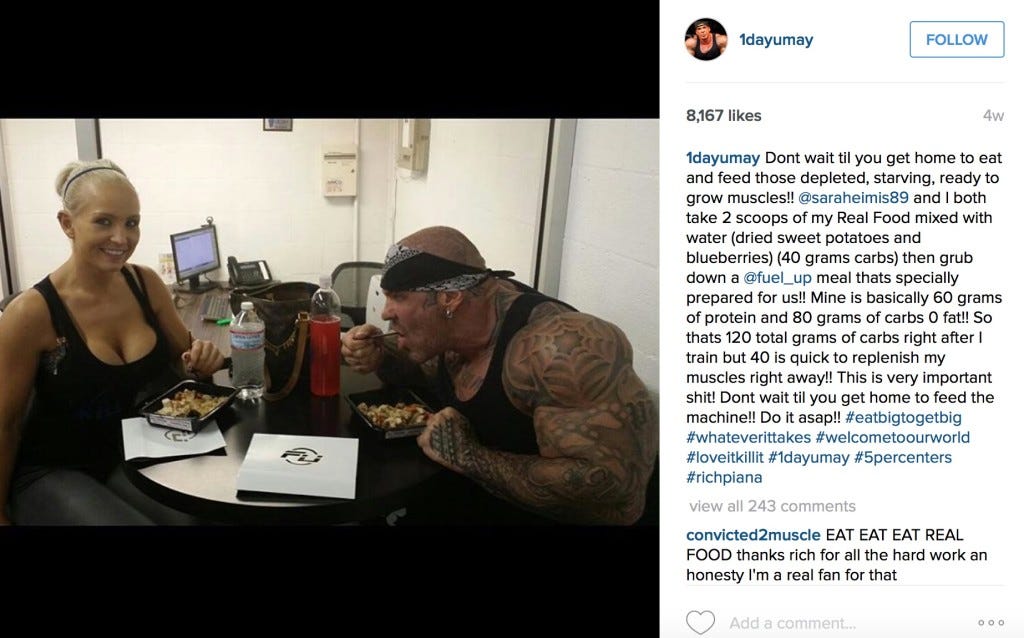 Or a romantic walk on the beach (with bonus wifey butt cheeks): 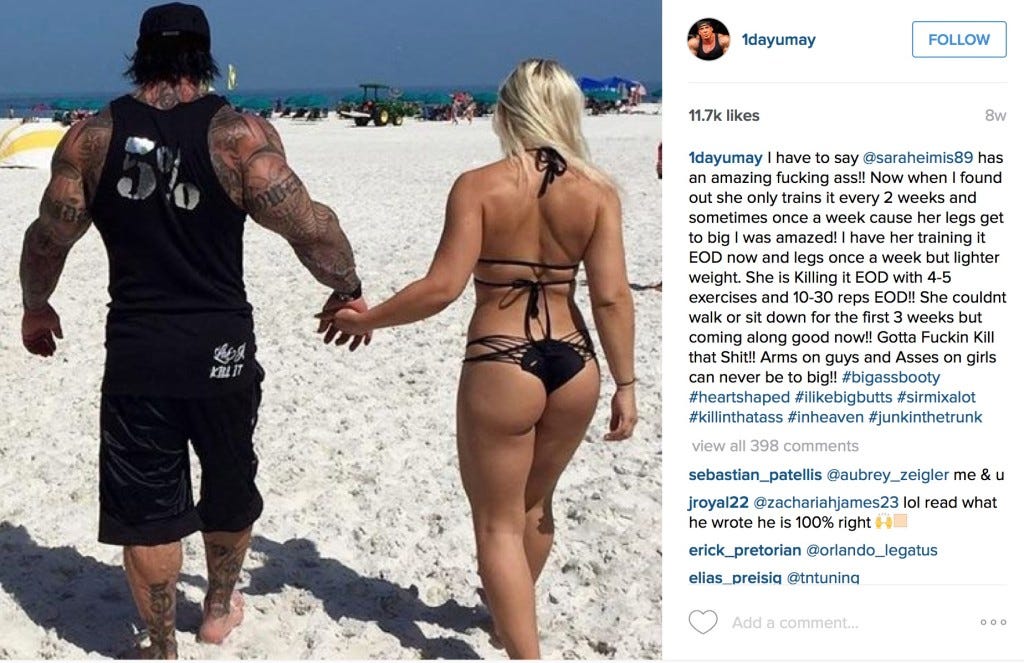