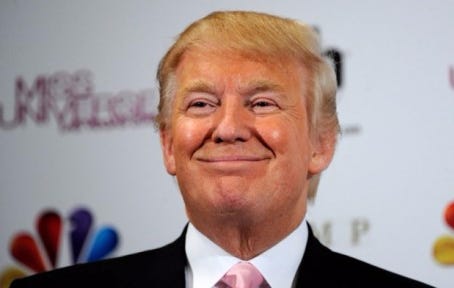 Independent – Donald Trump has linked vaccinations to what he dubbed an autism “epidemic” during a presidential debate. Mr Trump, who is the current frontrunner among the Republican presidential hopefuls, claimed autism rates have risen into an “epidemic” over the last few decades that is “totally out of control”. “Autism has become an epidemic. 25 years ago, 35 years ago, you look at the statistics, it’s not even close. It has gotten totally out of control,” he said. The property developer and TV personality said he had evidence of a relationship between autism and vaccinations after seeing an employee’s child diagnosed with the disability following an adverse reaction to a vaccine. Any link between autism and the measles, mumps and rubella (MMR) vaccine has been widely discredited after a 1998 researcher paper by Andrew Wakefield, claiming to prove the connection, was revealed to be fraudulent.

OK. I’m all for this spoon-fed billionaire with hair straight out of a fur-trap running for President. No, not because he’d make a fine Commander-In-Chief. He’d run this country directly into hell. Seriously, anyone who has ever been on a reality show should be disqualified from running for any office. I’m all for him running because his over-the-top entertainment is somehow exposing the hypocrisy that is American politics in the 21st century. I mean, who needs to lead and govern when you’ve got money and charisma? Plus, obviously, he’s white hot fire for blog material. But when Trump starts affecting real life people who are gullible enough to actually listen to him, shit gets serious. I don’t know about you, but this INFURIATES me.

Don’t understand how stupid of an issue this really is? This basically sums it up even for the greatest simpleton like myself: