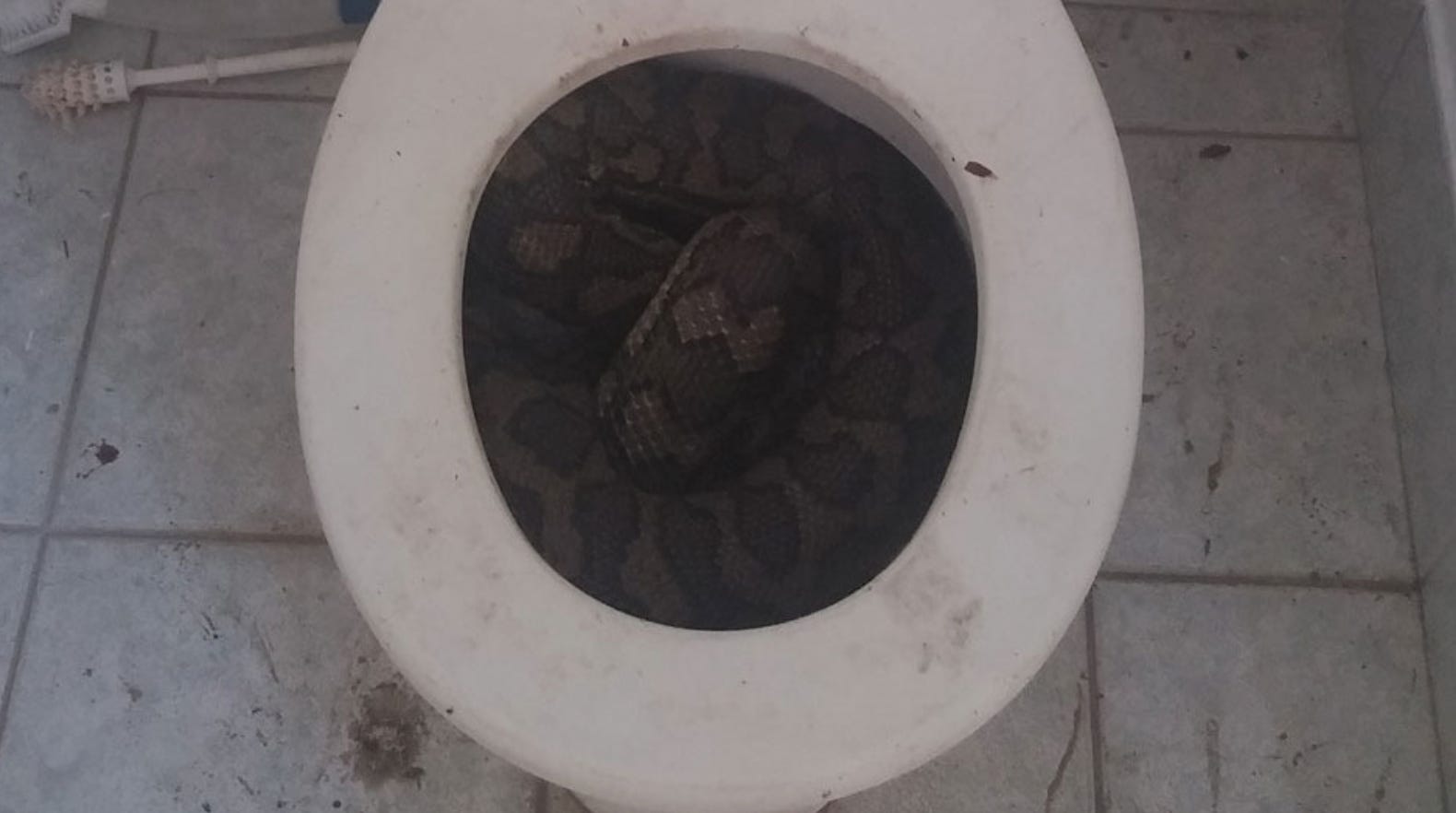 Mashable- In a whole lot of nope, two snakes have been pulled from toilet bowls in far north Queensland. Zoology student and volunteer snake catcher Elliot Budd was called in to remove the reptiles from their new porcelain home. He told Mashable Australia that while the phenomenon was uncommon, it wasn’t unheard of.  “Speaking to a few other snake catchers, they’ve heard of it happening,” he said. “Maybe it happens once every couple of years, if you’re lucky.” He’s most often called in to nab the reptiles from roofs, sheds or underneath people’s houses, he added. “I’ve had a couple in office buildings, which is usually a bit of a surprise,” Budd said. “I’ve had one on the top of a garage roller door, so when I put the door down it almost fell on top of me … There was one in a fire extinguisher box not long ago.” To remove the snakes, he had to just reach into the toilet and grab them. “The first one, we had to unbolt the toilet because he was stuck in there,” he explained. “The second one, basically, after 15 minutes of holding onto him, he eventually started coming out on his own.”

I hate to do this.  I really do.  I wrote a blog a few months ago that included video of a giant spider crawling out of a toilet.  It was unpleasant.  It was horrifying.  It was downright wrong.  I couldn’t shit comfortably for a month.  Sometimes it still pops into my head and it ruins my day.  Just a few days ago I got a tweet outta the blue from a kid who said he was still traumatized by the video and taking dumps have never been the same.  My logic for this blog is the same logic I had for the spider blog: since I saw it and got scared, I am forced to have other’s share in my misery.  Luckily this is only happening in Australia as far as we know.  Does that help?  Nope not really.  For the next week I will be checking the toilet for giant snakes before I sit down and refresh Twitter for twenty minutes (or if I forget my phone, read the back of a shampoo bottle).  If I’m living in Australia I don’t shit at all. Hold it as long as you can. It sucks too because taking a dump is the most relaxing part of every day. You’re alone, it’s quiet and no one is nagging you. Then here come big ol’ bad snakes to ruin the party. Assholes.